Roughnecks release player after use of racial slur 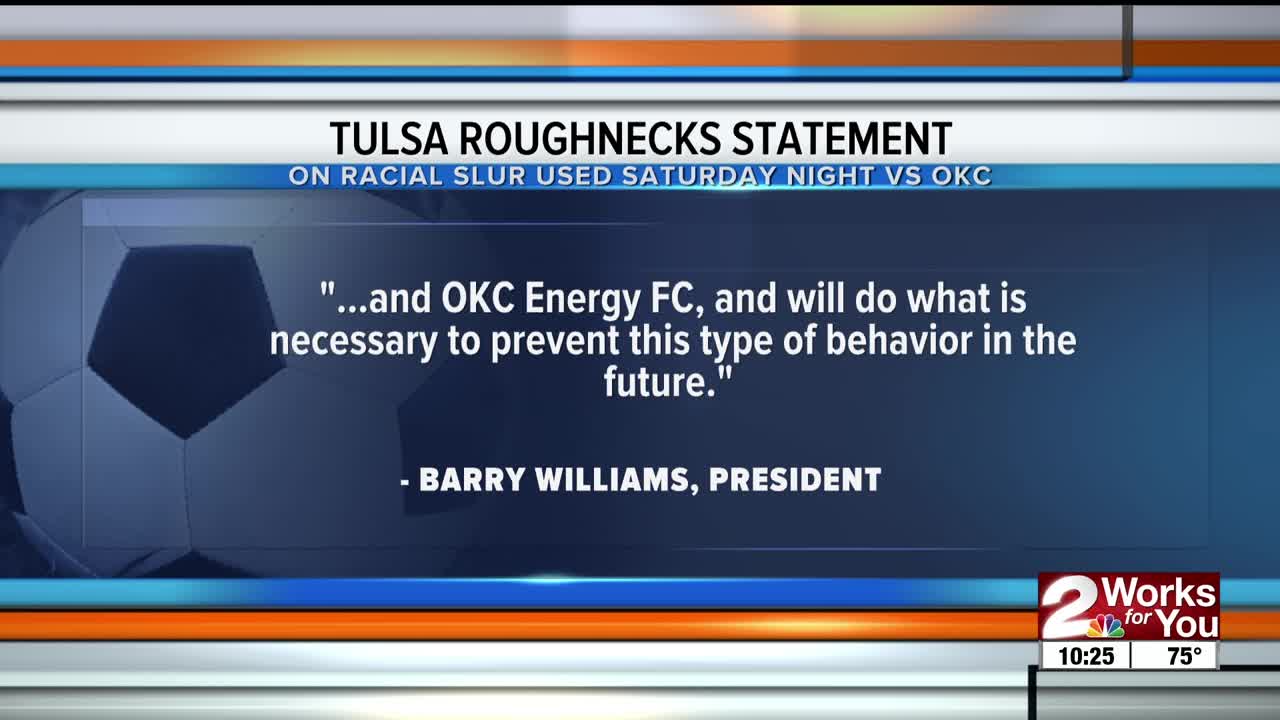 The Tulsa Roughnecks have terminated the contract of Fabian Bastidas after he used a racial slur towards an OKC Energy FC player.

TULSA — Horrible news coming out of the Black Gold Derby between Oklahoma City and Tulsa.

ESPN's Jeff Carlisle reports that the Tulsa Roughnecks have released Fabian Bastidas after he used a racial slur against OKC Energy's Atiba Harris.

Harris tweeted out Saturday that a Roughnecks player used a racial slur towards him twice during the match.

Tonight in our @USLChampionship game; a player from @RoughnecksFC called me the N-word not once but twice on the field to try to insult me. I told the ref but the game cont’d 🤷🏾‍♂️...We really need to put a stop to this nonsense @EnergyFC. Love over hate

The Roughnecks responded by putting out the following statement:

"The Tulsa Roughnecks announced today the termination of Fabian Bastidas’ contract with the club following his use of foul and abusive language during last night’s match with OKC Energy FC," said Roughnecks President Barry Williams. "The player’s actions are a violation of the league’s zero-tolerance policy, and do not represent the beliefs and values of our club – nor the community we represent. As an organization, we sincerely apologize to Atiba Harris and OKC Energy FC, and will do what is necessary to prevent this type of behavior in the future."

The next match for the Roughnecks is Saturday, May 4 when they travel to Reno.