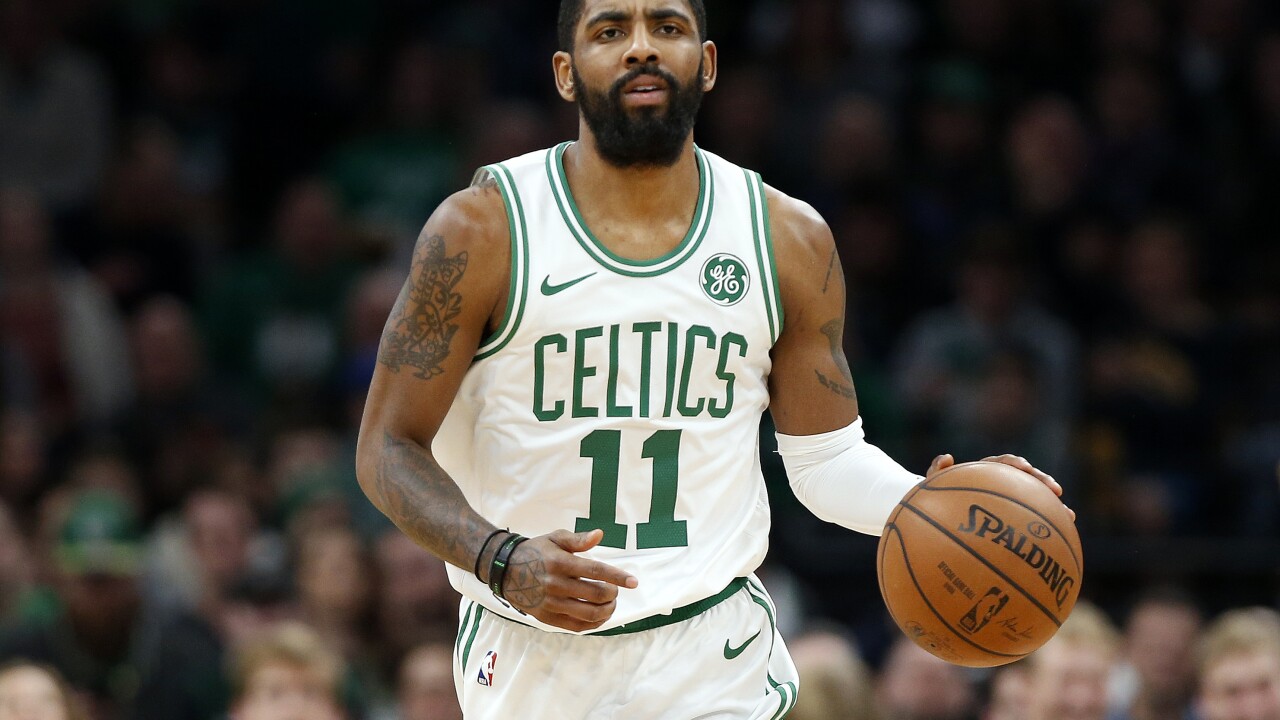 OKLAHOMA CITY — According to reports, NBA star Kyrie Irving will star in and produce a movie about an Oklahoma City hotel that is said to be 'haunted'.

The hotel in question is the Skirvin Hotel, which is located in downtown OKC.

According to Variety, numerous NBA players stay at the famed hotel when in town to play against the Thunder, but some players refuse to stay there due to its scary reputation.

Variety said the movie will be based on an upcoming Players' Tribune article, which details the history of the Skirvin.

Irving played six seasons with the Cleveland Cavaliers but is currently playing for the Boston Celtics.