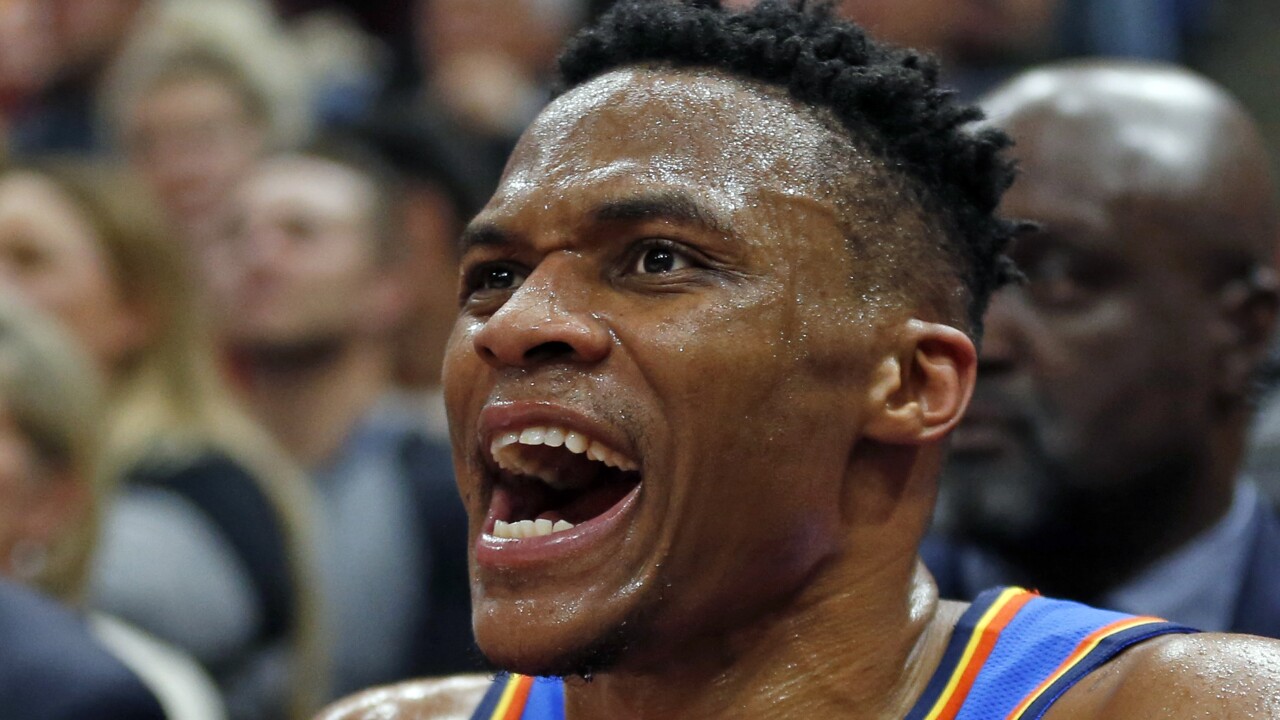 SALT LAKE CITY — The Utah Jazz has reportedly banned a second fan permanently after a video surfaced showing a fan yelling something offensive at Russell Westbrook.

The Desert News reported the video is from a 2018 postseason game, which allegedly shows a fan yelling a "degrading and offensive word" at Westbrook.

The report goes on to say a fan called Westbrook a "boy" before Game 4 of a first-round playoff game against the Jazz.

To Russell Westbrook’s defense, here is even further proof of his previous interactions with Utah Jazz fans. In this video, @russwest44 is called a “boy” by a Jazz fan ahead of Game 4 of OKC’s first-round playoff series against Utah on April 23, 2018 at Vivint Arena. pic.twitter.com/lc6slA7fTo

On Thursday, Jazz owner addressed the fans saying that "The Utah Jazz will not tolerate fans who act inappropriately" after they banned a fan for racially taunting Westbrook during a game Tuesday night.

The NBA fined Westbrook $25,000 for "directing profanity and threatening language to a fan."

The source the Desert News spoke with says the Jazz are conducting an investigation into the unnamed fan.