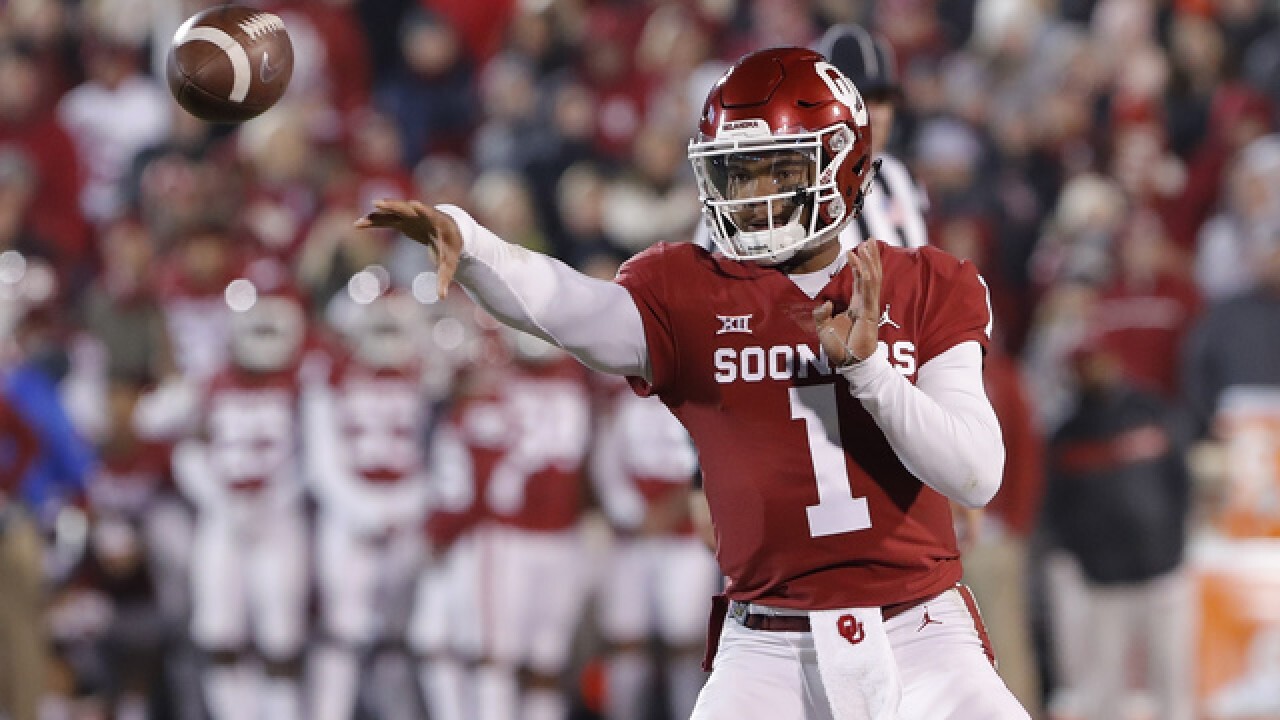 Kyler Murray wants the Oakland Athletics to show him the money.

On Sunday, NBC Sports reported that Murray was asking the A's to give him a $15 million contract or he'll enter the NFL Draft.

Murray already received a $5 million bonus from the A's back in June.

"He's either going to be a Major League Baseball star or he's going to be a Pro Bowler," Oklahoma coach Lincoln Riley said. "He just needs to decide which one."