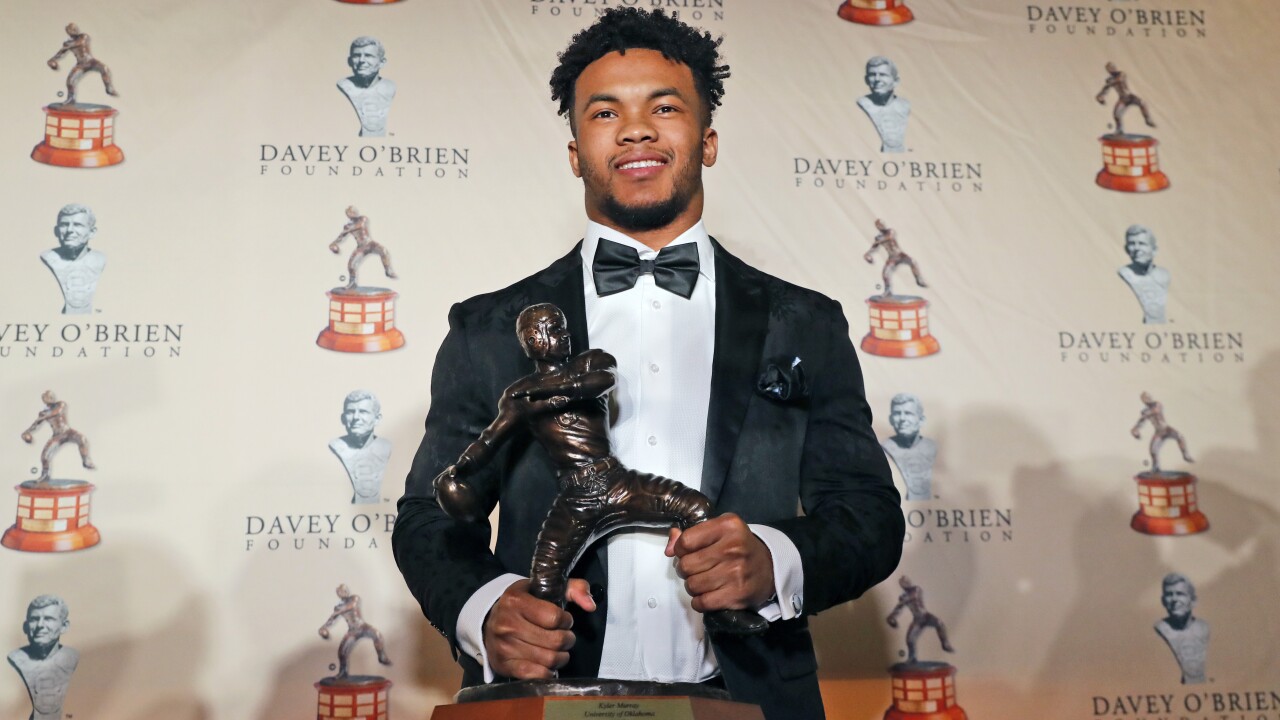 LM Otero/AP
FILE - In this Feb. 18, 2019, file photo, Heisman Trophy winning quarterback Kyler Murray poses with the Davey O'Brien football award, in Fort Worth, Texas. Murray's measurements were among the most anticipated at this year's NFL scouting combine after he spurned the Oakland Athletics and a career in Major League Baseball for a shot at the NFL. (AP Photo/LM Otero, File)

It looks like NFL teams will have to wait just a bit longer to see former Sooners quarterback Kyler Murray's chance of wowing them in person.

According to NFL Network's Ian Rapoport and Tom Pelissero, Murray will not be participating in any drills or throwing at the NFL Combine, which is currently taking place in Indianapolis.

#Oklahoma QB Kyler Murray told scouts & personnel people of several NFL teams that he doesn't plan to throw at the Combine, sources say. They cautioned Murray is a competitor who could throw after seeing everyone else do it, but as of last night, Murray’s plan is not to do much.

Pelissero added that Murray is only taking part in medical tests and interviewing with teams at the Combine and will workout for teams on Oklahoma's pro day, which is slated for March 13.

Adding to this: Kyler Murray has told teams he doesn’t plan to participate in any drills or testing at the combine. Is doing medical and interviews here. Plan is to work out at his pro day instead. Teams expected this. https://t.co/5J8MECenGN

Murray is the shortest QB measured at the Combine since 2003, heavier than Seahawks quarterback Russell Wilson was at the 2012 combine and has larger hands than Browns quarterback Baker Mayfield had at the 2018 combine, the NFL reported.