Winter Olympics: The skaters who could be North Korea's only medal hope 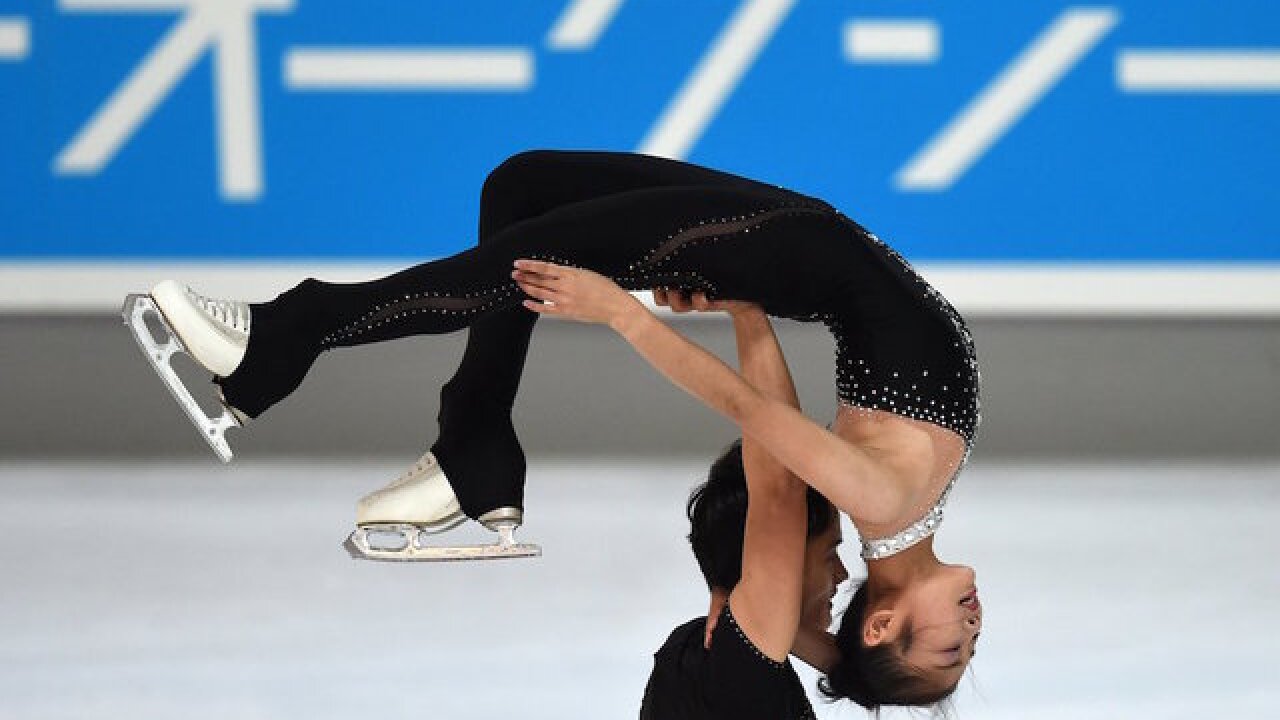 As the Winter Olympics kick off next month, all eyes will be on the Gangneung Ice Arena in Pyeongchang -- especially if figure skaters Ryom Tae Ok and Kim Ju Sik take to the ice.

Thanks to an extraordinary thawing of tensions between their homeland and the hosts of the 2018 Games, neighbor and rival South Korea, the pair's hopes of competing, once slim, may be resurrected.

South Korea announced Tuesday that, after a morning of person-to-person talks at the heavily-guarded border between the two countries, the North would send a delegation to the Olympics.

"With regard to PyeongChang, North Korea expressed its stance that it will send its high-level delegation, athletes representing the People's Olympic Committee, a cheering squad and an art troupe, a visitors' group, a Taekwondo demonstration team and a press corp," South Korean Unification Ministry spokesman Chun Hae-sung told reporters in Seoul.

The North Korean skaters, who were both born in Pyongyang, had qualified for for the Winter Olympics in September, but their country's National Olympic Committee (NOC) missed the deadline to register in October.

However, the International Olympic Committee has now extended the deadline for North Korean participation at the Games in Pyeongchang.

"The IOC's mission is always to ensure the participation of all qualified athletes, beyond all political tensions and divisions," said the IOC statement on Monday.

Skating with 'happiness' and 'passion'

The pair -- who perform to "A Day in the Life" by The Beatles -- produced an impressive free-skate performance to secure one of the final Olympic spots up for grabs at the Nebelhorn Trophy in Germany in September.

He told CNN the two North Koreans exhibit "happiness" and "passion," while skating and called them "a joy to work with."

"Their goal -- all we talked about -- is how they can get their score higher. And they want to take one step at a time. You know, the next goal is to come in top five at Worlds. The only thing we talk about is how can they progress (in) the world ranking."

"I had to make all the arrangements for them, because I mean, they don't have a credit card. So they cannot just book a hotel," Bruno Marcotte told Canada's Global News. "They do nost have [a] driver's licence, so I could not just find a place anywhere in Montreal."

According to Marcotte, the skaters came to Montreal with their own North Korean coach and an official from the country's skating federation.

"They were often all of them together, but they were not constantly watched or surveyed, no," Marcotte told Global News in November, reflecting on the dynamic of the North Korean group while they were in Montreal.

Neither skater has previously participated at the Winter Olympics, and their most notable success came at the Pairs Figure Skating in the Asian Figure Skating Trophy in Manila, Philippines, in August 2016, where they won gold.

They followed it up as bronze medalists in the Pairs Figure Skating at the Asian Winter Games in Sapporo, Japan, but could only muster a 15th-place finish at the World Figure Skating Championships in Helsinki, Finland.

The pressure for athletes at their sport's pinnacle is huge, and with the extra scrutiny of the world's media watching the North Koreans, there is a danger it could be overwhelming.

"When you are representing your country at a high level event there's a lot of tension, especially when things are perceived as volatile," says Steven Ungerleider, an academic and sports psychologist with four decades of working with Olympians.

"If you can't step up and perform that can cause some serious fallout and athletes can feel vulnerable if they can't represent their country in a positive light."

The intensity and length of Olympian training regimes means that there is much more at stake, says Gene Moyle, a professor at the Queensland University of Technology and a sports psychologist with 15 years experience working with Winter Olympians.

"When athletes have been working for four years plus, there can be quite a bit of pressure," she says.

"Then on top, when other political things are going on in the background, understanding the (political) climate of the moment, would add a layer."

She says that in addition to training for their on-ice performances, Kim and Ryom will have additional training and support to help them zone out distractions.

"(Off-ice issues) can be a huge distraction. Realistically preparation outside your sport needs to include everything from walking the opening ceremony to the media and the need to be aware of the (political) climate and what's going on."

However, Ungerleider says he feels the athletes will put political considerations to the back of their minds.

"This really is a unique situation where we have two world leaders playing out some very idiosyncratic politics (but) the games will be seen as a place where politics can bring people together.

"I think this is a very positive opportunity for athletes to say, 'enough of the politics, I just want to compete.'"

That's a view echoed by Marcotte.

"Every time I spoke to them, they always made sure that they never wanted me to feel and confuse politics with sport," Marcotte told Canada's Global News. "And they always wanted to make sure that I saw them as sportsmen and not as political representatives."

Seoul's eagerness to have North Korean participants in the Games may give Pyongyang some leverage and potentially a "propaganda victory," says Michael Green, former NSC Senior Director for Asia at the Center for Strategic and International Studies.

"If Kim can get concessions, namely an end to military exercises by the US and SK and get his Olympic athletes -- and he has pretty good figure skaters -- to the games, that's a pretty good propaganda victory at home and it shows he will argue that the world is accepting him as a nuclear weapons state leader."

"South Korea's government is rather desperate to have a peaceful Olympics in PyeongChang, and will give aid to get it,' he told CNN.