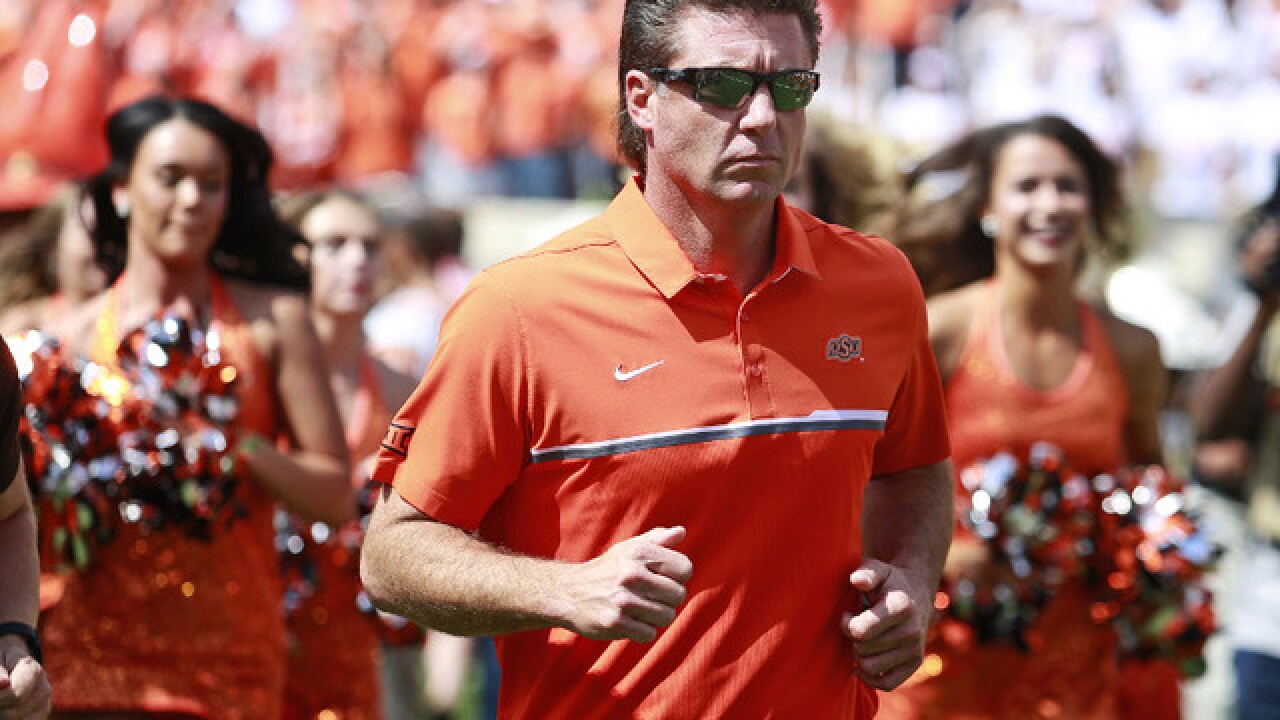 Brett Deering
Head Coach Mike Gundy of the Oklahoma State Cowboys takes the field before the game against the Pittsburgh Panthers September 17, 2016 at Boone Pickens Stadium in Stillwater, Oklahoma.

STILLWATER, Okla. (AP) -- Oklahoma State coach Mike Gundy's contract has been extended by a year through 2023.

"Coach Gundy has built the Oklahoma State football program into a regular contender in the Big 12 and he has done it the right way," Oklahoma State athletic director Mike Holder said Wednesday. "He's instilled a set of core values and a culture of which we can be very proud."