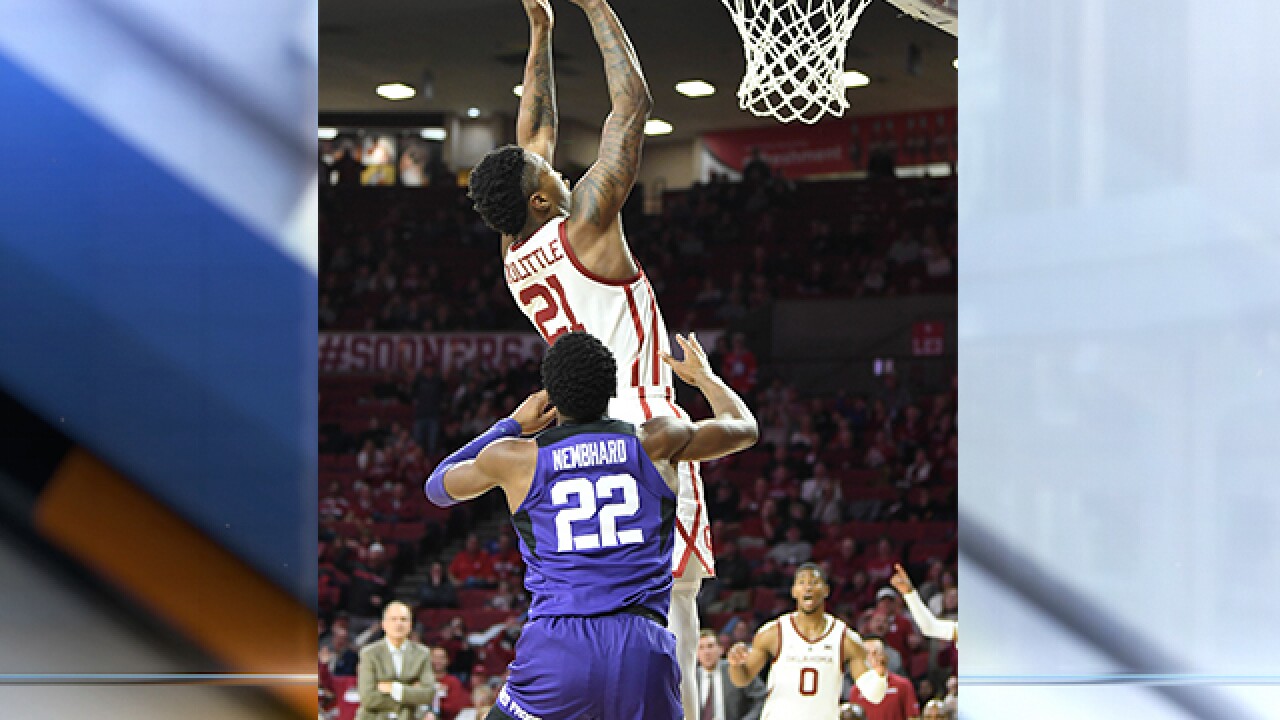 Doolittle led the Sooners (13-3, 2-2 Big 12) with 24 points and 10 rebounds. It was the highest-scoring game for the junior since his freshman year and his first double-double since.

Doolittle's play overshadowed the 3-point shooting of TCU's Kouat Noi, who had a career-high 30 points on 8 of 12 from behind the 3-point line. Noi hit five 3-pointers during the first half, including three in a 50-second stretch that put the Horned Frogs (12-3, 1-2) ahead for the rest of the half.

TCU made 12 3-pointers in the game but shot just 27 percent from the field in the second half, allowing the Sooners to come back.

After being outrebounded 30-14 in the first half, the Sooners turned things around in the second, outrebounding TCU 22-12.

Oklahoma: After playing road games at Kansas at Texas Tech, a pair of top 10 teams, in the first three games of Big 12 play, the Sooners needed to take advantage of a home game. The Sooners now have six consecutive games against unranked opponents.

TCU: The Horned Frogs have dropped two consecutive games since its nine-game winning streak ended Wednesday at Kansas. While TCU has to be encouraged by Noi's play, it missed starting guard Jaylen Fisher, who was out for the third consecutive game with a knee injury.

Oklahoma stays at home for a Wednesday meeting with Kansas State, which knocked off No. 20 Iowa State on Saturday.