Nick Collison's No. 4 Thunder jersey to hang in rafters at The Peake 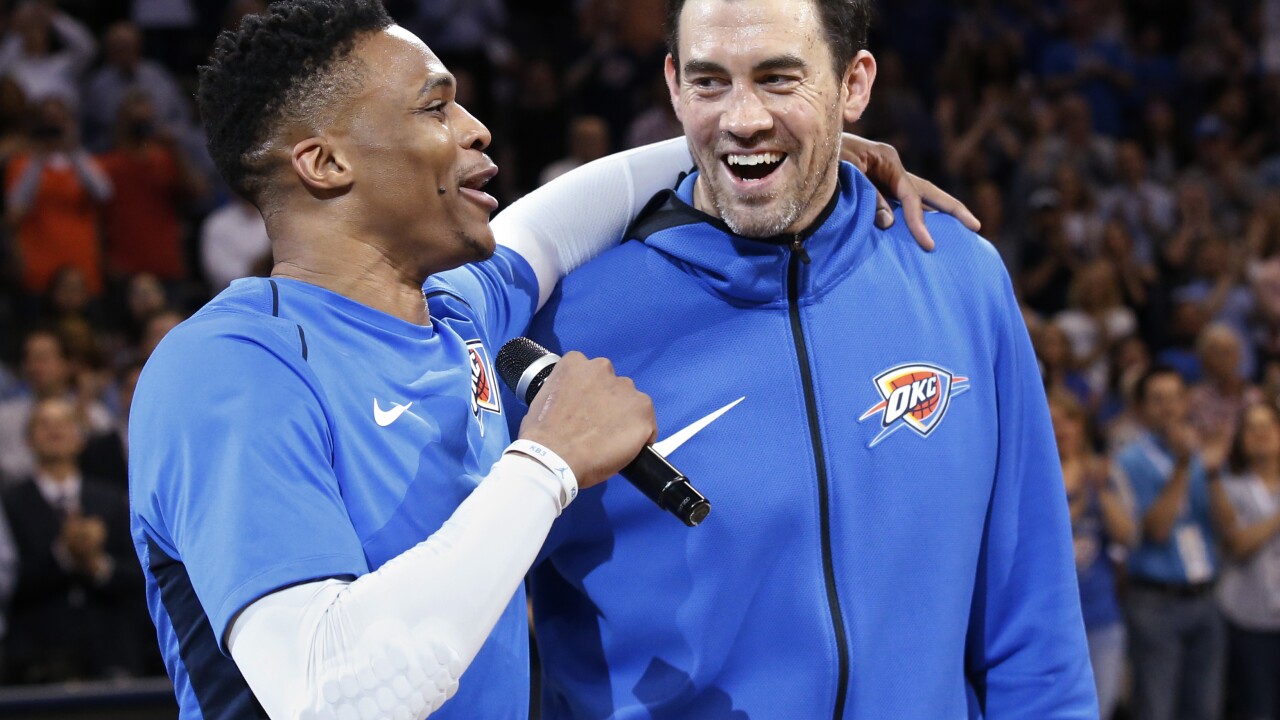 OKLAHOMA CITY — Former Oklahoma City Thunder player Nick Collison will see his No. 4 jersey hang in the rafters at The Peake.

On Saturday, the Thunder announced they are retiring Collison's jersey.

“Nick Collison's career in Oklahoma City was unique. Unique in that he helped create the internal standards for work ethic, selflessness, citizenship and ‎professionalism for an organization that was starting from scratch. Unique in that as a role player, he embedded himself as a legacy player for the Thunder because of his consistency both in times of success and adversity and respect for his teammates and the organization,” said Thunder Executive Vice President and General Manager Sam Presti. “It is fitting that Nick will continue his unique and singular relationship with the organization by being our first retired number.”

Collison spent all 15 years of his career with the team after being drafted 12th overall in the 2003 NBA Draft.

As a Thunder, Collison is second on the team all-time with 602 games played.

Collison and current Thunder Russell Westbrook are the only two players to play with OKC in their first 10 years of the Thunder era.

The team will retire his number on March 20 before they host the Toronto Raptors.

This is the first-ever number to be retired by the team.