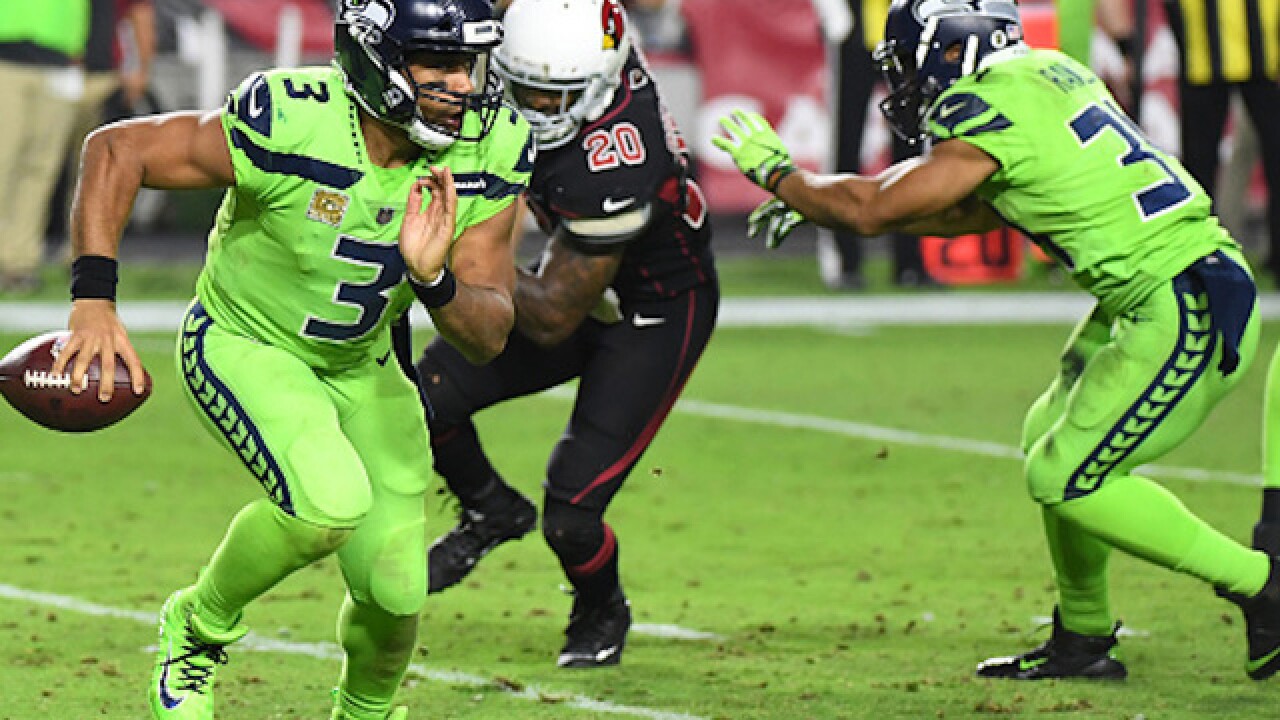 Image copyright 2018 Getty Images. All rights reserved. This material may not be published, broadcast, rewritten, or redistributed.
Norm Hall
<p>GLENDALE, AZ - NOVEMBER 09: Quarterback Russell Wilson #3 of the Seattle Seahawks scrambles to make a pass against the Arizona Cardinals at University of Phoenix Stadium on November 9, 2017 in Glendale, Arizona. (Photo by Norm Hall/Getty Images)</p>

Fox Sports signed a 5-year deal with the league for the rights to broadcast Thursday night games, starting with the 2018-2019 season. It's the longest broadcast deal for the Thursday games since they began airing on NFL Network in 2006.

The move cements the mid-week games into the schedule despite criticism from players who feel the weekly game has led to an increase in injuries.

The deal will give Fox Sports an additional 11 games per season, with the games running from week 4 to week 15. Fox already airs Sunday NFC games.

The "Thursday Night Football" games will air on Fox as well as the NFL Network and Fox Deportes, its Spanish language channel.

Under the new deal, Fox will be able to air its games on mobile phones for the first time.

"This agreement is the culmination of over 10 years of strategic growth around 'Thursday Night Football,' a period during which this property has grown from a handful of late season games on NFL Network to a full season of games," Roger Goodell said in a statement.

Despite a drop in ratings , the NFL still earns the most viewers of anything on TV.

Terms of the Fox Sports deal were not disclosed.

However, NBC and CBS paid roughly $450 million combined to air "Thursday Night Football" games during 2016 and 2017.

The NFL has typically split the "Thursday Night Football" package between two broadcasters.

While this deal is solely with Fox, the NFL can still bring in a digital partner to stream the games online. In the past, the NFL has partnered with Twitter and Amazon for those rights. Goodell told reporters on a media call that the NFL will work with Fox when determining its next digital partner.

"Football is in our blood at Fox and we understand that nothing beats the NFL when it comes to television that captures people's attention and defines American culture," said Peter Rice, President of 21st Century Fox. "Our historic relationship with the NFL dates back to the earliest days of Fox, and we couldn't be more excited to expand our deep and enduring partnership to include primetime games on Thursday night."