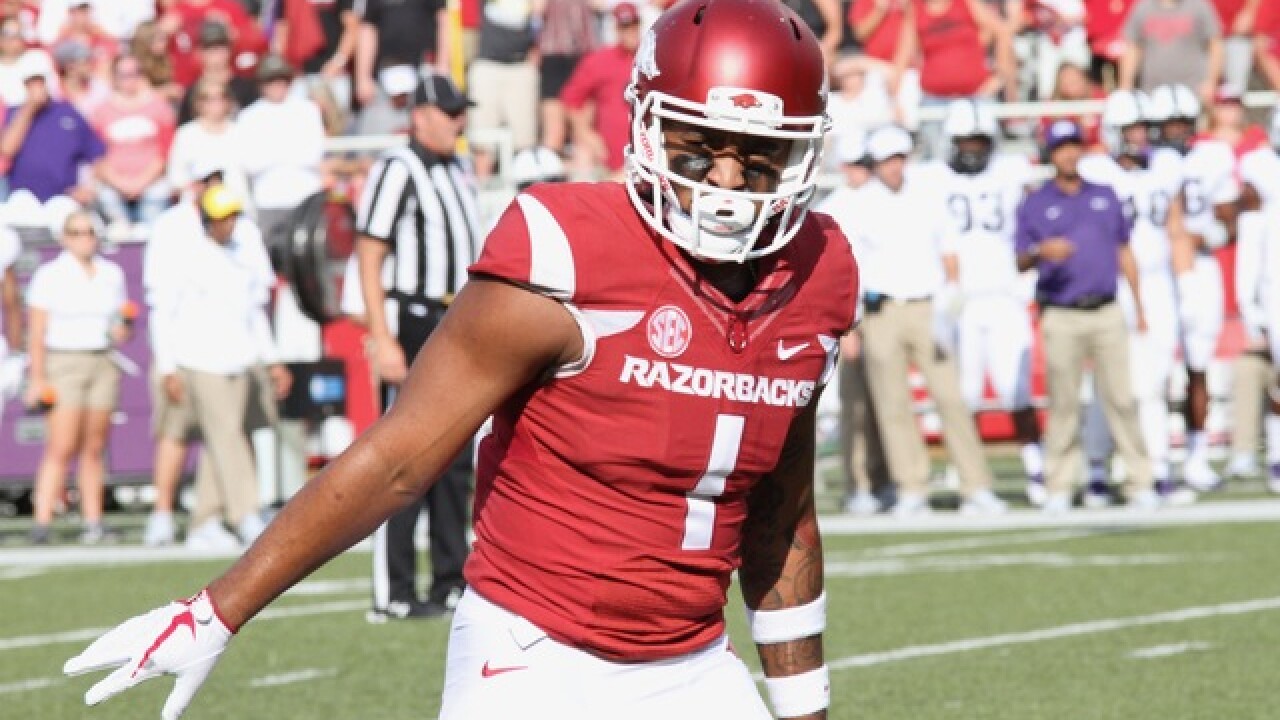 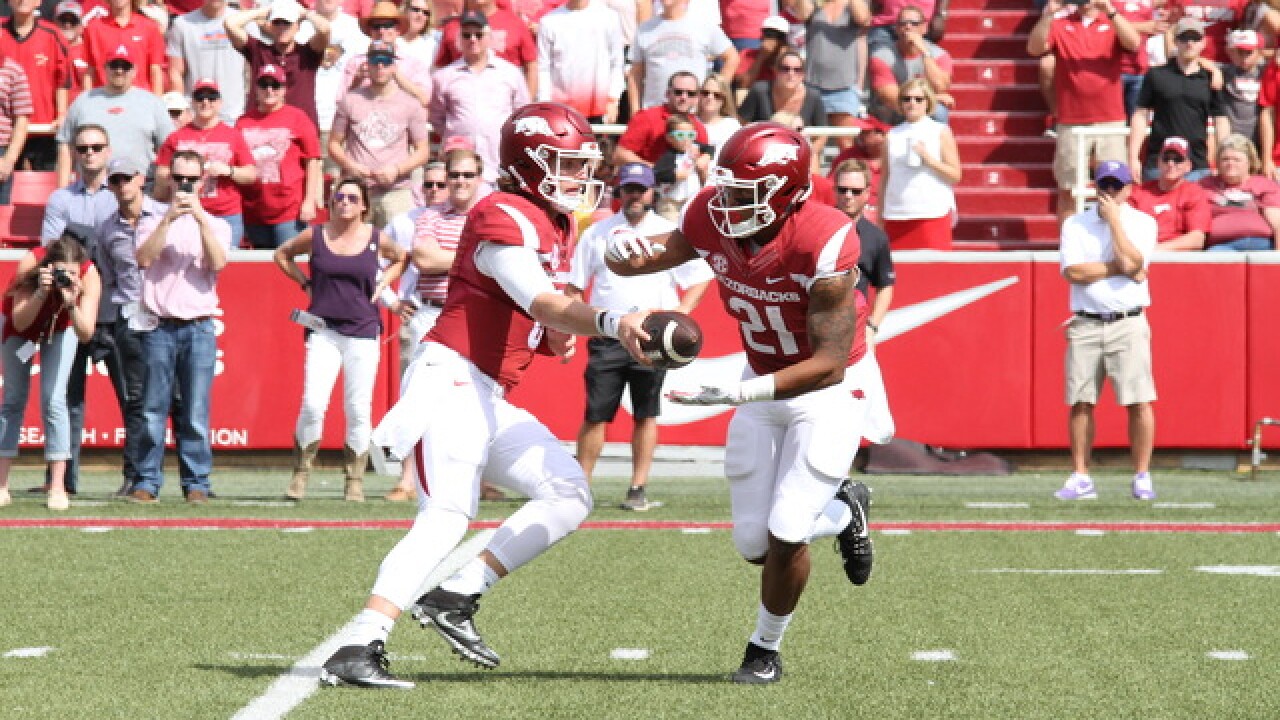 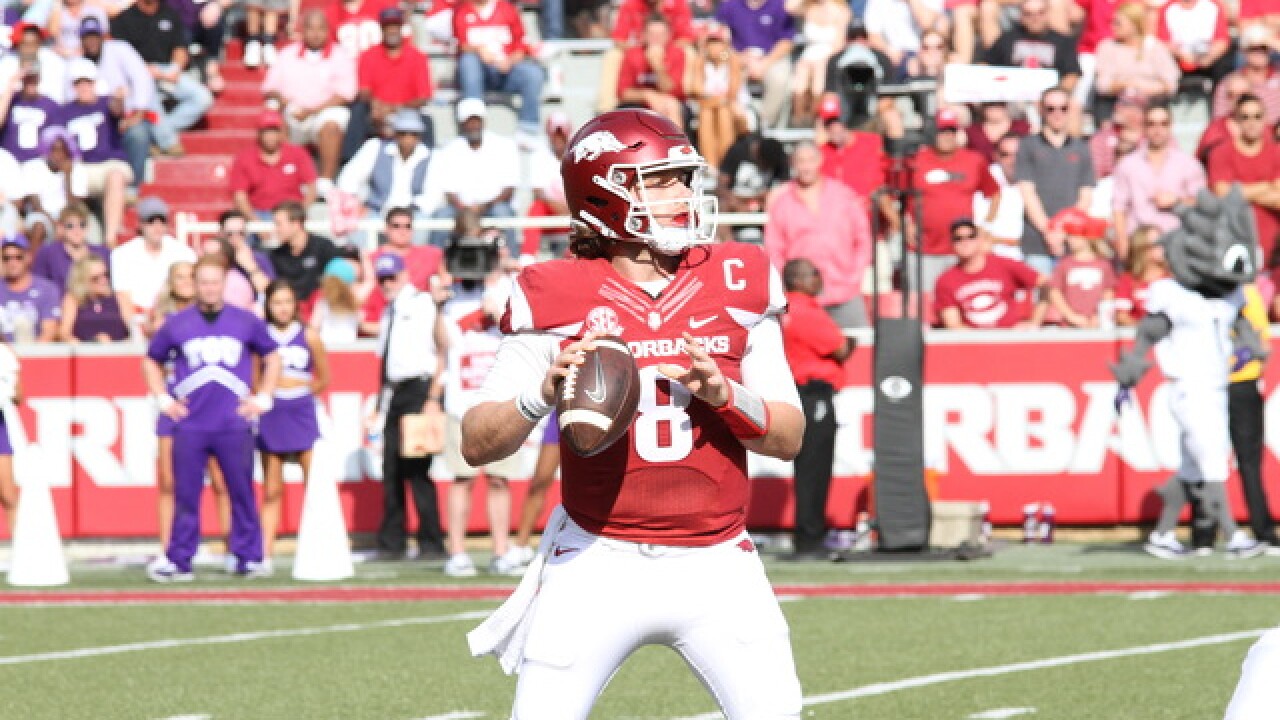 It was a beautiful day for football in Fayetteville, Arkansas as the old rivalry from the Southwest Conference came to town, and the Razorbacks and TCU Horned Frogs completed a series that the Razorbacks won in overtime a year ago. Coming in, the expectation was that it would be a high scoring affair, with TCU’s Kenny Hill making big plays against a newly installed 3-4 defense at Arkansas.  This game would turn out very different, as the Arkansas defense played much better than expected, but watched their offense struggle to find any rhythm in front of a sellout crowd.

In the opener against Florida A&M, the Razorbacks passing game looked weak, and they did not make any progress on the long week of preparation between games. The opening plays of the game showed the Razorbacks mindset when a solid kickoff return was brought back to the 10-yard line and the opening play was a pass dropped by Jared Cornelius. A three and out gave TCU good field position and they drove quickly to open the scoring on a one yard rush. Arkansas saw a glimmer of hope when Austin Allen hit Johnathan Nance for a 49-yard touchdown pass, and after one quarter, it was a 7-7 game.  After each team exchanged punts, Arkansas drove deep following a beautiful interception by Santos Ramirez, and the play calls and execution will be the discussion over the next two weeks while the Hogs have a bye week.  Arkansas poured the ball down the field in the run game and facing third and goal on the 5-yard line, they went to a pass that had no chance of being completed. Cole Hedlund came on for the chip shot field goal and shanked it left, and the ball moved back out to the 20-yard line where TCU would take over and drive for the last score of the house, leading 14-7.

After a scoreless third period, another field goal from 21 yards bouncing wide off the upright gave TCU the momentum.  They took advantage of a questionable pass interference call and converted for a score then forced a fumble on the ensuing kickoff to set up a final short score for a 28-7 win over the Razorbacks.

Postgame, Head Coach Bret Bielema was frustrated at the lack of intensity and vowed changes in the kicking game. The defense played much better than expected but had no support from a bland offense that saw Austin Allen pass for only 138 yards and the running game only totaled 129 total yards. In contrast, the defense kept Kenny Hill in check, only allowing 166 passing yards and intercepting him once and giving him only 35 rushing yards.  A year ago he totaled almost 500 yards.  Overall, the defense if playing a much higher level at this point in the season than the offense that currently has no identity and no leadership stepping into the voids left at the wide receiver position. Arkansas has an extra week before they travel to Dallas to face Texas A&M at AT&T Stadium in the Southwest Classic.