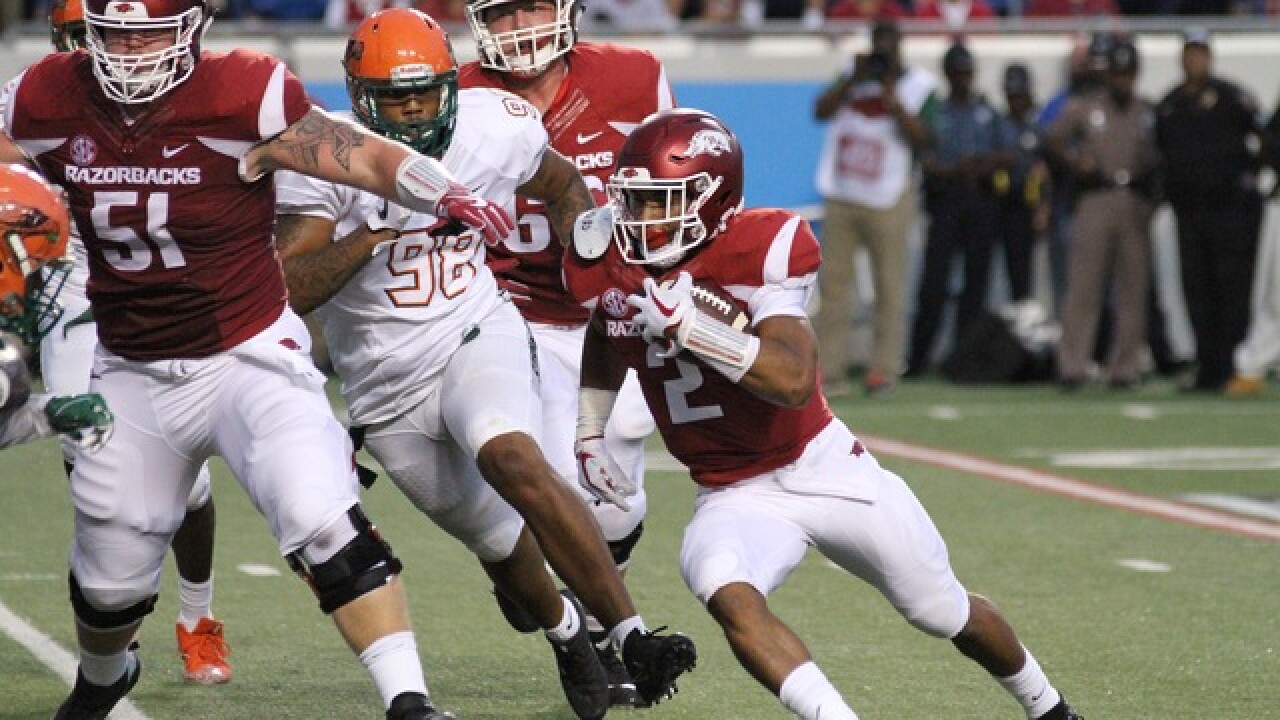 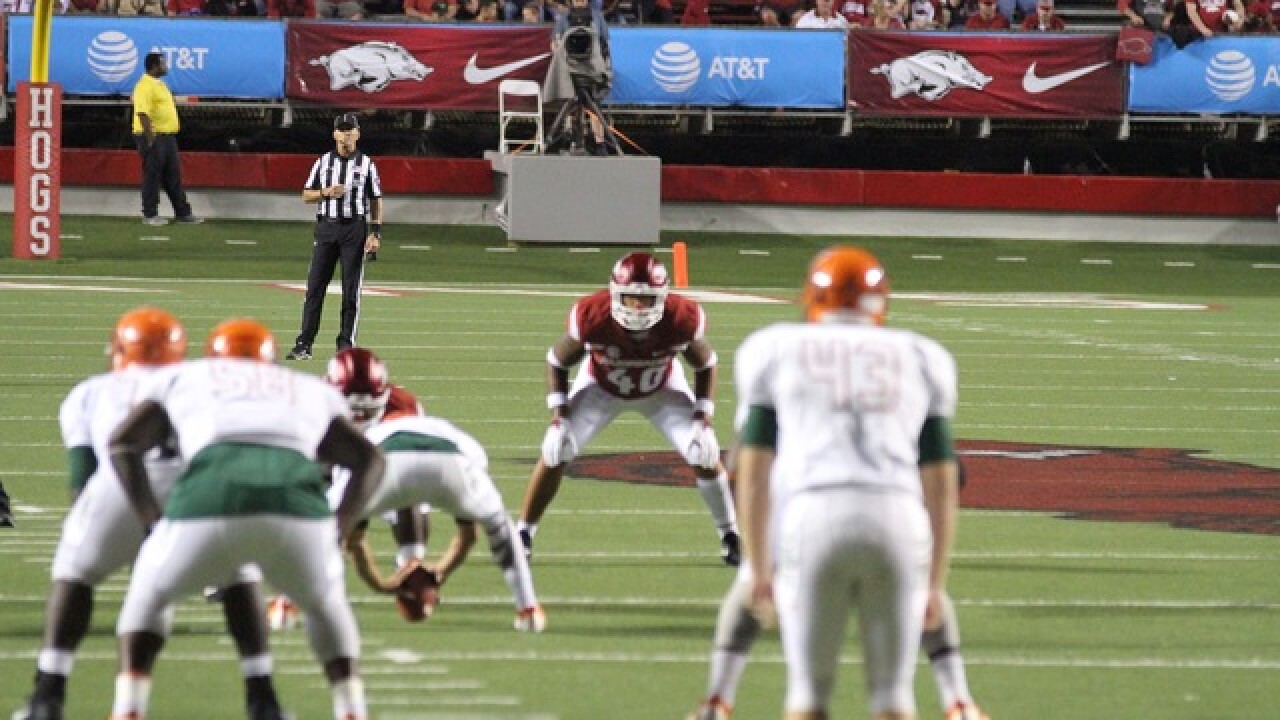 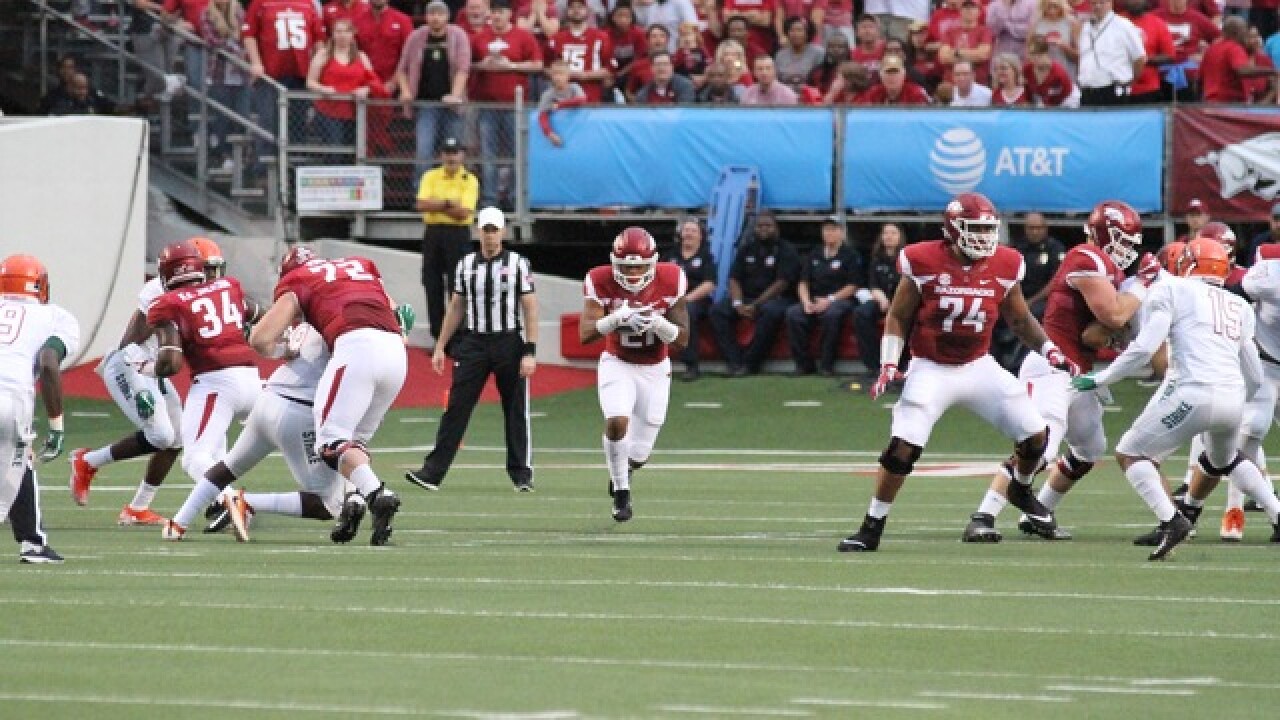 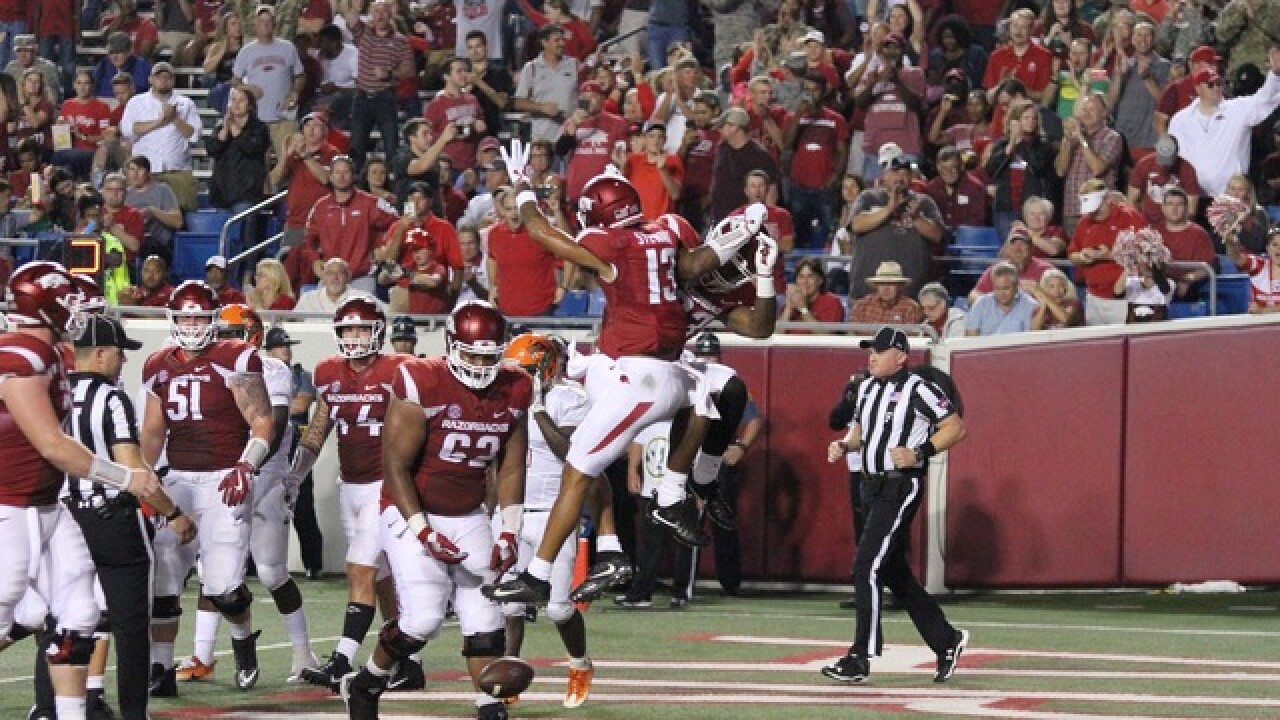 Expectations were mixed as the Arkansas Razorbacks took the field for their opening game at War Memorial Stadium in Little Rock Thursday night.  Everything from a .500 season to ten wins has been projected, and the reality is likely somewhere in the middle.  FCS opponent Florida A&M already notched a win this season against Texas Southern and elected to bus to the game as a cost saving measure for an up and coming program.  Based on their opening game, it was expected that the Rattlers would have athletes in the skill positions and a few defensive players with FCS talent, accompanied by an abysmal kicking game.  Those expectations played out, but in contrast to previous years, the Arkansas defense showed significant improvement over years past, posting a lopsided 49-7 win.

The biggest story line coming in was the change to the 3-4 defense under new defensive coordinator Paul Rhodes.  For the entire evening, the Rattlers were looking for room on the edge as the onslaught of the linebacker rotations continued to force them to the outside.  On the first eight drives, the Hogs only allowed 2 first downs, forcing five three-and-outs and a fumble return for a touchdown.  Arkansas only gave up 80 yards on the ground, maybe the largest indicator of the defensive transition. Though the base defense is a 3-4, Arkansas did not employ a true 3-4 until their fourth defensive series, instead opting for the 3-3-5 nickel package to better matchup against the Florida A & M offensive set.

On offense, Austin Allen and his young wide receiving corps were never in sync.  They made plays, but also missed several opportunities an gave up an ugly interception on the first series. After the opening drive, the Razorbacks did what they do best, and pounded the ball with multiple backs.  Devwah Whaley was true to form, though he never had a big breakaway signature run. Chase Hayden took the spotlight with 120 yards and a score, slicing his way through the Rattler defense. True Freshman offensive lineman Ty Clary was a surprise starter and performed far better than expected.  The hogs opened up huge running lanes and continued to create seams against a loaded interior box.

Arkansas had two quarterbacks throw touchdowns, nine receivers make a catch, and three players rush for a touchdown. Backup QB Cole Kelley, who is enormous and fast, or best summed up by head coach Bret Bielema as “270 pounds of love,” came in midway through the fourth period to lead a 10 play 75-yard touchdown drive. The highlight was on a short rollout that was called back where Kelley punished the outside linebacker, putting him on his backside without going down himself.

Arkansas gave up a score late in the contest after a bad snap on a Rattler's punt led to the punter escaping for a long run and securing the first down.  Outside of the special teams miscue, the Razorbacks look like a team transformed.  The Razorback defense gave up a total of 175 yards, a position that likely would have seen double the yardage and points a year ago. They suffered a huge blow early when DB Ryan Pulley was lost for an extended period of time with a pectoral injury.

In total, Arkansas looked ahead of where most expected them to be at this point. Florida A & M is the type of team that has given them trouble in years past, and after watching a weekend of upsets and near losses by ranked teams, Arkansas stands prepared for their first true test against TCU this Saturday.  For Florida A & M, I would guess they are healing up and making a call to the Northwest where their jerseys are designed, as they suffered a penalty of a loss of a timeout at the beginning of each quarter for illegal uniforms. They were not attractive uniforms, but the white numbers on white jerseys made it almost impossible to read the numbers from any distance.  And if any questions remained, Tulsa Union alum and true freshman Kyrei Fisher saw time at inside linebacker and will not redshirt. He looks to be part of a solid linebacking rotation in the new defensive format.

If Arkansas can play as strong defensively against TCU, look for the Hogs to take the series sweep against the Horned Frogs and help open the already gaping hole that the state of Texas has in keeping in state recruits.