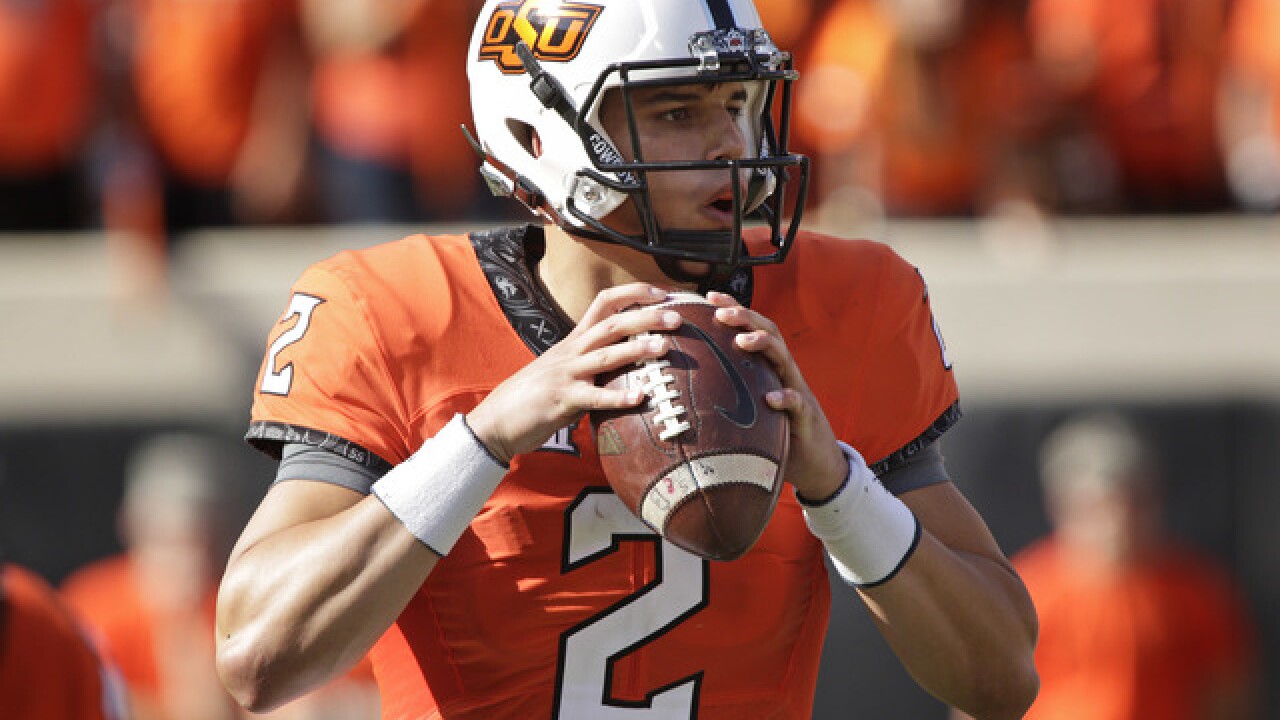 Rudolph leads the nation in yards passing with 4,553 and has thrown 35 touchdown passes for the 18th-ranked Cowboys. Rudolph was one of 10 finalists for the award, including Oklahoma's Baker Mayfield and Ohio State's J.T. Barrett.

Those three are also finalists for the Davey O'Brien award.