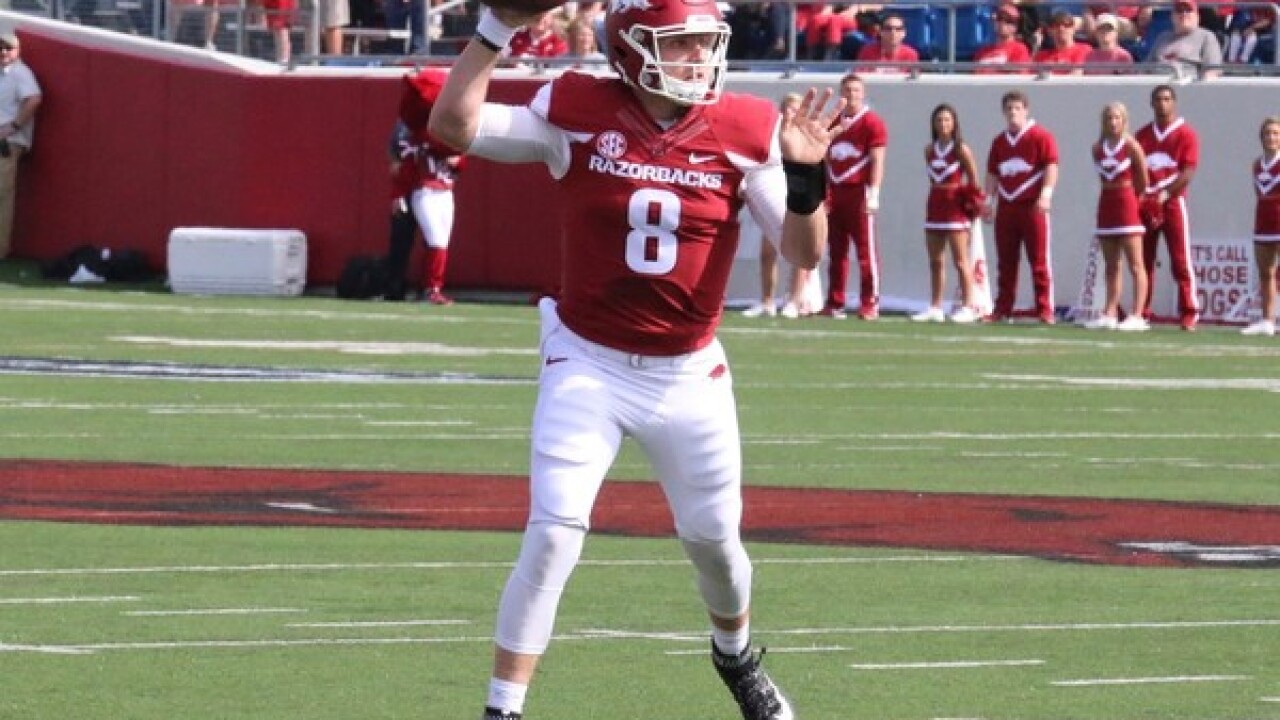 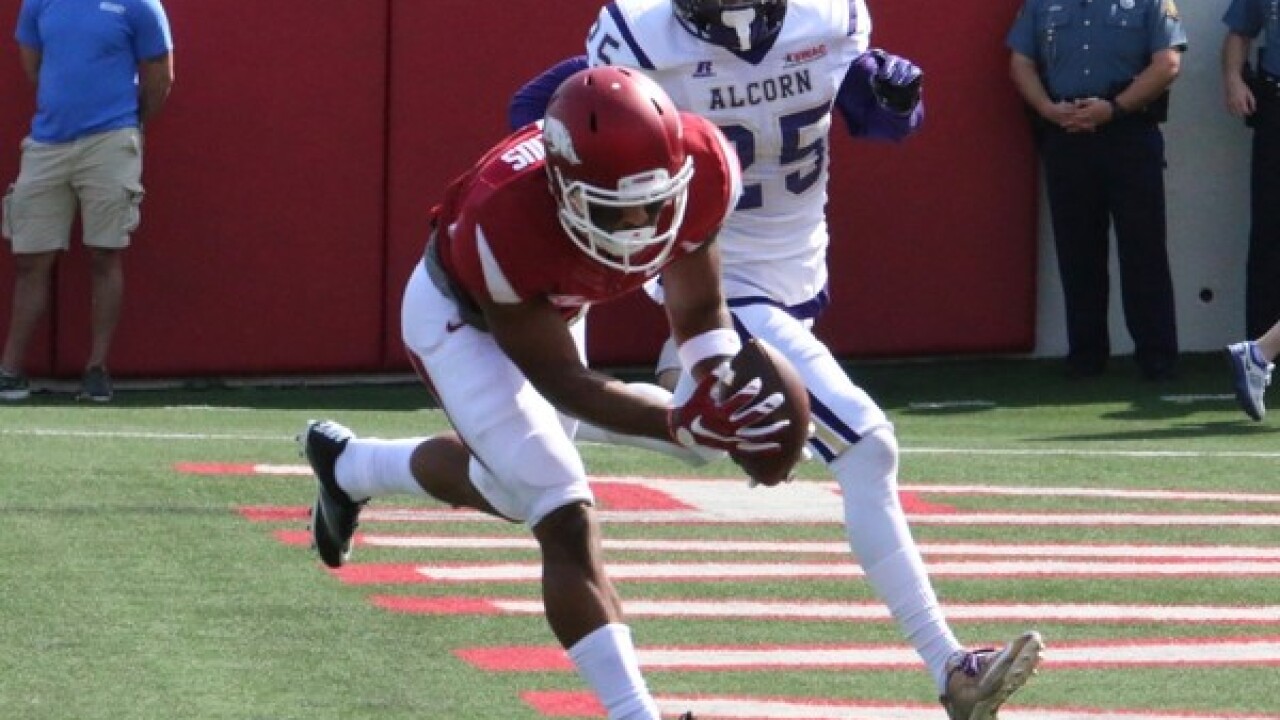 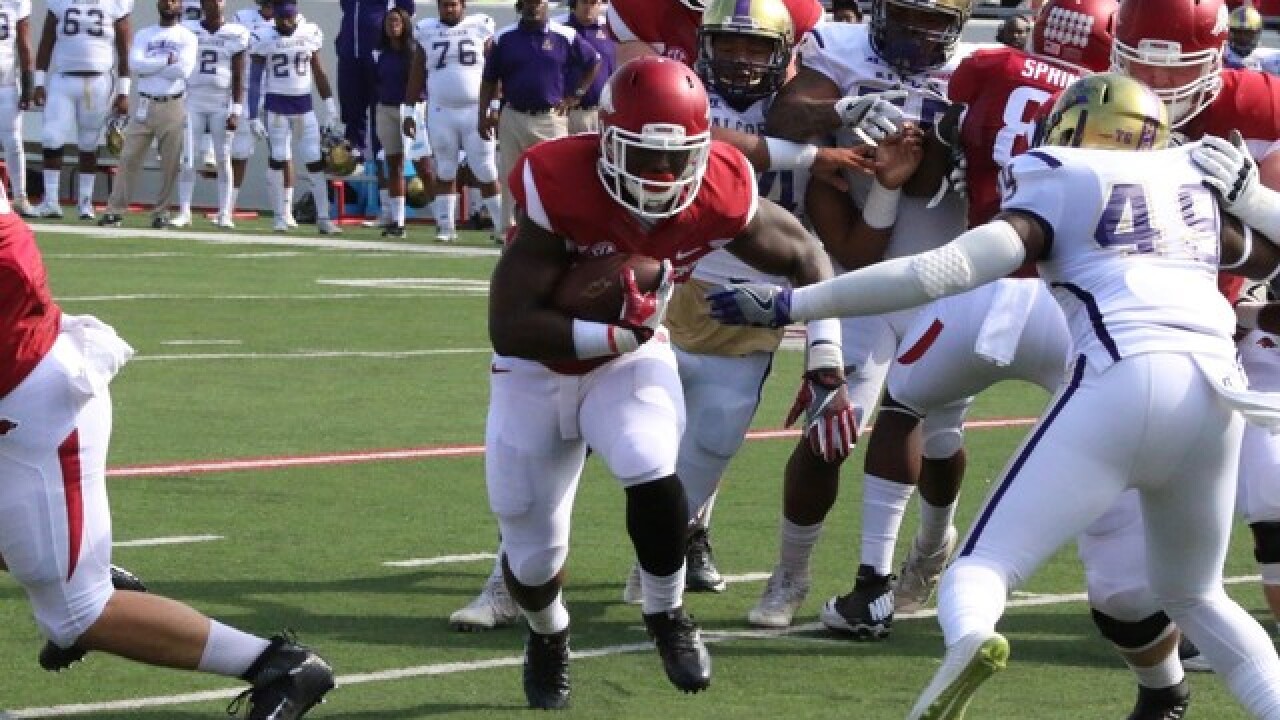 Alcorn State may not be a marquee contest, but it was a timely preparation game for the Arkansas Razorbacks before they head into a slugfest with the number one team in the nation.  Fresh off the loss to Texas A&M in Arlington, Texas, the Razorbacks knew they needed to solidify the offensive front, who just faced likely the best defensive front in college football, and protect quarterback Austin Allen, who has been superb through the first five games.  Allen was banged up but not injured, and needed a day where he could operate against a constantly changing defensive scheme.  He would be well protected and stay on his feet through the entirety of his playing time versus Alcorn State while slicing his way through lower tier competition.

When the Razorbacks opening drive ended with a field goal, there was unrest in War Memorial Stadium. It wouldn’t take long to change, as the Hogs held Alcorn State to a three and out, forcing a punt that Drew Morgan would return 33 yards to set up Arkansas at the Braves twenty-nine.  One pass later and the Razorbacks were up two scores, as Allen connected with Jared Cornelius for the first of his three touchdowns on the day. Arkansas did everything they needed to accomplish in the contest.  They started fast, taking a 24-7 lead into the locker room at half.  The Hogs would continue the onslaught when they returned, running the ball at a highly effective level.  They would put two backs over the 125-yard mark on the day, with freshman sensation Devwah Whaley taking 9 carries for 135 and workhorse Rawleigh Williams III ringing up another 126 yards on 13 carries.  Arkansas would pile up 353 rushing yards and three scores on the ground, adding in three from Allen through the air and their third interception return for a touchdown of the season.

Defensively, the Razorbacks held the Braves to 313 total yards on the day.  They had a couple of busted plays that allowed for the points, but also saw little drop off with the three deep players receiving reps most of the fourth quarter.  This was a game many thought could be sloppy as the Hogs could likely be caught looking forward to their matchup with Alabama seven days later.

To say that Arkansas is focused on Alabama Saturday would be an understatement.  They have been looking at October 8th on the calendar for a year.  Two years ago, the Razorbacks led most of the way when the Tide visited Donald W. Reynolds Stadium.  Last year, they kept it a tight game the entire way and just couldn't get the momentum they would need to win.  This team is much different.  Though the Razorbacks are seemingly not as strong on the offensive line, they will have renewed passion as they rally around teammate Frank Ragnow, whose dad passed away from a heart attack shortly after the Razorback win over Alcorn State.  It has been well documented how head coach Bret Bielema handled the tragedy, booking a flight and taking his wife along as they escorted their star offensive lineman home to family.  Ragnow is expected back, but Bielema said the decision is entirely up to Ragnow.  Either way, a team with someone to play for is dangerous, and Arkansas was already expected to give Alabama  a tough contest.

This could be a team that challenges Alabama beyond this game.  With LSU and Auburn seeing their rapid-fire attacks sputter in the rugged SEC West, a slugfest in the trenches between Arkansas and Alabama could be just what is needed to challenge the dynasty.  With the banter between Saban and Bielema likely to step up as the game approaches and following, expect this matchup to garner more attention if the Hogs can take are of business on Saturday.