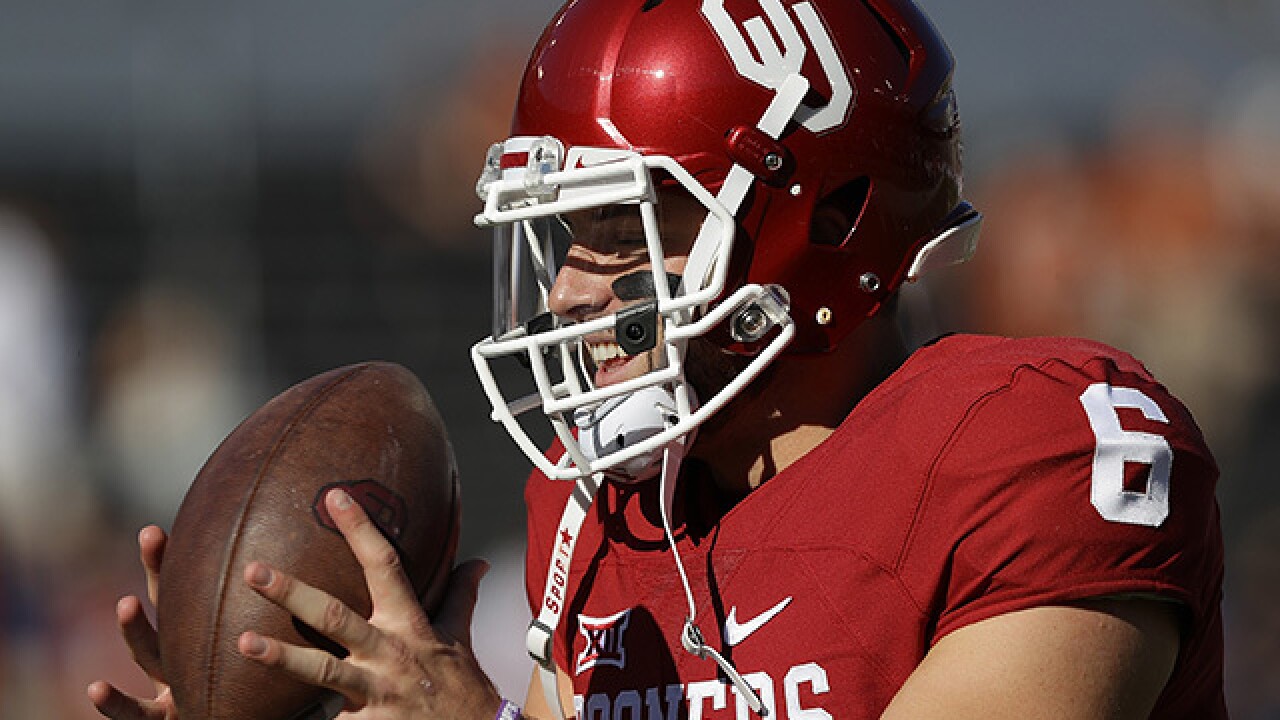 Ronald Martinez
<p>DALLAS, TX - OCTOBER 08: Baker Mayfield #6 of the Oklahoma Sooners warms up before a game against the Texas Longhorns at Cotton Bowl on October 8, 2016 in Dallas, Texas. (Photo by Ronald Martinez/Getty Images)</p>

NEW YORK -- Heisman Trophy finalist Baker Mayfield has made his way to New York City ahead of the trophy presentation on Saturday night.

The Oklahoma Sooners quarterback Mayfield is considered a favorite for the award. He was awarded the Associated Press' College Football Player of the Year award on Thursday.

In one video, he struggled to navigate the turnstiles at a subway station.

He figured out the subway after a halted start #NYCtourist pic.twitter.com/wLWE4dwEKD

Mayfield is one of the three Heisman finalists, with the others being Louisville quarterback Lamar Jackson and Stanford running back Bryce Love.