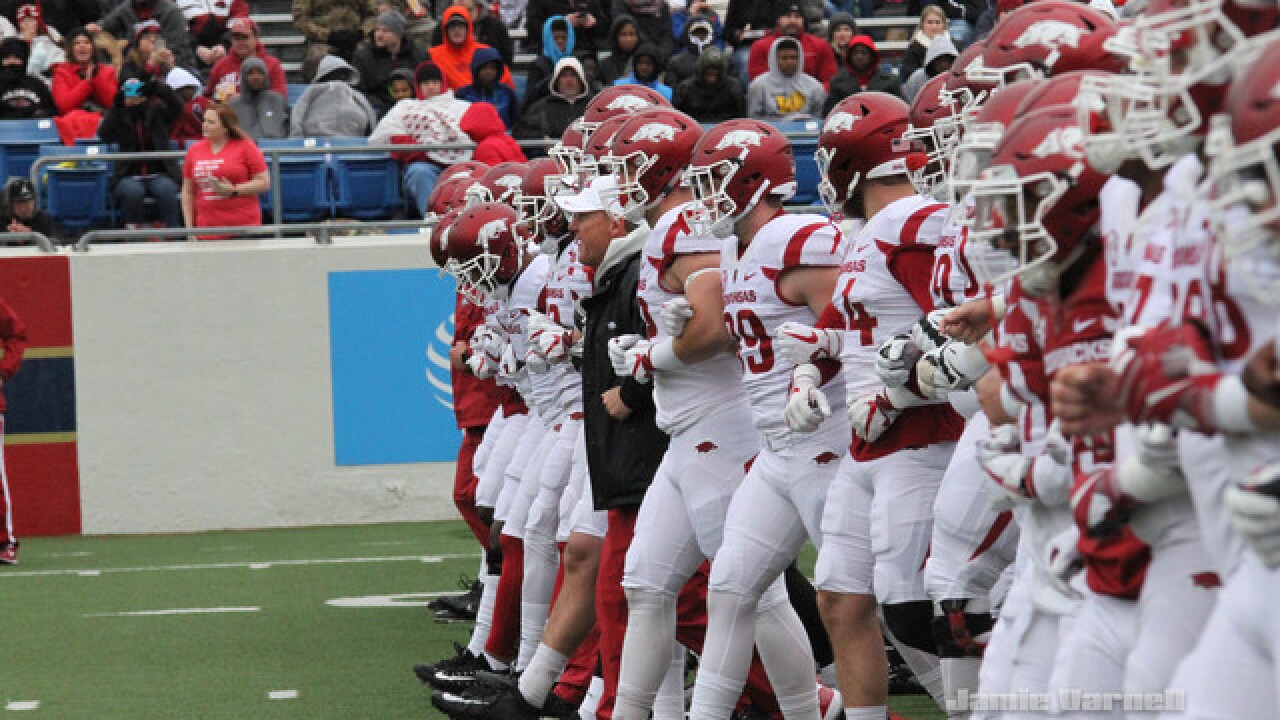 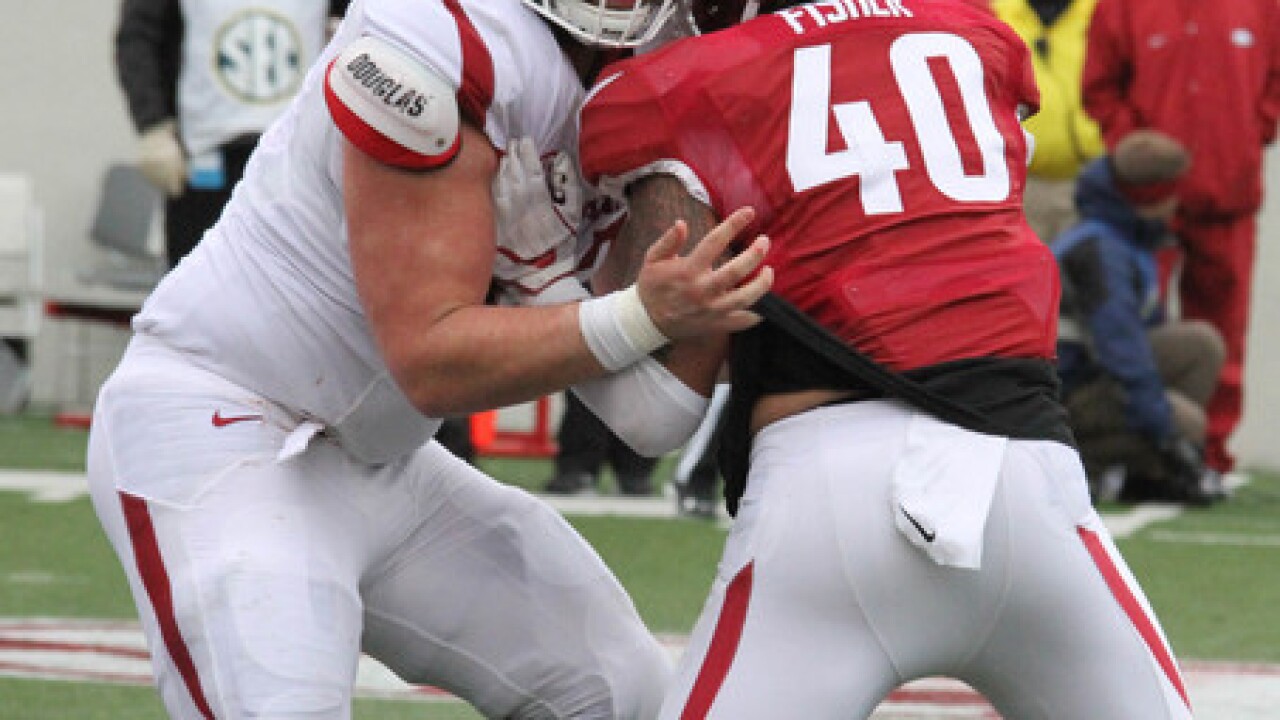 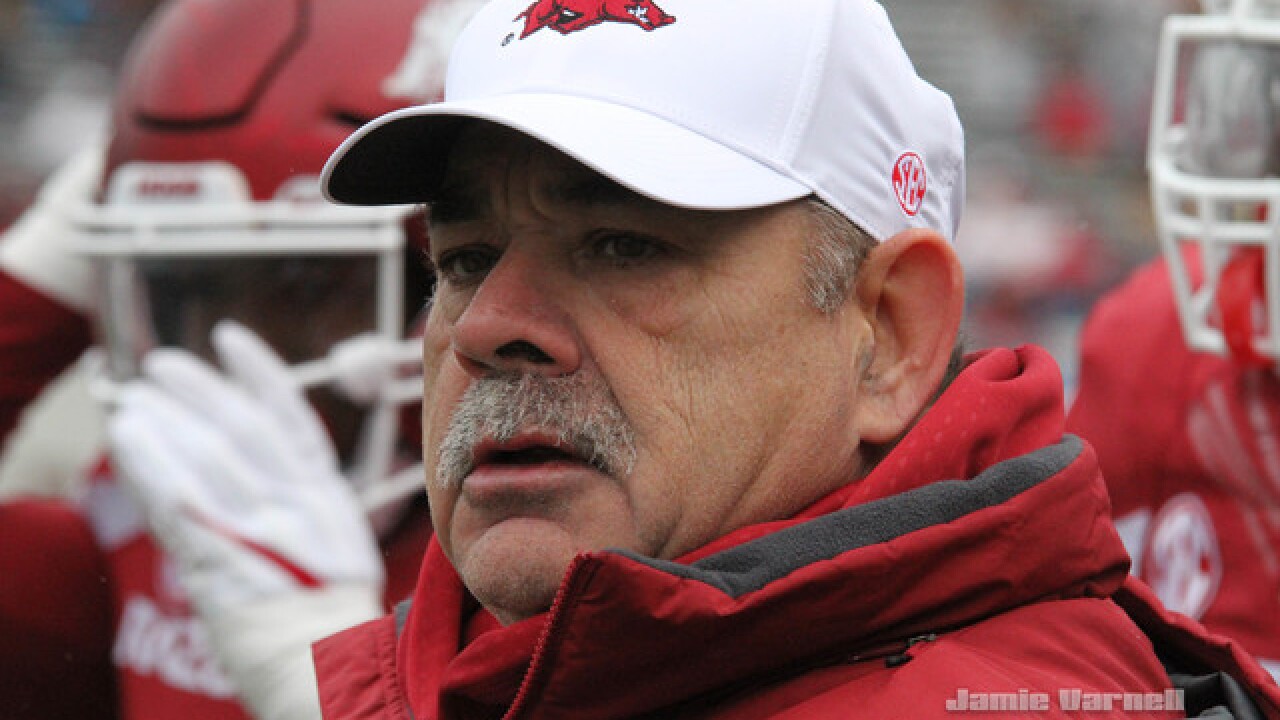 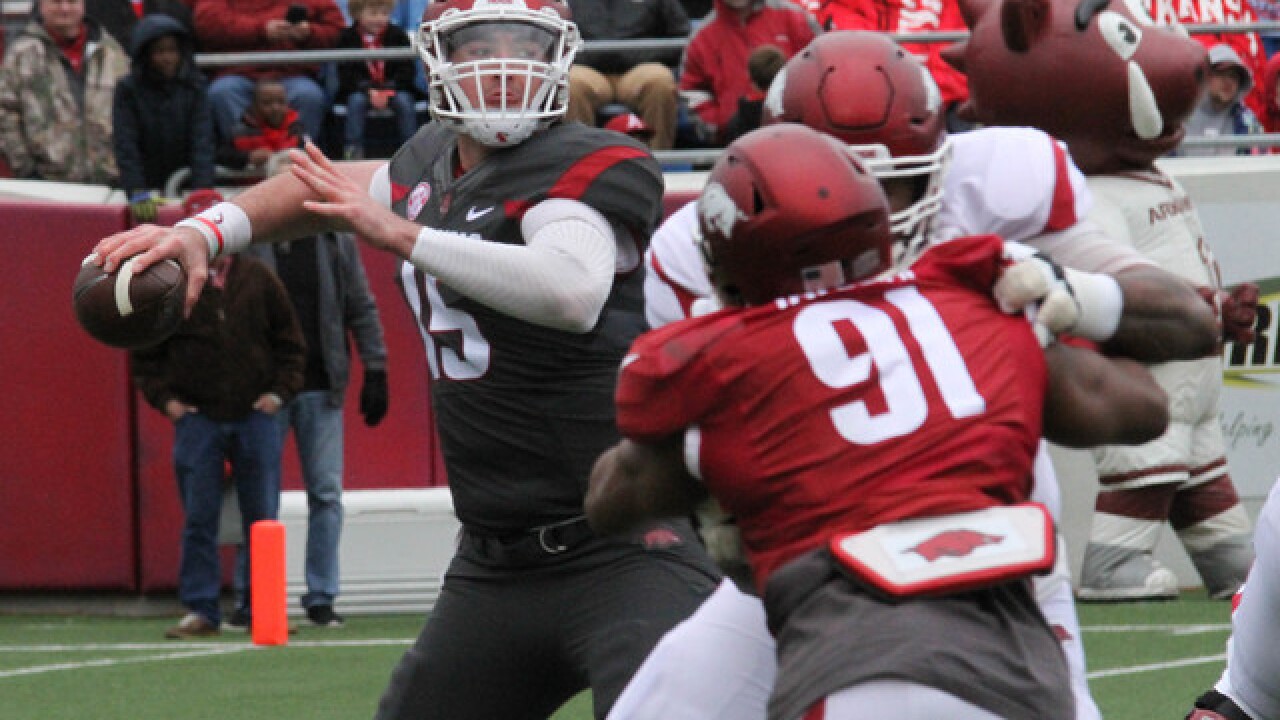 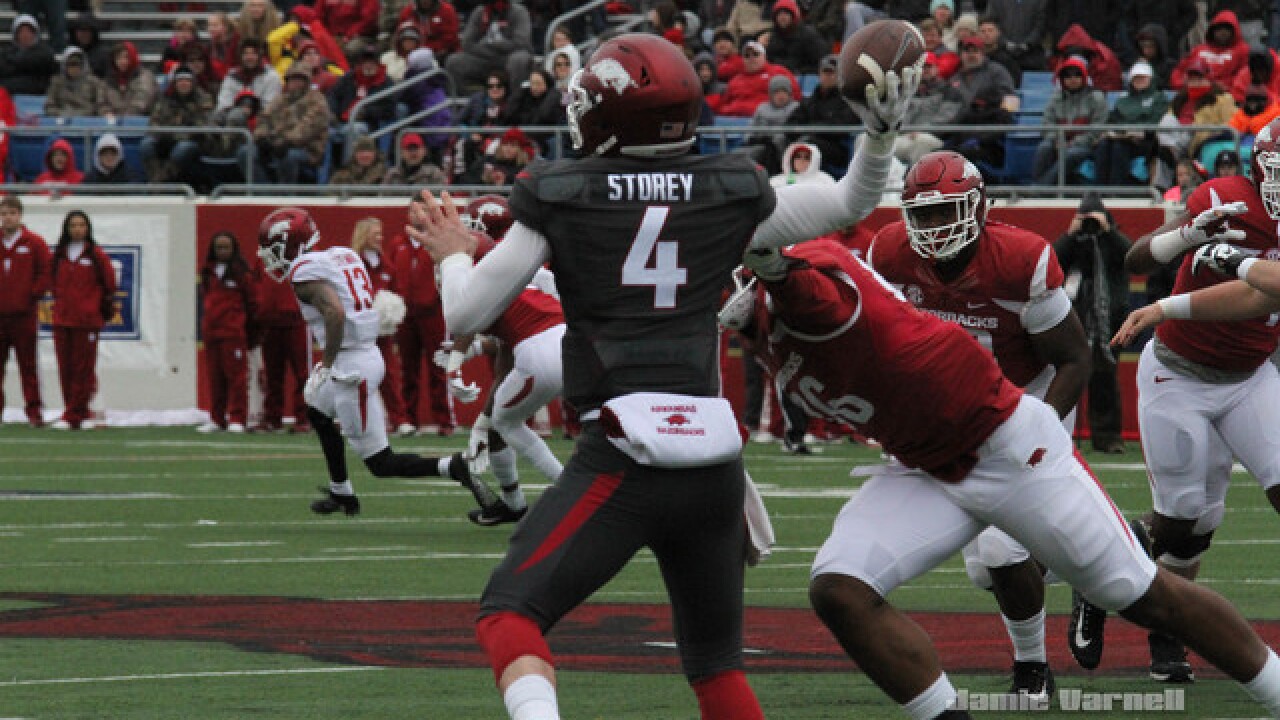 Most people can ride a bicycle. That was the Razorbacks of the last few years. Powered by muscle and agility, focusing on fundamentals and strength. Imagine taking that skill set to the Superbike series where you race motorcycles at 200 miles per hour, almost touching the ground with your elbows as you strive to be the most agile at break neck speed. That was the task given to the Razorback football program going from the former regime to the new Hammer Down style of Head Coach Chad Morris.

Morris has given a new identity and a new swagger to a program that looked frustrated only months ago. They ran 109 offensive plays, but the attacking defense was evident as well.  Key positions were the offensive backfield. Ty Storey seems slightly ahead because if his age and knowledge of the system. He ran a similar style in high school. However, Cole Kelley is a physical monster and has size and strength to match a sneaky speed that could make the decision very difficult.

Both there a touchdown, and to the same player. Storey hit Cheyenne O’Grady on a long catch and run, while Kelley hit him on a touch pass across the middle after having a touchdown called back with the touch rule in effect to avoid contact on quarterbacks. Both threw for the same yardage, 126 yards.  Both were sacked twice. In other words, it is still up in the air, but both adapted very well to the new system.

Devwah Whaley was matched by Maleek Williams for the team lead with 62 yards rushing. Kendrick Jackson showed some punishing power with his 43 yards on the ground.

La’Michael Pettway made the play of the day, hauling in a long pass on a back shoulder throw before taking a punishing blow from Micahh Smith. Another surprise was a player not even named on the roster sheet, Chris Lopes, a stocky kicker wearing #93 who hit both of his attempts, from 38 and 31 yards.

Defensively, it was a base set but you can tell the new aggressive styling of “The General” John Chavis. Jamario Bell was credited with two sacks on the day, and Tulsa Union native Korea Fisher had 2 tackles in his time on the field, playing in one of the deepest talent positions on the team.

Chad Morris summed up the day best in his press conference following the game. “It’s Arkansas vs. Arkansas. It always has been and it always will be. I think we’re the only team in the country that can beat us. We had a lot of things going on today. Razorbacks from the past, present and future. It was great to see some of the Razorbacks from the past on the sidelines today. We stayed healthy today. When you can line them up at the end and they’re all still walking, you’ve had a successful day.”