Arkansas defeats Oregon State, 4-1 in Game One of CWS Championship 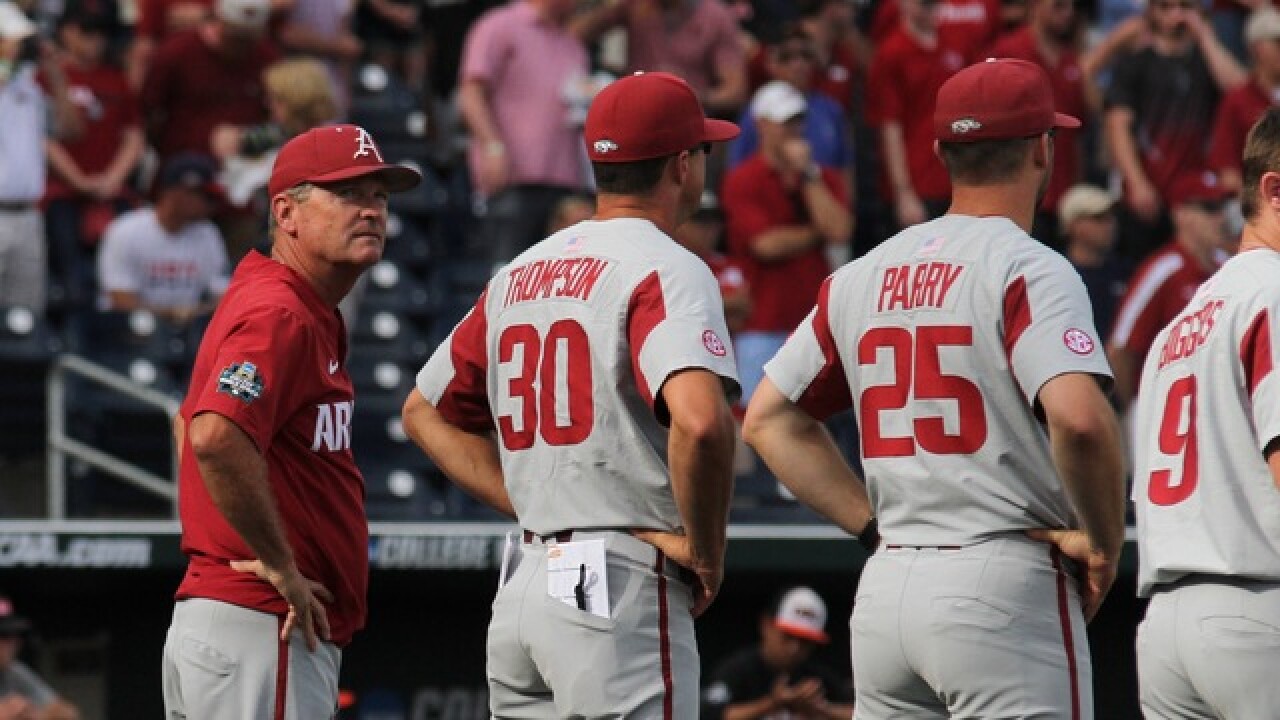 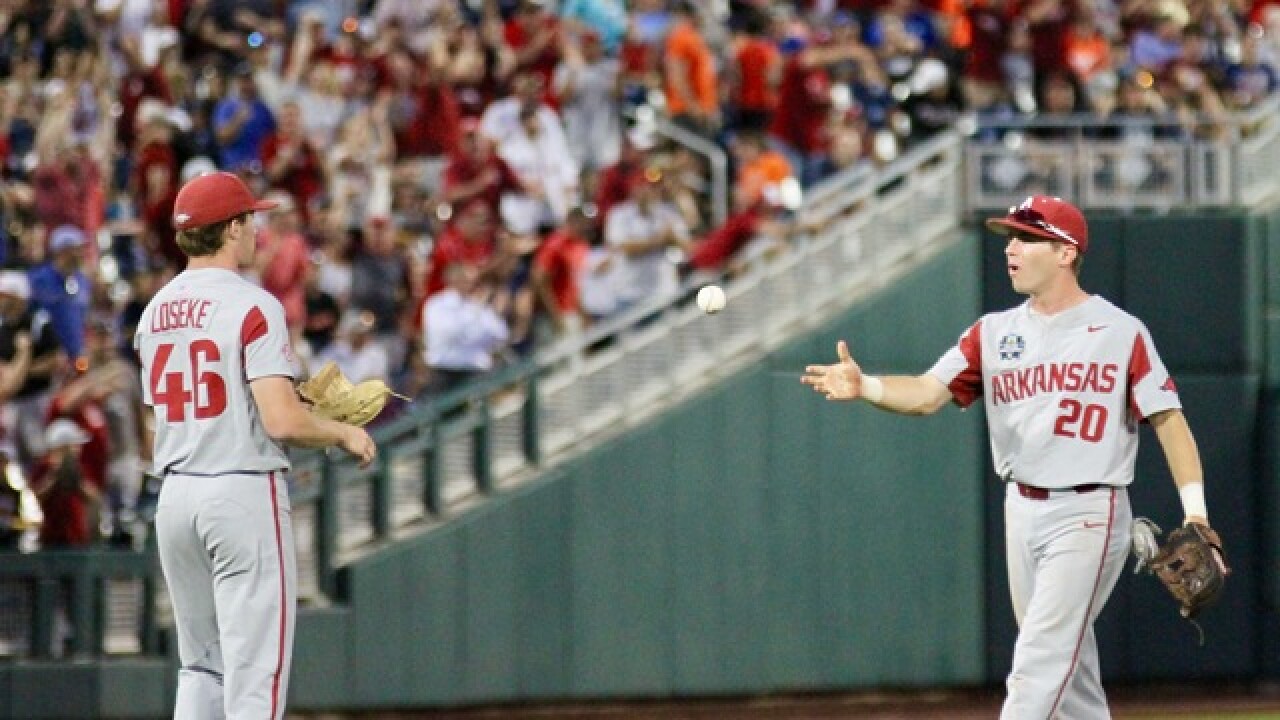 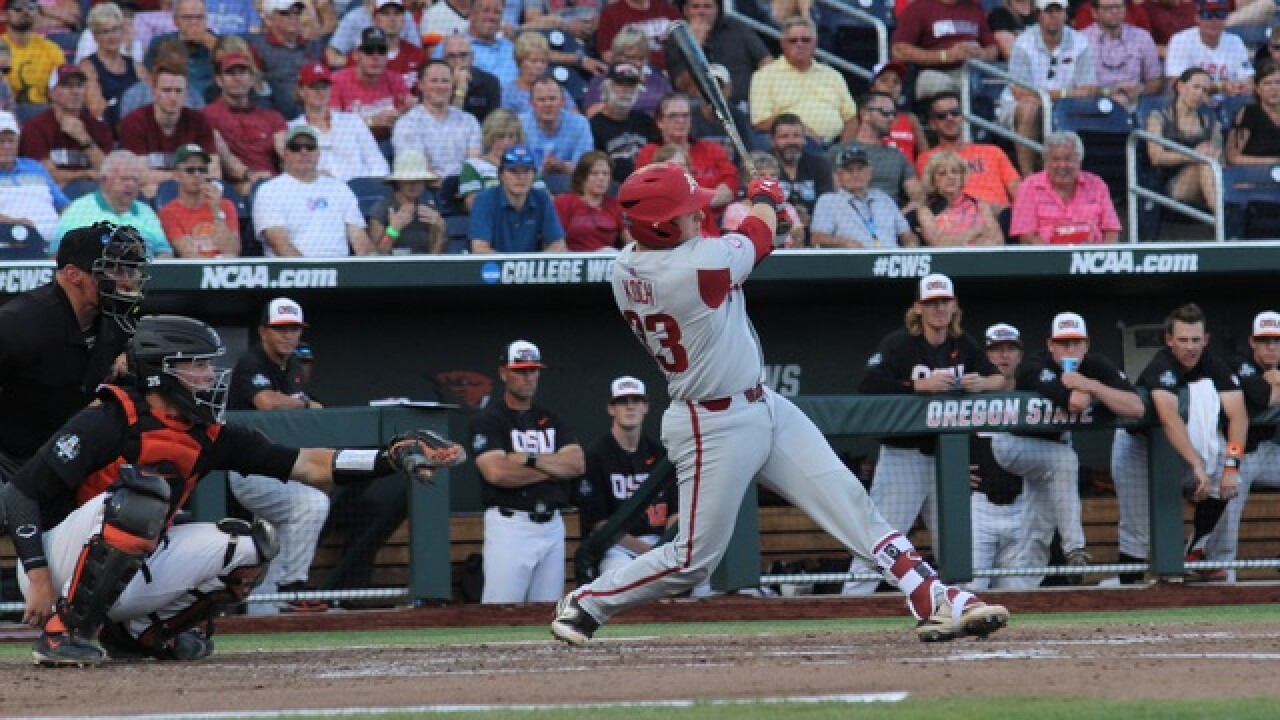 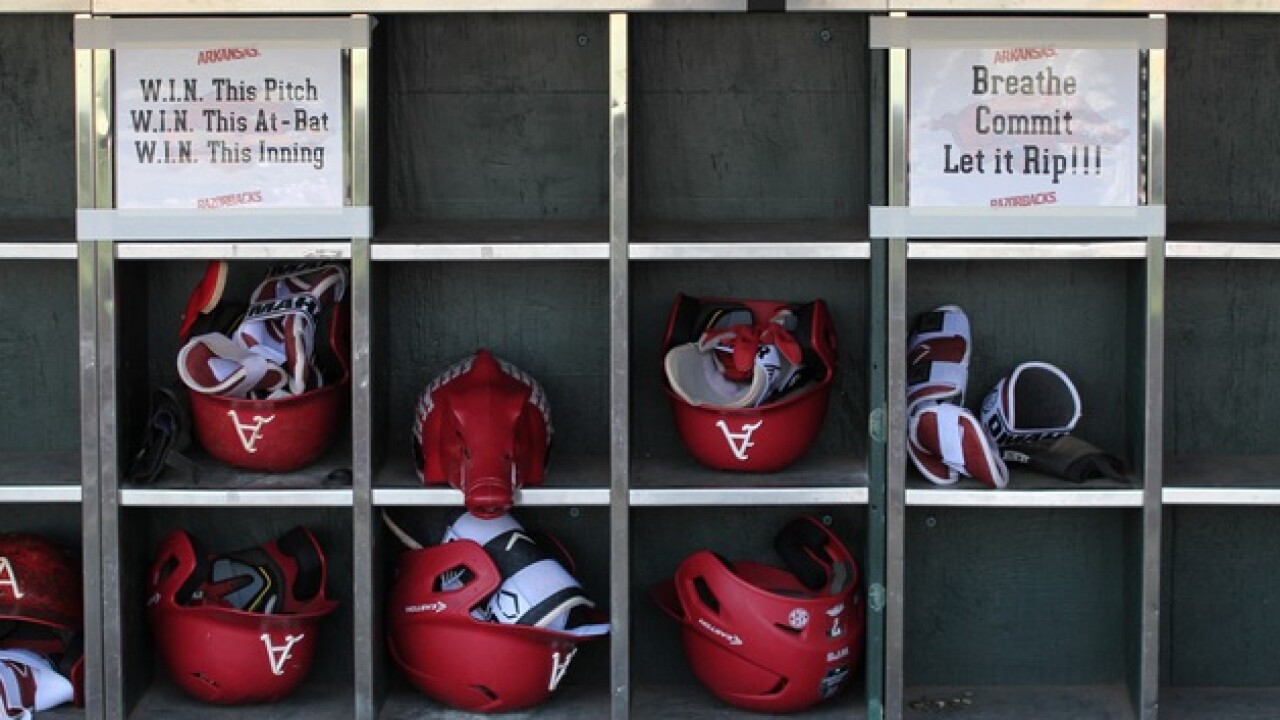 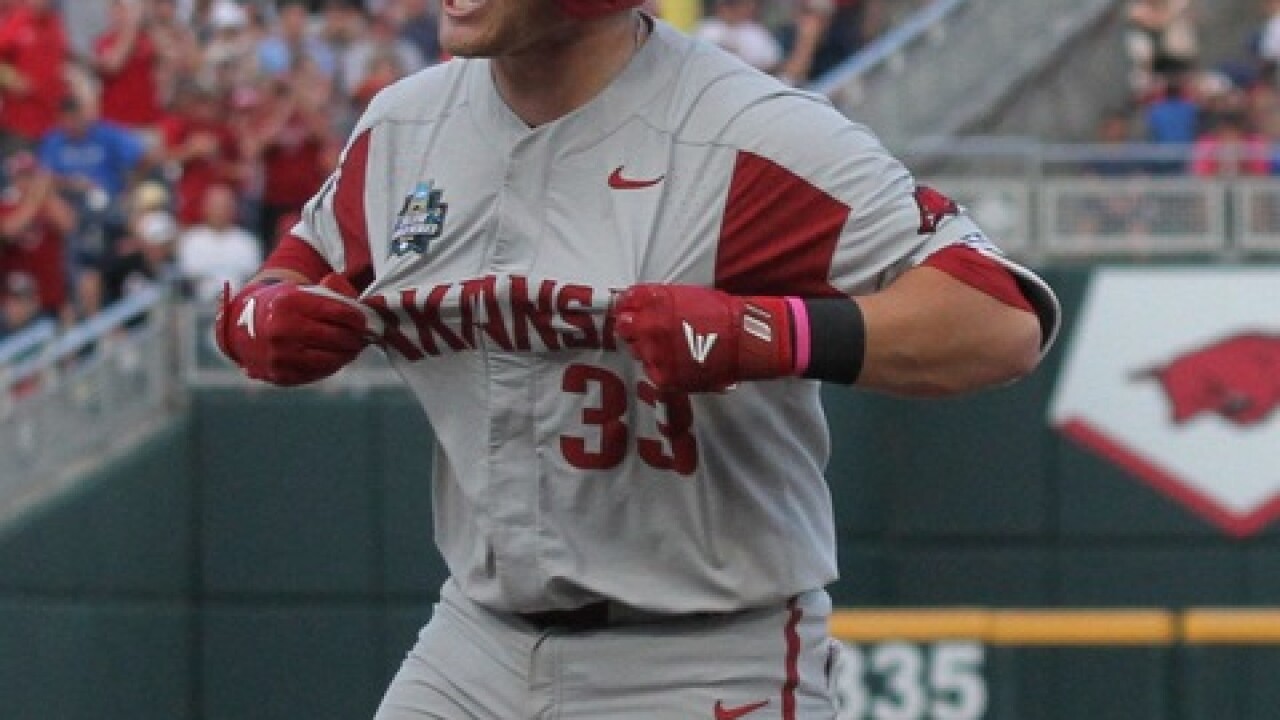 In front of over 25,000 fans at TD Ameritrade field in Omaha, Nebraska, The Arkansas Razorbacks took advantage of great pitching and defense to get within a win of their first ever baseball national championship. Dave Van Horn summed it up best by saying, “this is kind of how crazy it was back when we brought Nebraska here in 2001 for the first time. “ It was a heavy Razorback atmosphere that helped them overcome a sluggish offense and past the best pitching that Oregon State has to offer.

Early on, the Hogs were missing the breaking pitches and chasing balls outside the zone. They settled in and were able to run up the pitch count on OSU starter Luke Heimlich. Arkansas finally got to him in the 5th shortly after an interference play kept Oregon State from taking a 2-0 lead early. Hits by Gates and Koch helped Arkansas take advantage of walks and errors to push across 4 runs. Grant Koch was the key, and though he hit the ball well to this point, he often saw it become a long line drive right at someone, unable to capitalize on good contact. Tonight, those hits dropped in and Koch fired up the Arkansas faithful, and Blaine Knight recorded his 14th win and will finish as the only undefeated starter in Division 1 Baseball.

Barrett Loeske did what he has done all postseason, come in and shut people down. He pitched 2 scoreless innings before handing the ball over to Matt Cronin, who would end things in the 9th and record his record-breaking 14th save of the season. Cronin could have even larger numbers but missed 4 weeks in the middle of the season with mono.

Aside from the interference play, which the NCAA issued a statement verifying the reason for the call, Arkansas had another stellar defensive night. Freshman Heston Kjerstad shook off missing an early pop fly in the sun and gunned down a runner trying to stretch a single into more. Jared Gates, who Dave Van Horn simply said was “blue-collar”, laid out to make a spectacular play in foul territory. It was a defensive punch that swung the momentum fully in the Razorbacks direction.

Arkansas finished the evening level headed and looking to improve their performance for tomorrow, where a national title is 27 outs away. Hog calls, which have been heard at any moment and any location in Omaha, were heard echoing from the streets as fans spilled out of the stadium. Many waited on the team bus, cheering them to the bus and back to the team hotel. It was a night full of energy. One can only imagine what will happen if this “home” crowd get a win and their first ever title.