Anybody else in Texas wanna try this? Arkansas beats Texas Tech to reach CWS Semifinals 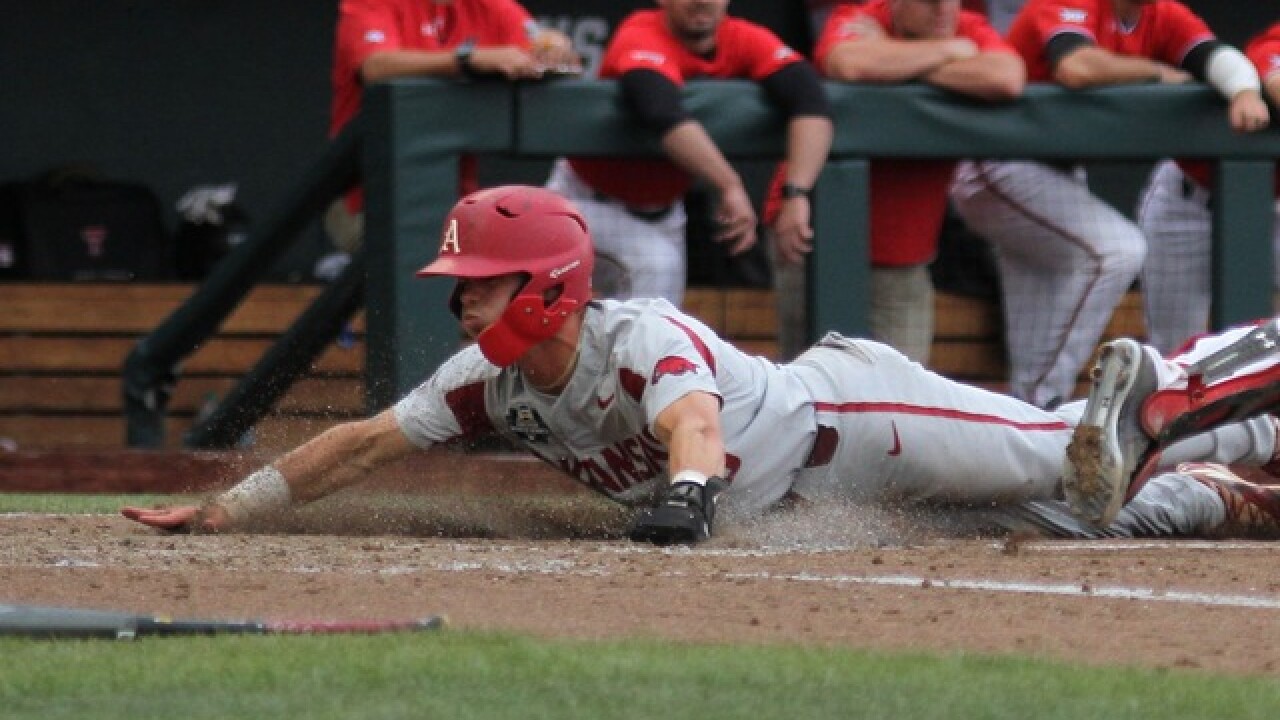 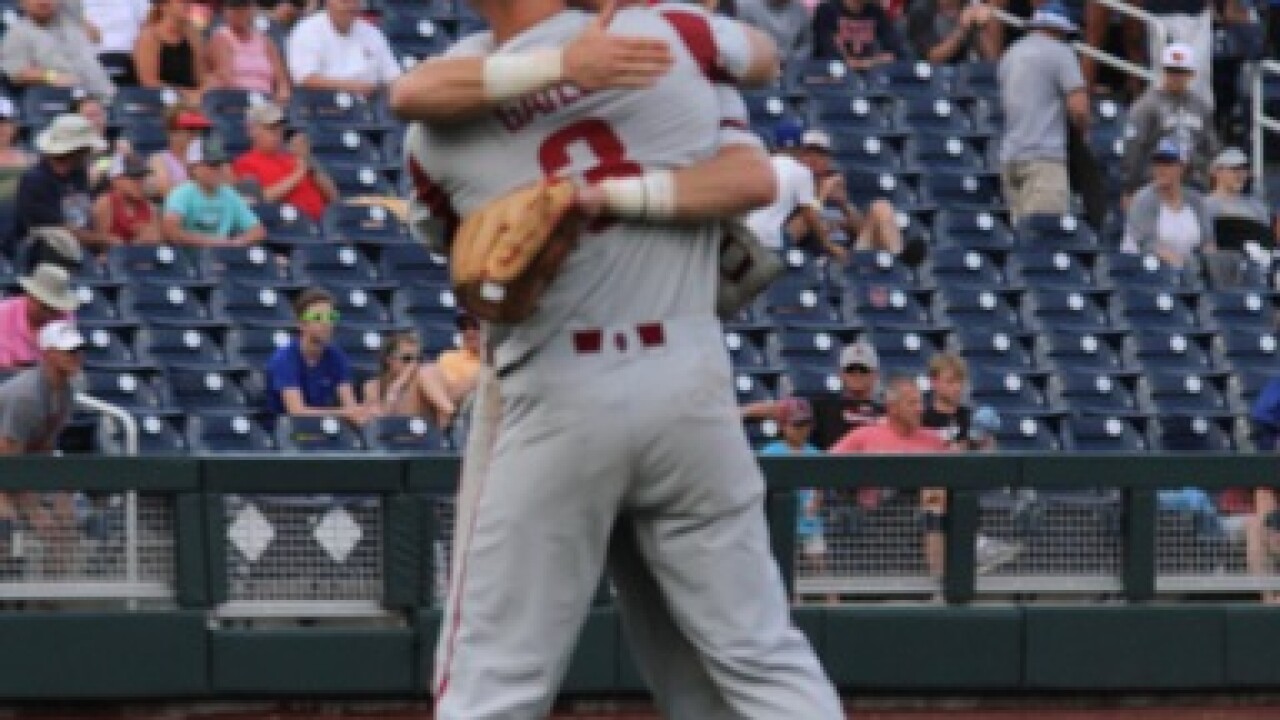 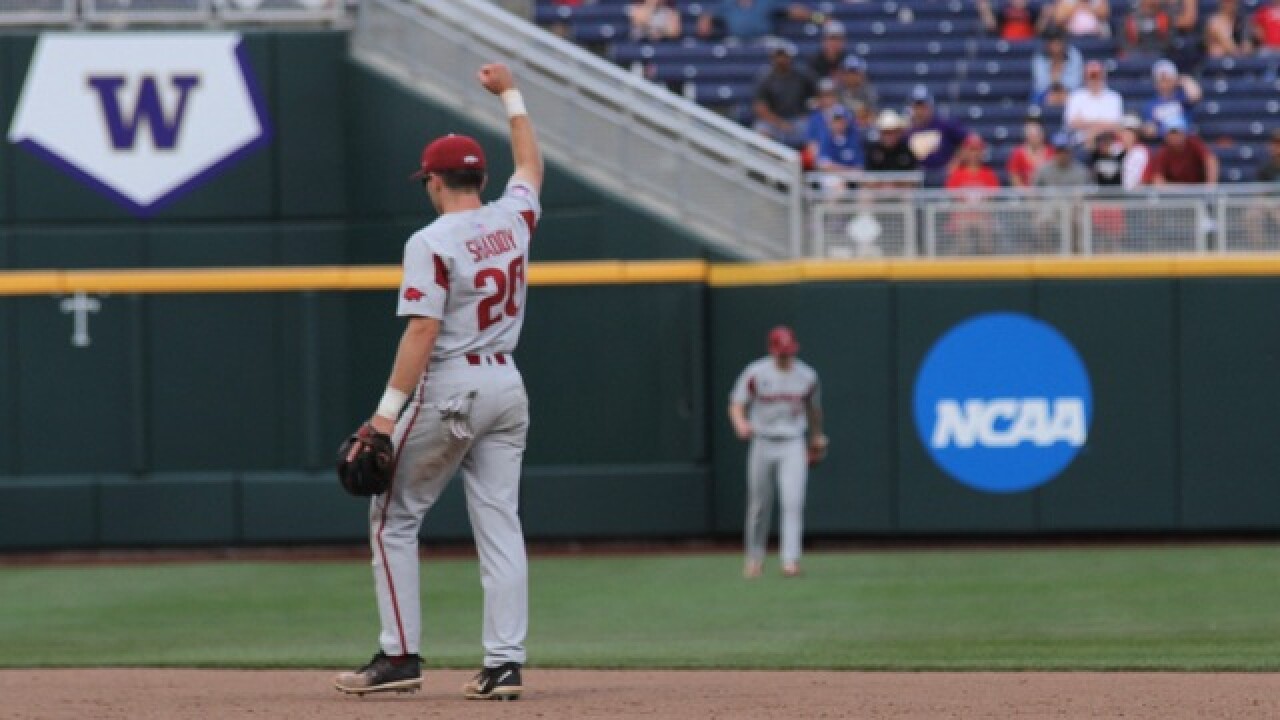 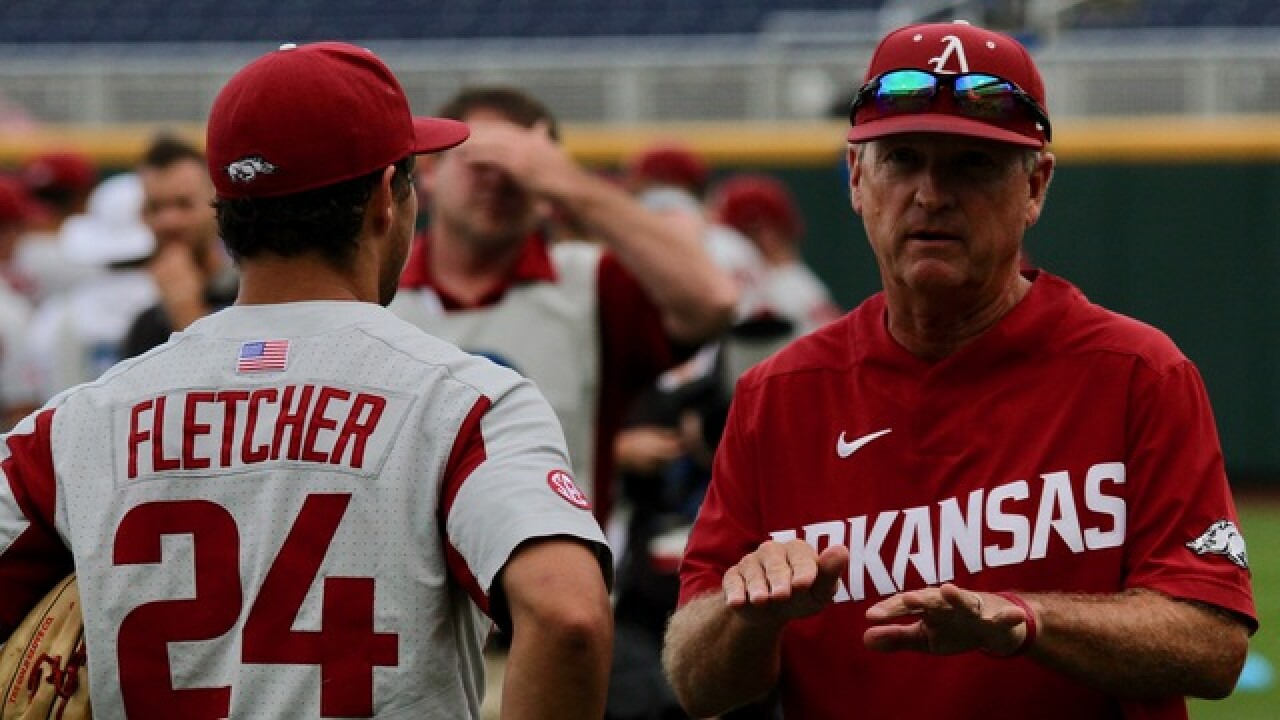 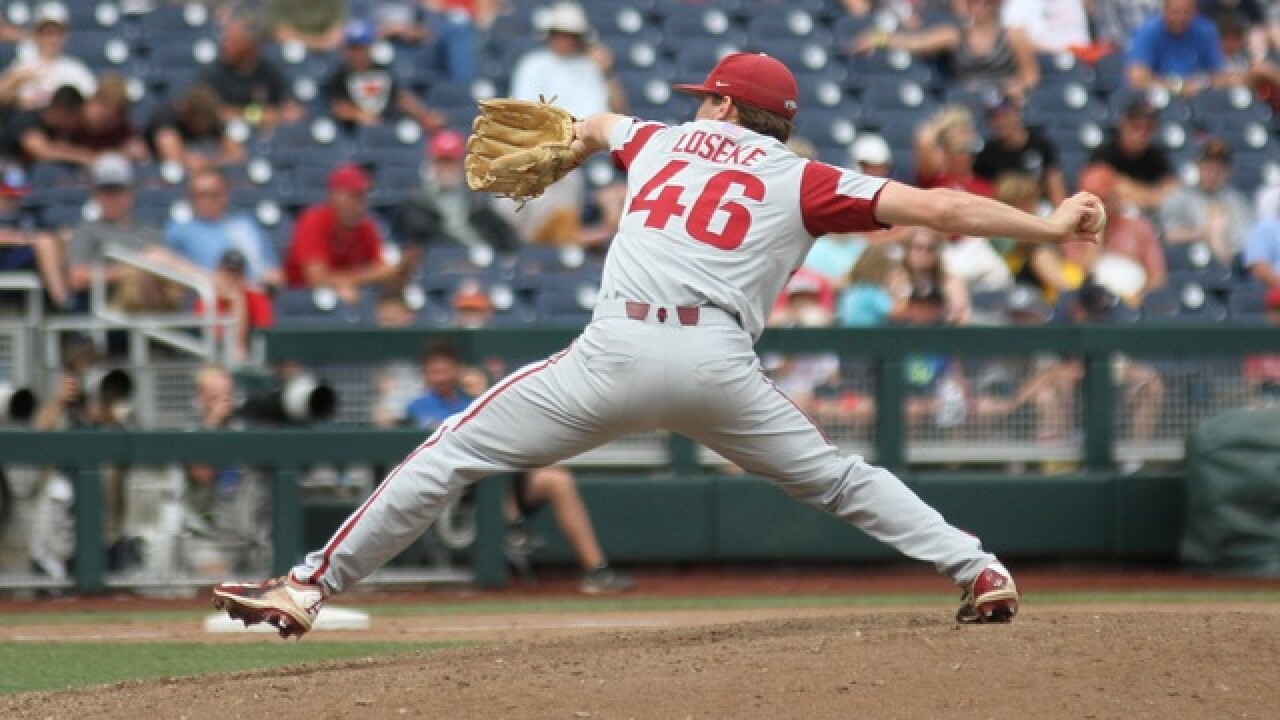 Dominic Fletcher said that is as far as he can hit a baseball. Head Coach Dave Van Horn disagreed, saying he had seen him hit a lot of balls that far, but this one landed in fair territory. The lefty sophomore centerfielder had started the year in a slump but has turned it around in the second half of the season. On the day, he went 4/4 and drove in 4 runs, hitting a monster shot to right field in the 4th inning after fouling off 8 previous pitches. The ball sailed over the bullpen and landed a few rows from the top of the seating area at TD Ameritrade Park. Fletcher became the first player with 4 hits and 4 RBIs since moving to the current stadium.

Arkansas rode hot hitting to a 7-4 win over another former Southwest Conference foe, Texas Tech. Starter Kacey Murphy went 4.2 innings and allowed only two hits. After one of those hits landed in the seats on a 2 run homer, Dave Van Horn went to Barrett Loeske who had proven success against the Red Raiders earlier in the season. He kept them at bay before handing over the ball to Matt Cronin with 2 out in the 8th. Cronin gave up 2 in the 9th but closed out the game throwing only 27 pitches.

Arkansas is the team everyone is buzzing about and now gets to take a day off while Florida and Texas Tech play Thursday to see who will advance back to the semifinals, having to beat Arkansas twice. Though Arkansas is known to travel well, many in the region that attend cheer for them because of their connection to former Nebraska Cornhuskers head coach and current Razorback Head Coach Dave Van Horn. With the weather proving to be the only opponent keeping Arkansas from the win column,  look for them to ride the momentum generated thus far. Isaiah Campbell will toe the mound Friday evening, hoping to repeat his start in the super regional. It will be all arms on deck, as Arkansas is one win away from the College World Series final.