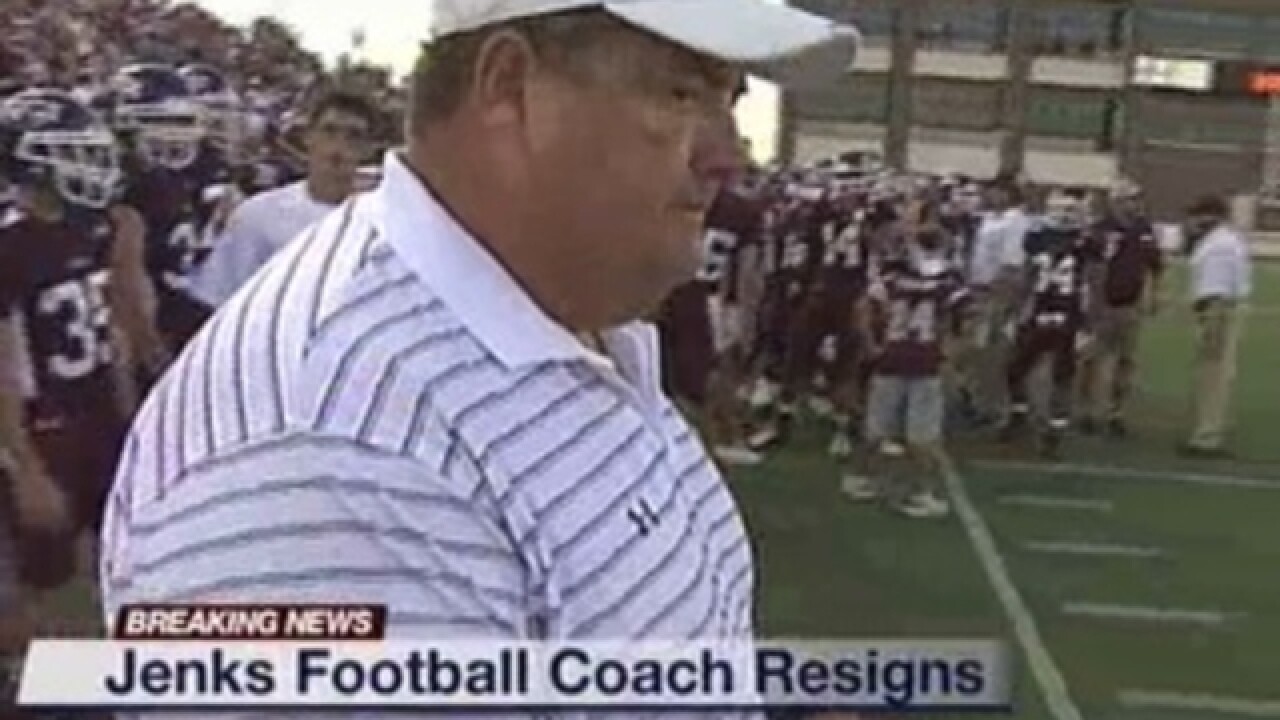 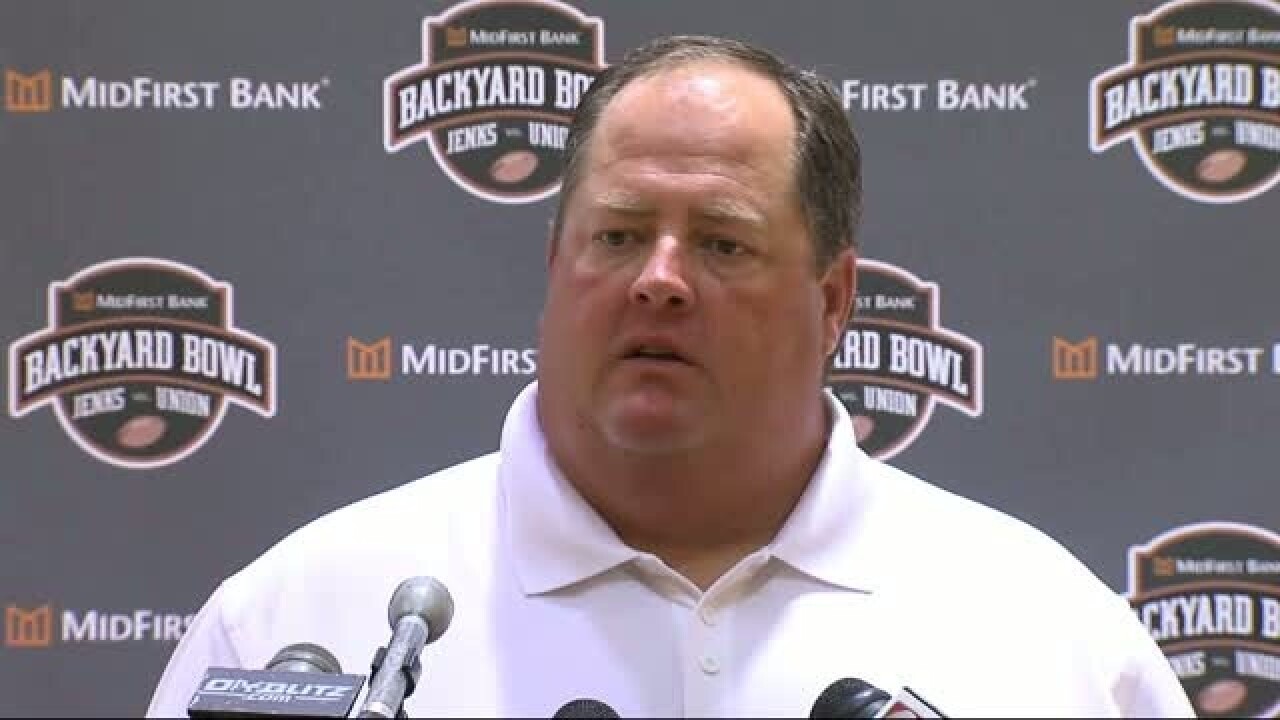 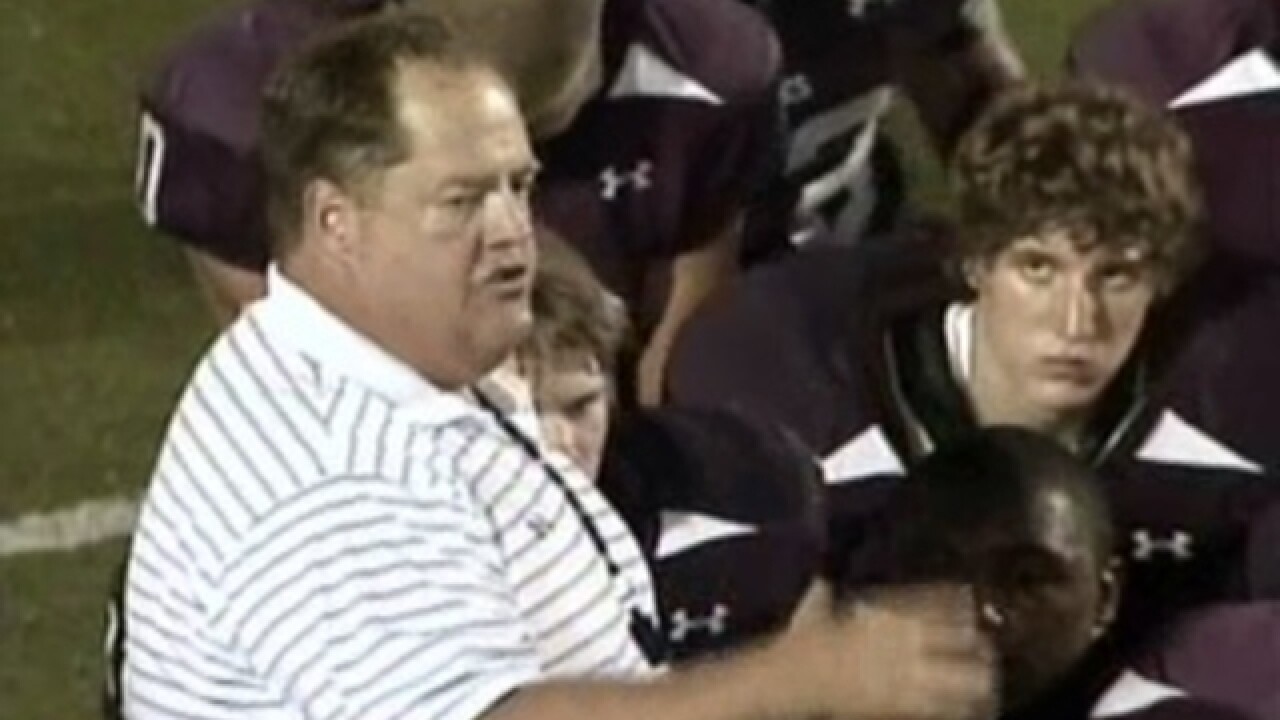 After 20 seasons of building the greatest High School Football Dynasty the state of Oklahoma has ever seen, Alan Trimble is set to retire as the Head Coach of the Jenks Trojans.
The story was first reported by Jenks Radio play-by-play man Don King on Saturday.
Trojans Athletic Director Tony Dillingham confirmed the news to KJRH Sports.
Trimble, who is with his team in Arkansas for a Football Camp, notified Dillingham Saturday morning, before telling his players he will retire at the end of July.
Trimble is certainly going out on top. His Trojans have won the last four Class 6A State Championships.
In 20 seasons as head coach, Trimble has a record of 224-35. He led the Trojans to 13 State Titles.
Jenks Public Schools released the following statement Saturday afternoon:
"Allan Trimble has achieved an unprecedented level of success as the head football coach at Jenks High School. Beyond leading the Trojans to 13 state championships and becoming one of the elite high school football coaches in the nation, Coach Trimble has left a positive, lasting impact on the lives of thousands of students and young men. He is a mentor, a role model, a teacher, and an outstanding example of leadership and humility.
Coach Trimble’s efforts both on and off the field, have helped create a tradition of excellence and generated an incredible amount of pride for the entire Jenks community. He has left a lasting legacy at Jenks Public Schools and he will be missed.
The process to identify a replacement will begin immediately. It is extremely important to carry on the proud tradition of Jenks Trojan football and continue to build on the success created by Coach Trimble."
Copyright 2016 Scripps Media, Inc. All rights reserved. This material may not be published, broadcast, rewritten, or redistributed.