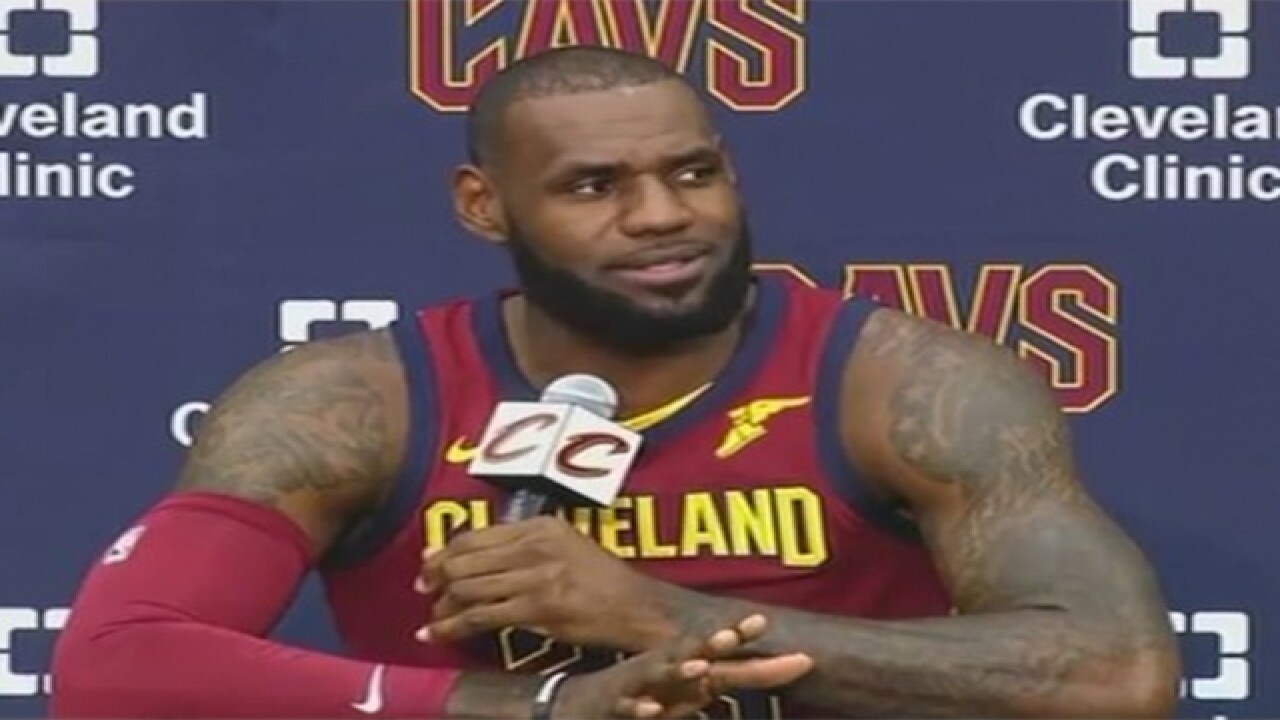 Let's make one thing clear - the Cavaliers are not for sale.

But if they were, LeBron James says he would "obviously" be interested in potentially buying the team.

"To be an owner of any team would be crazy," James told The Athletic's Jason Lloyd. "If this thing opened up and I'm in a position financially, and I've got the right team around me, obviously. But who's to say Dan will [sell]? I've always kept it just player/owner at this point. I guess once I come down to that point, if the conversation needed to be had, I'll have it. But I don't have it right now."

This lines up with another interview James had with Lloyd back in May when he said, "I will own a team someday. That's my next thing."

James said owning a team would "be cool," because it would allow him to "stay part of the game and still be able to put people in positions of power."

According to a Forbes report in February, the Cleveland Cavaliers are valued at $1.2 billion. Owner Dan Gilbert paid $375 million for the team in 2005.

According to another Forbes report, James ($86 million ) is the world's second-highest paid athlete this year behind Real Madrid forward Christiano Ronaldo ($93 million).