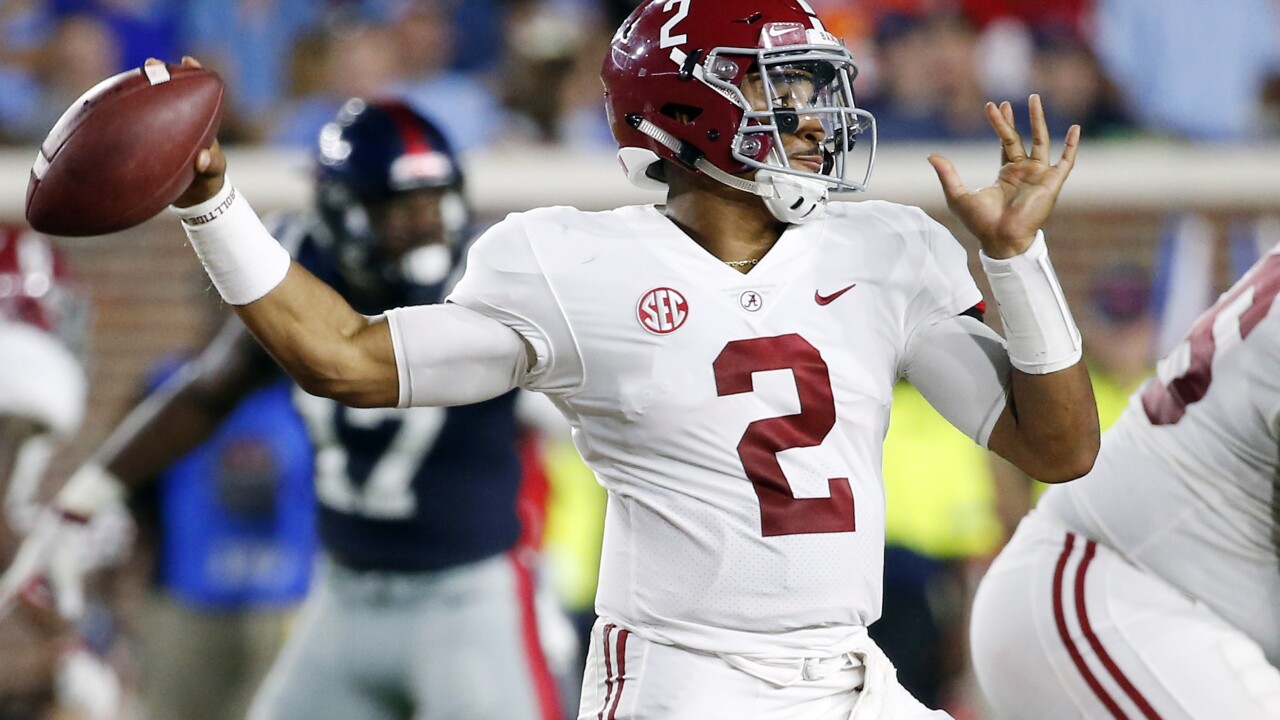 NORMAN — Former Alabama quarterback Jalen Hurts announced in an article for The Player's Tribune that "he's taking his talents to the University of Oklahoma."

Hurts was in Norman last Saturday after he put his name into the NCAA transfer portal.

"I’ve decided to take my talents to the University of Oklahoma, where I will continue my development as both a quarterback and as a student," Hurts said in the article.

Hurts also thanked Alabama fans, teammates and his coaches for his time with the Roll Tide.

Hurts was 26-2 as a starter and took Alabama to two straight national championships before being replaced by Tua Tagabailoa in last year's championship game.