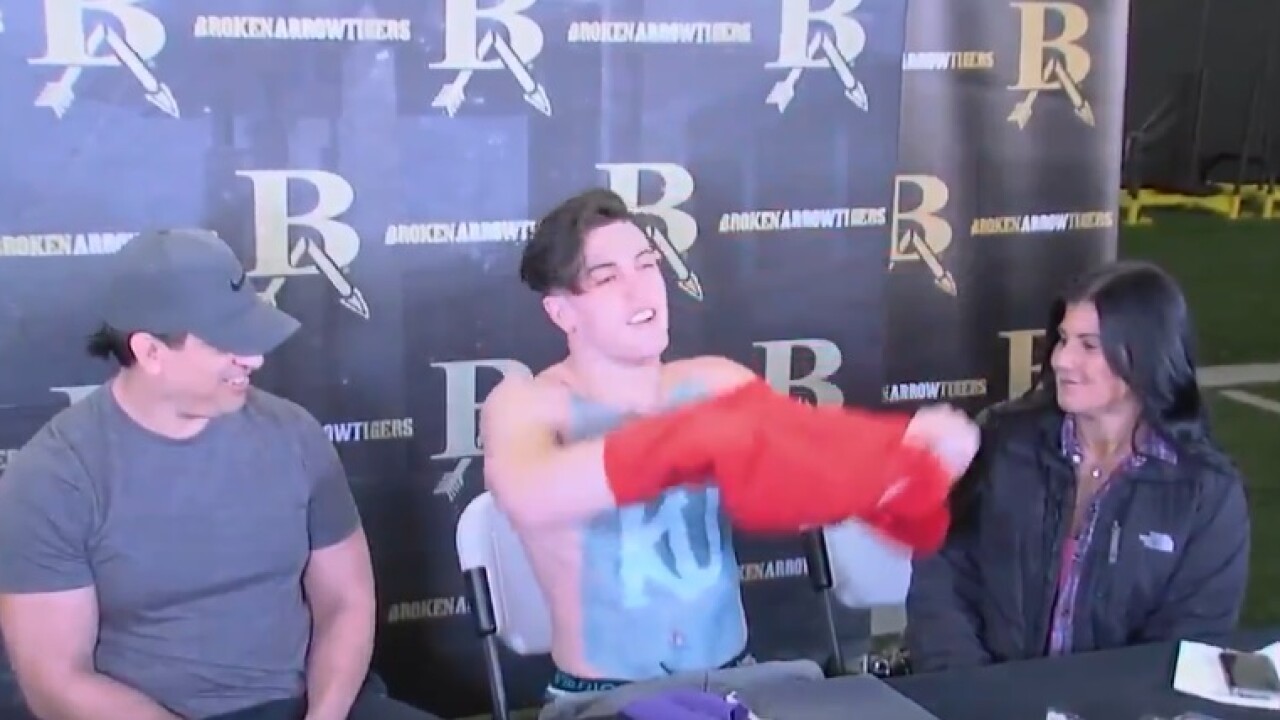 It's signing day for high school athletes across the country, and those in the Oklahoma area are talking about their commitments to play at the next level.

Broken Arrow linebacker Gavin Potter chooses to play for Les Miles and the Kansas Jayhawks in a way we have never seen before! He talked about his feelings towards Oklahoma and Oklahoma State.

Jenks quarterback Ian Corwin, former FNL Player of the Week, is the Trojans all-time leading passer. Below, he talks about signing with Drake University in Iowa: