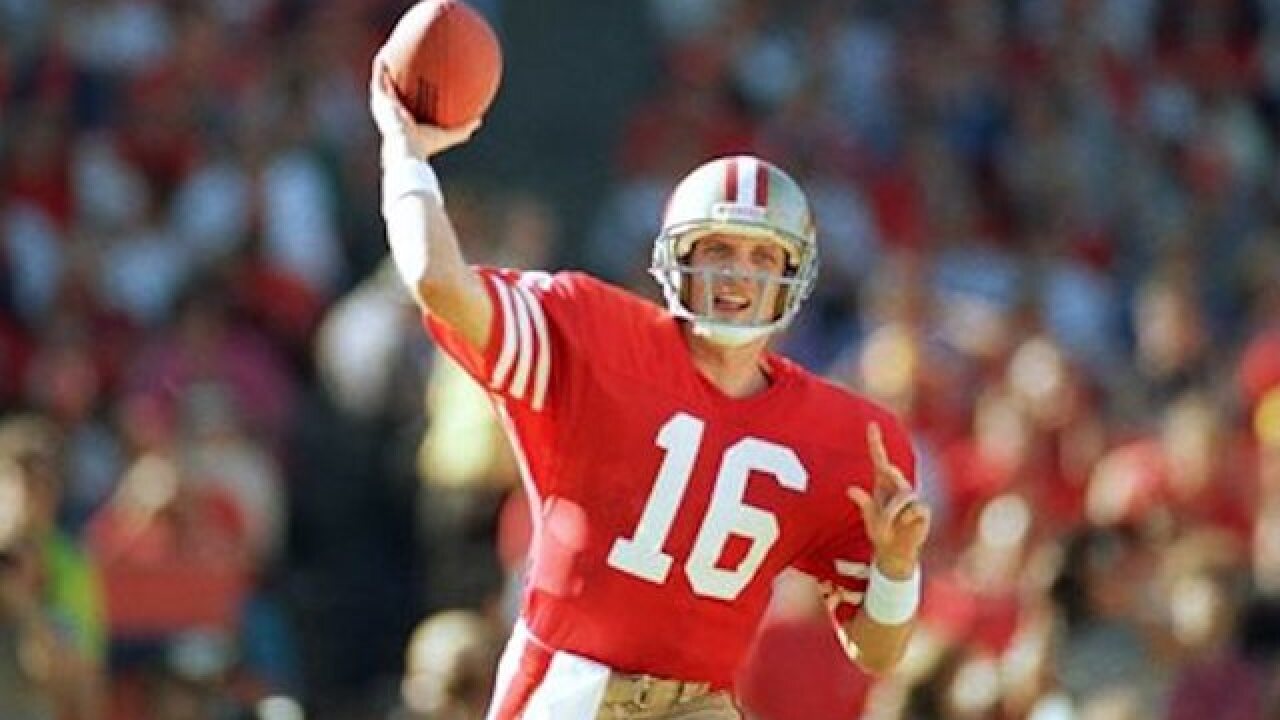 SAN FRANCISCO (AP) — Every Super Bowl kicks off with the hopes of a thrilling game, capped by a dramatic drive in which the champion seizes control to capture the Lombardi Trophy.

Often, quarterbacks earn their moment in history, from Terry Bradshaw and Joe Montana to Ben Roethlisberger and Eli Manning. Russell Wilson had the Seattle Seahawks in position to do just that last year until that fateful decision to pass instead of hand off to Marshawn Lynch.

Of the first 49 Super Bowls, only 10 featured game-winning points in the final three minutes, though a few others have kept fans watching for more than just the commercials.

Here's a look back at three of the Super Bowl's most dramatic drives:

The Super Bowl had become known for a series of lopsided results in the 1990s, with the Giants' 20-19 squeaker over Buffalo the lone exception in the decade. The St. Louis Rams and Tennessee Titans set the tone for the new century with a wild finish.

Kurt Warner came through with the biggest play yet for the Greatest Show on Turf, breaking a 16-16 tie by hitting Isaac Bruce for a 73-yard touchdown pass with 1:54 left for a 23-16 lead and what wound up as the final score in 2000.

Yet the Titans were far from done, thanks to Steve McNair.

He drove Tennessee from its 12 trying to force the first overtime in Super Bowl history. He somehow escaped Rams defensive end Kevin Carter, who had the quarterback in his grasp on third-and-5 at the St. Louis 27. McNair completed a 16-yard pass to Kevin Dyson, setting up the Titans for the final play from the 10.

McNair found Dyson one last time. Rams linebacker Mike Jones made a sure tackle, holding on as Dyson failed to reach the ball over the goal line, getting to only the 1 as time expired.

Eli Manning came through with a drive for the ages for the New York Giants.

Manning guided the Giants 83 yards over 12 plays on a drive best remembered for his pass on third-and-5 at the Giants 44. About to be sacked, Manning pulled away from Jarvis Green and Richard Seymour, scrambling to his right before heaving the ball downfield. David Tyree leapt up for the catch, pinning the ball against his helmet even with Patriots safety Rodney Harrison fighting to rip it away.

That wasn't the winning play, though. That came when Manning found Plaxico Burress on the last play of the drive with a 13-yard touchdown pass with 35 seconds left for the 17-14 victory in Glendale, Arizona.

The 49ers finally lost in their sixth Super Bowl appearance, a demoralizing defeat still scrutinized for what San Francisco coach Jim Harbaugh didn't do at the end.

San Francisco got the ball back for the final time at its 20 with 4:19 left at the Superdome in 2013. Colin Kaepernick drove the Niners to the Baltimore 5 and threw three straight incomplete passes, all intended for Michael Crabtree. The receiver got tangled up on the third, but no flag was thrown even as Harbaugh screamed from the sideline for a penalty.

That left the 49ers one final play, and Kaepernick — making just his 10th start — audibled. Under pressure and off-balance, Kaepernick sailed a pass through the end zone. He lowered his head slightly and walked slowly off the field with a 34-31 loss to the Ravens.