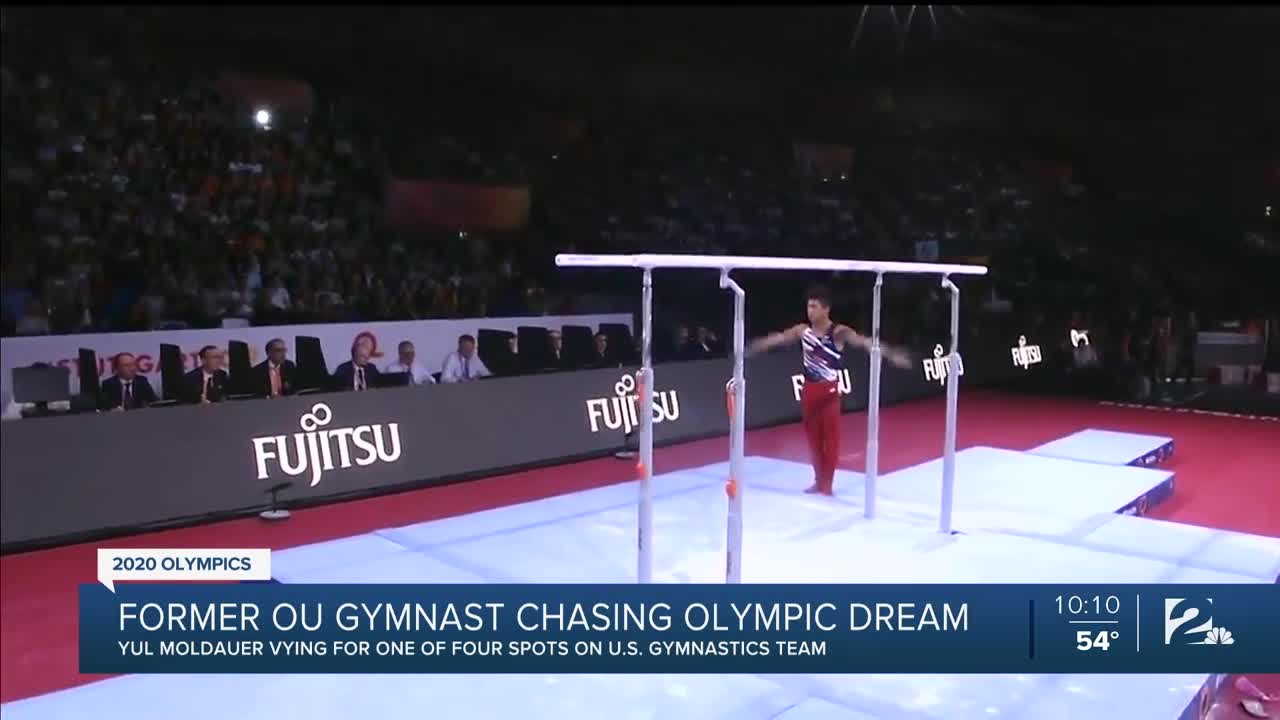 Back in 2008, as the U.S. Men’s Gymnastics claimed a surprise Bronze Medal at the Olympic Games in China, an 11-year-old Yul Moldauer began to dream.

“I remember when they got their medals placed around their necks,” said Moldauer, “I was crying. I remember thinking, I want that feeling.”

This summer in Tokyo, Moldauer night just get that feeling.

His Sooners’ career came to an end last Spring, but he continues to train in Norman, with a singular focus.

Moldauer is likely to land one of the four available spots on Team USA at the Olympic Trials in June.
Last summer, he finished second to Sam Mikulak in the U.S. Nationals, but becoming America’s top gymnast takes a back seat to his number one goal for 2020.

“I just think, go out there and perform, and if I become the best gymnast in the country, that’s awesome; but if I can be the second best, that’s even greater, because we’ll just be a better team overall. I’ve just always wanted to stand on the podium, with my teammates, looking left-to-right, thinking we just did this together.’