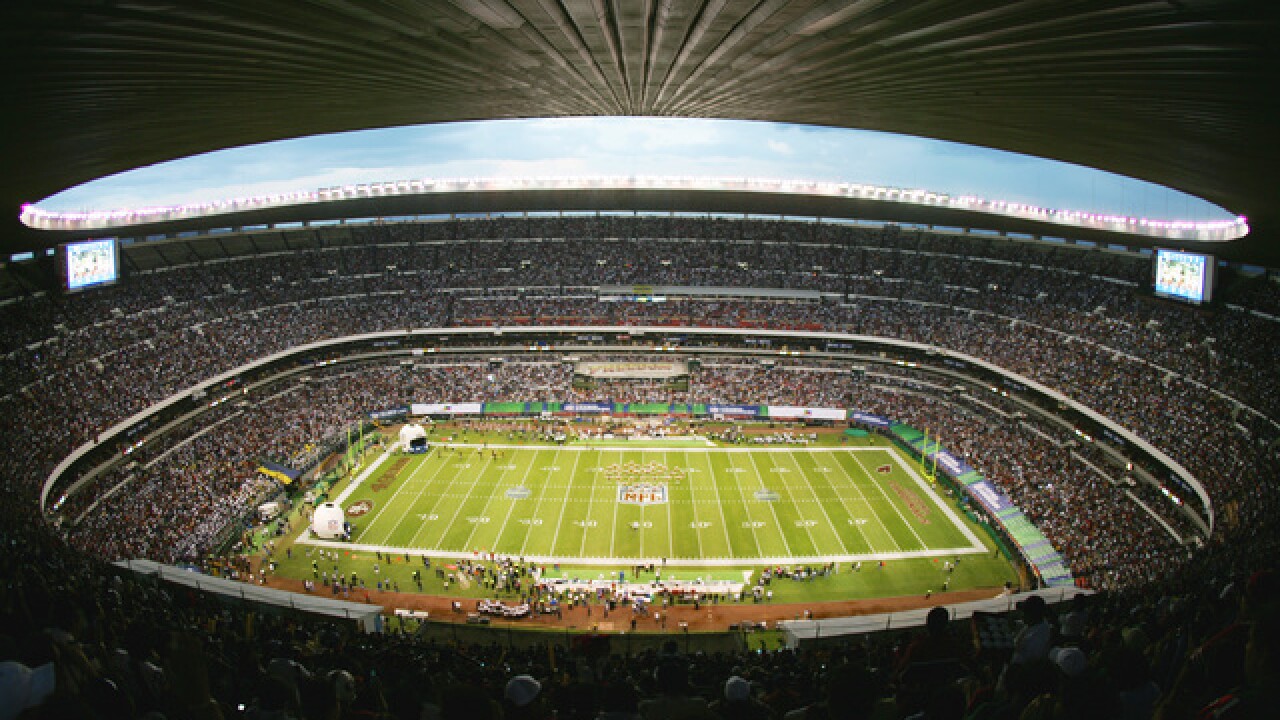 KANSAS CITY, Mo. — The NFL has decided to move the upcoming Kansas City Chiefs and Los Angeles Rams game from Mexico City to Los Angeles due to poor field conditions.

The NFL tweeted a statement Tuesday saying that the field didn't meet standards for "playability and consistency."

Chiefs-Rams game to move from Mexico City to Los Angeles due to field conditions pic.twitter.com/vWmpzS9lOr

The league said details on ticket reimbursement will be announced in the days ahead.

The NFL said the Rams will announce ticket information as soon as possible.

NFL Executive Vice President of International Mark Waller said the league has worked extensively with the stadium, Estadio Azteca, for months to prepare and didn't have any major concerns until recently.

"The combination of a difficult rainy season and a heavy multi-event calendar of events at the stadium, have resulted in significant damage to the field that presents unnecessary risks to player safety and makes it unsuitable to host an NFL game," said Waller in a statement.

The move comes after ESPN's Adam Schefter tweeted Tuesday afternoon that several players with the Chiefs and Rams were worried about the messy surface and considered not playing in the game. Schefter quoted an unnamed player who said, "It's not fair to risk our health."

If Monday night’s game is played in Mexico City, a number of Rams and Chiefs players are now strongly considering not playing in that game on that messy surface, per sources. “It’s not fair to risk our health,” one prominent player said today.

Multiple outlets reported that the NFL was looking into the condition of the field surface.

The arena in Mexico City hosted a concert Saturday that is being blamed for the problems.

The teams were scheduled to face off at 7:15 p.m. CT Monday in Mexico City. The game will now be played at Los Angeles Memorial Coliseum.