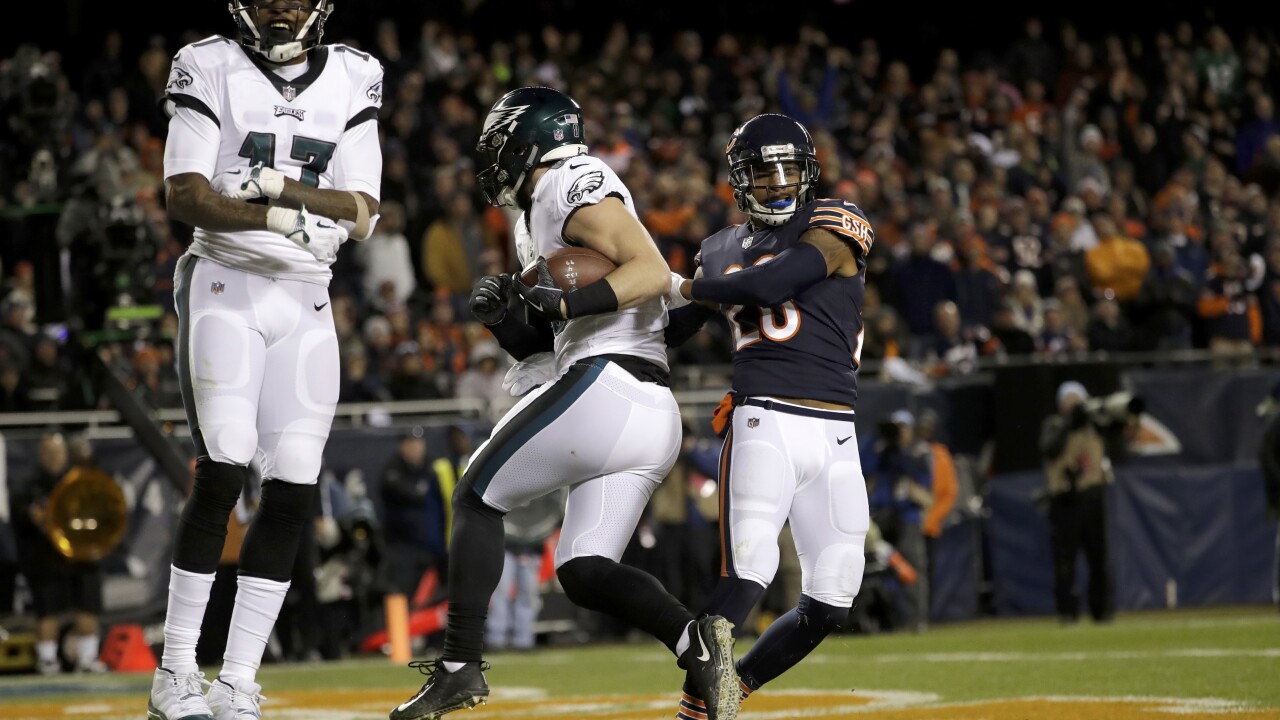 CHICAGO (AP) -- Nick Foles hit Golden Tate with a 2-yard touchdown pass on fourth down with 56 seconds remaining against the NFL's stingiest defense, lifting the Philadelphia Eagles past the Chicago Bears 16-15 on Sunday in the final wild-card game.

Former Eagles kicker Cody Parkey hit the left upright and then the crossbar with a field-goal attempt from 43 yards with 10 seconds remaining, silencing the raucous crowd.

The defending league champion Eagles (10-7) squeezed into the playoffs by beating Washington and having the Bears (12-5) help them by knocking off Minnesota in the season finale. Philadelphia thanked its benefactor with a 12-play, 60-yard drive on which Foles, the Super Bowl MVP last February, hit six passes.

No team has repeated as Super Bowl champion since New England in 2004, and the Eagles are a sixth seed. The last sixth seed to win the NFL title was Green Bay in the 2010 season.