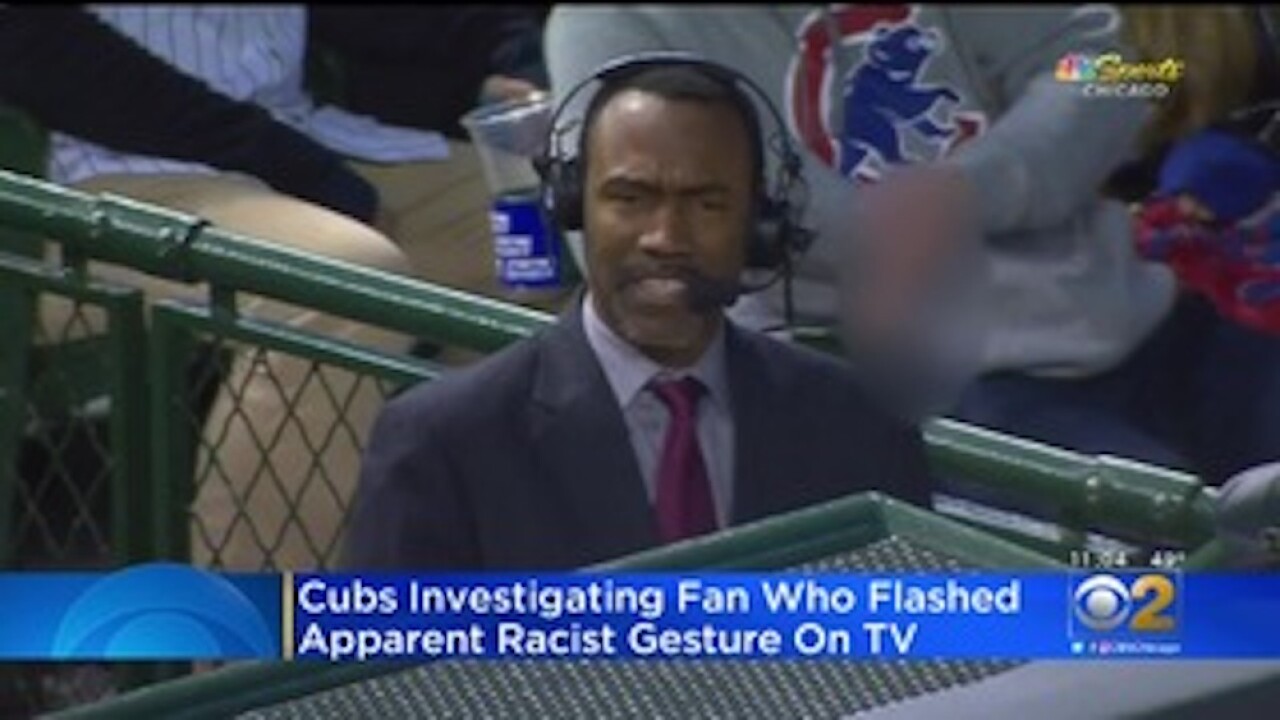 The Chicago Cubs have banned a fan indefinitely from Wrigley Field after he was seen on camera making an offensive hand gesture at a game this week.

On Tuesday night's Cubs broadcast on NBC Sports Chicago, a fan was seen behind analyst Doug Glanville, a former MLB player who is black, giving a hand gesture that has been known as a white power sign.

Crane Kenney, the Cubs' president of business operations, said in a statement after the game that the organization would investigate "because no one should be subjected to this type of offensive behavior."

"An individual seated behind Mr. Glanville used what appears to be an offensive hand gesture that is associated with racism," the statement said. "Such ignorant and repulsive behavior is not tolerated at Wrigley Field."

On Wednesday, Kenney said the fan violated the organization's guest code of conduct.

"As a result, after repeated attempts to reach this individual by phone, we sent a letter to the individual notifying him of our findings and our decision that, effectively immediately, he will not be permitted on the grounds of Wrigley Field or other ticketed areas indefinitely," Kenney said in a statement.

"We further communicated if he attempts to enter Wrigley Field or other ticketed areas he may be subject to prosecution for criminal trespass to property."

The Cubs are not disclosing the name of the individual to the general public.