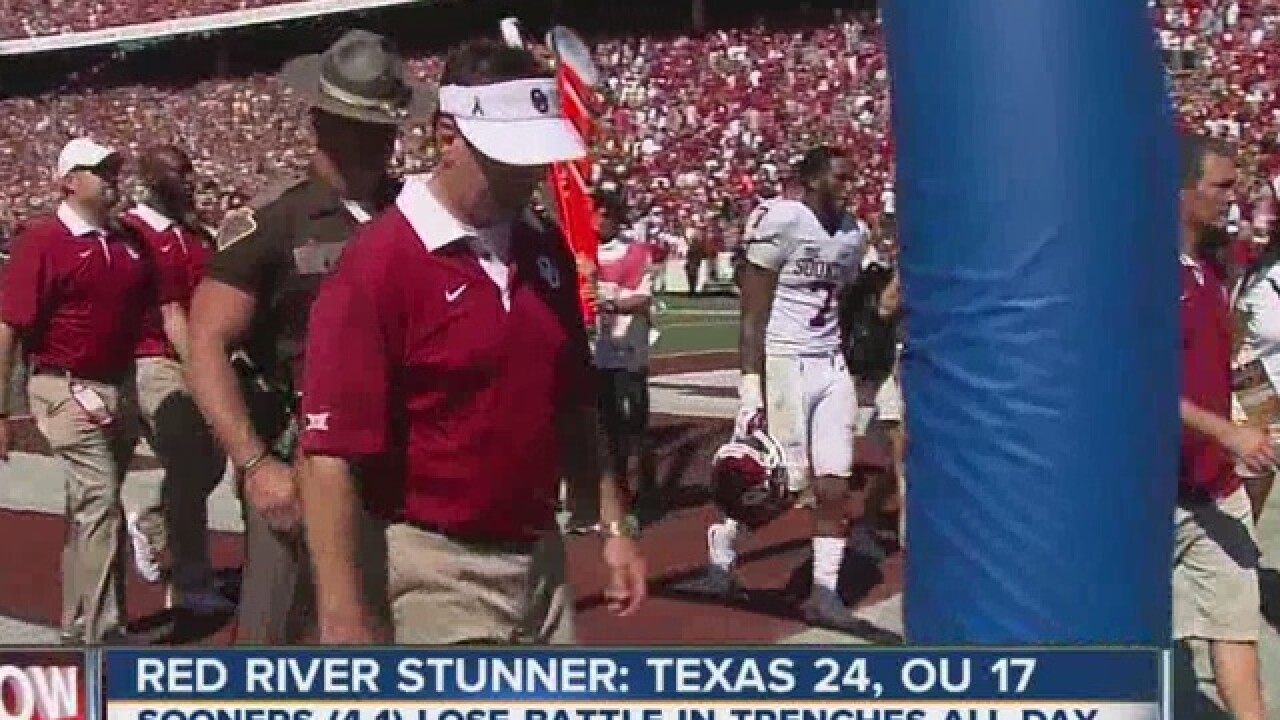 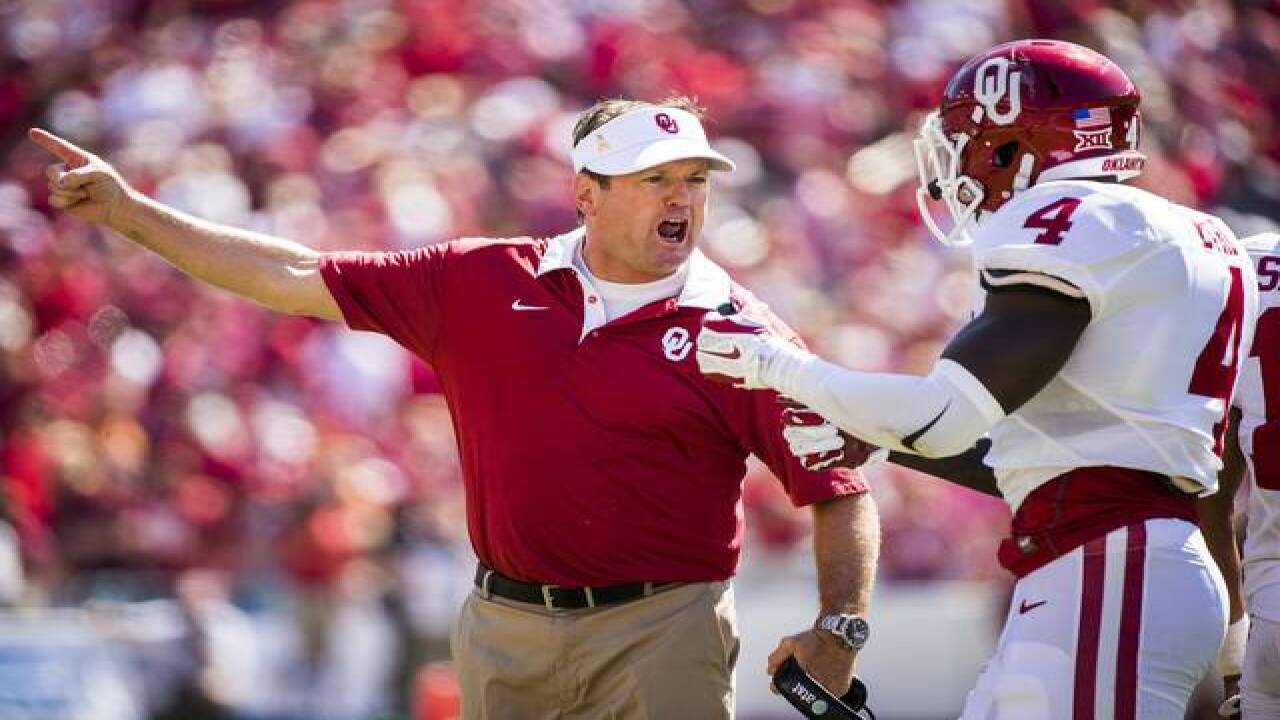 NORMAN, Okla. (AP) -- There will be more at stake than usual for Texas coach Charlie Strong and Oklahoma coach Bob Stoops at this year's showdown game Saturday in Dallas.

Both schools have traditionally ranked among college football's top programs , but they are off to disappointing starts by their standards and their fans are not happy.

''The bottom line is we're both 2-2 going into this game,'' Stoops said. ''So both of us, it's critical for both of us in how we move forward. Other than that, I don't pay attention to any of that.''

Texas athletic director Mike Perrin told a reporter after Saturday's 49-31 loss to Oklahoma State: ''We need to evaluate what happened here.'' A Longhorns spokesman, John Bianco, later said Perrin's comments were about the coaching staff needing to evaluate the game and the issues the team had on the field.

''We have a lot of talent on defense,'' Strong said. ''It's unacceptable, the way we played. What I've decided to do is run the defense and call the defense.''

Stoops said the change will have some effect on No. 20 Oklahoma's preparation for the game.

''It will be something to consider, what they might do differently,'' he said. ''Sometimes you can only change so much, but I really believe overall, with all we see through the year, our guys are used to seeing a lot.''

Strong has been under intense scrutiny since taking over at Texas. The Longhorns showed promise at times last season with wins over Oklahoma and Baylor, but they also lost to Iowa State, Texas Tech and West Virginia. Texas opened this season with a promising win over Notre Dame, but the heat is on Strong after losses to California and Oklahoma State during which the Longhorns allowed 50 and 49 points, respectively.

''I don't need it,'' he said. ''At the end of the day, we have eight games. Let's go win these games. Everything else will take care of itself. I haven't jumped off the stadium yet.''

Strong has told his players not to worry about speculation that his job is in danger.

'''You just go play and let me handle everything else,''' Strong said he told his team. ''It doesn't matter to me anymore. What's gonna be said is gonna be said.''

Texas defensive tackle Chris Nelson said the players should be taking the heat instead of Strong.

''We can't put this on the coaches; we're the ones on the field playing,'' he said. ''We are very aware of that (pressure). He's a great coach. We are going to play hard regardless.''

Some fans and boosters were disappointed after early losses to Houston and Ohio State knocked the Sooners out of the national title picture, but Oklahoma bounced back and beat No. 21 TCU 52-46 last Saturday and has since returned to the Top 25. That took a little heat off for now, but a loss to Texas, Oklahoma's biggest rival, would get things stirred up again.

Stoops said his players aren't worried about outside noise.

''You think these guys are sitting there watching TV all day, reading everything you guys are reading,'' he said. ''They're in class all day. And then we see them, they're in football. You have no idea how little of that we see or hear.''

Freelancer Mark Rosner in Austin, Texas, contributed to this report.