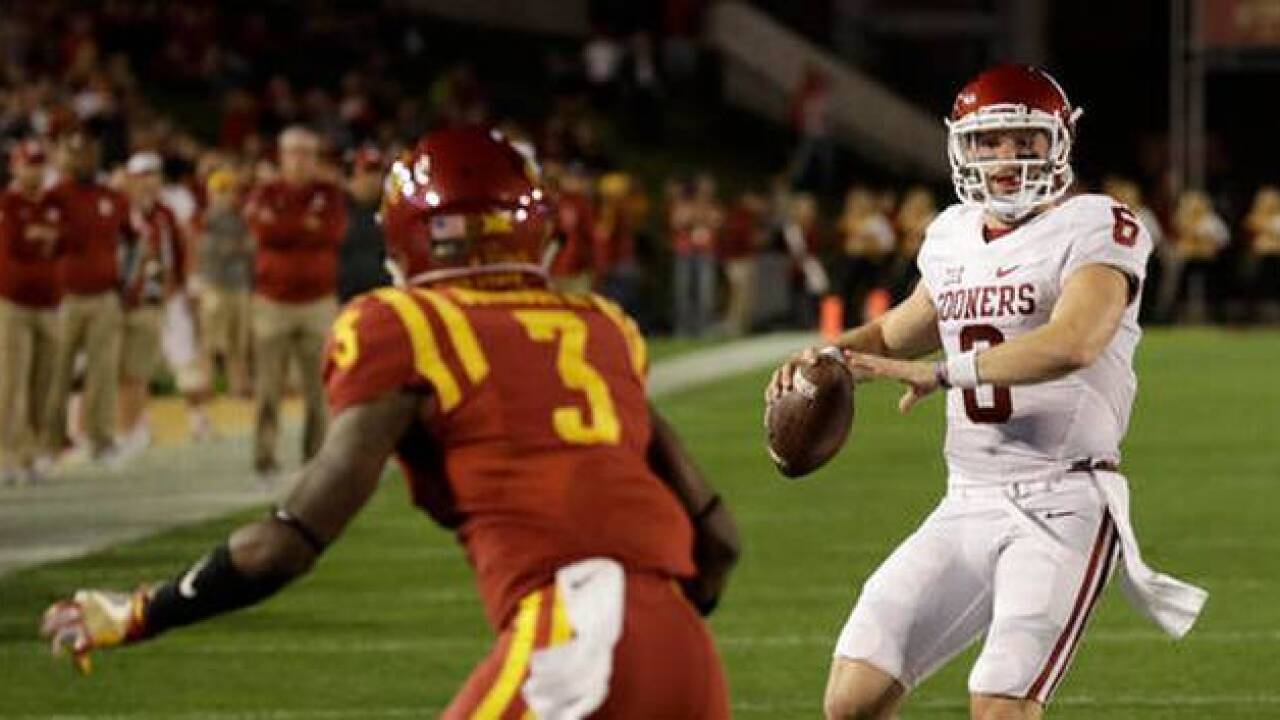 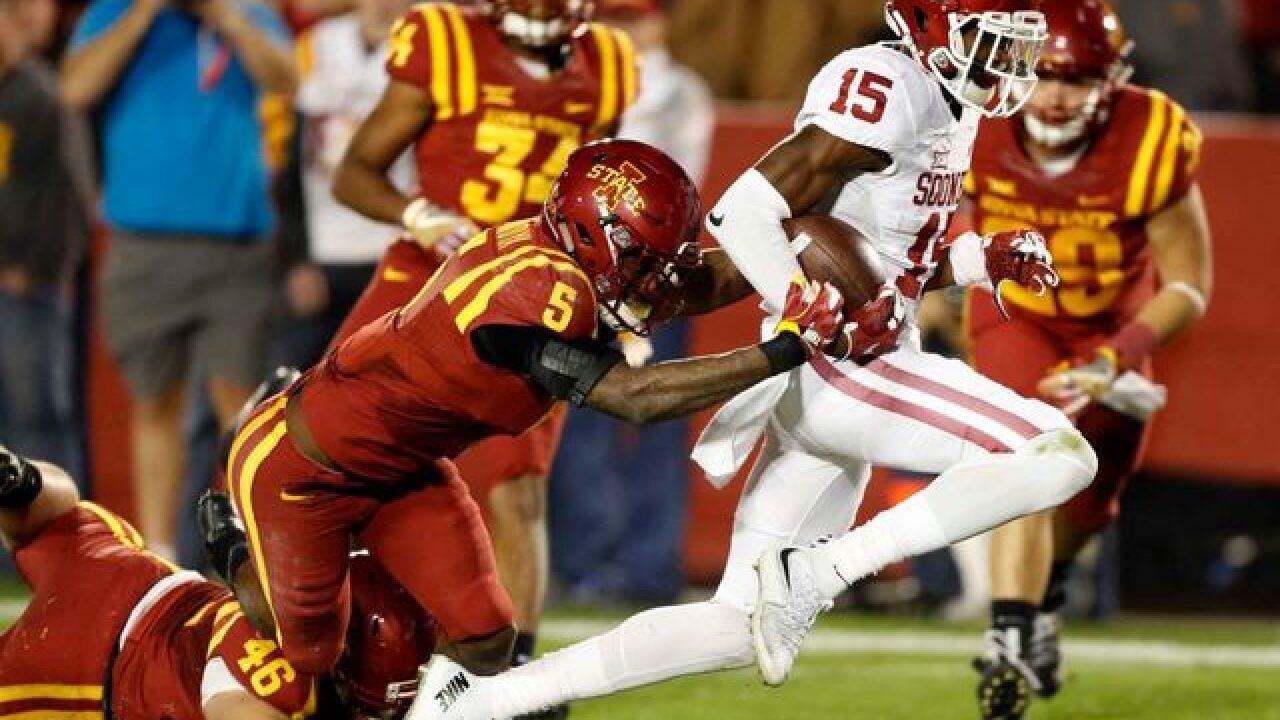 Mayfield threw TD passes to Westbrook and Dimitri Flowers in the final 4:16 of the first half, extending his streak of games with at least four touchdown tosses to an FBS-high four games. Mayfield has 31 scoring passes, good for second nationally, with just six interceptions.

Oklahoma's defense stiffened after some early struggles, allowing just seven points in the second half.

Iowa State played without rushing leader Mike Warren. He sprained an ankle last week in a loss to Kansas State.

Oklahoma: The Sooners maintained their hold atop the Big 12 by avoiding the Thursday night road upset that has derailed more than a few teams in recent years. With Baylor, West Virginia and Oklahoma State up next, Oklahoma is control of its own destiny in the league title race.

Iowa State: The Cyclones once again showed glimpses of promise. But they're not ready to beat a team as talented as the Sooners just yet. Still, Iowa State looked respectable for a program that had dropped its previous 11 games to coach Bob Stoops by an average score of 41-9.

Oklahoma hosts the 13th-ranked Bears in a matchup with serious Big 12 title implications. The Sooners won their first 20 matchups against the Bears, but are 2/3 the past five years.

Iowa State travels to face Kansas in the least appealing matchups in the Big 12 this year. The Jayhawks are 1-7 and have lost their last three games by an average of 40 points.