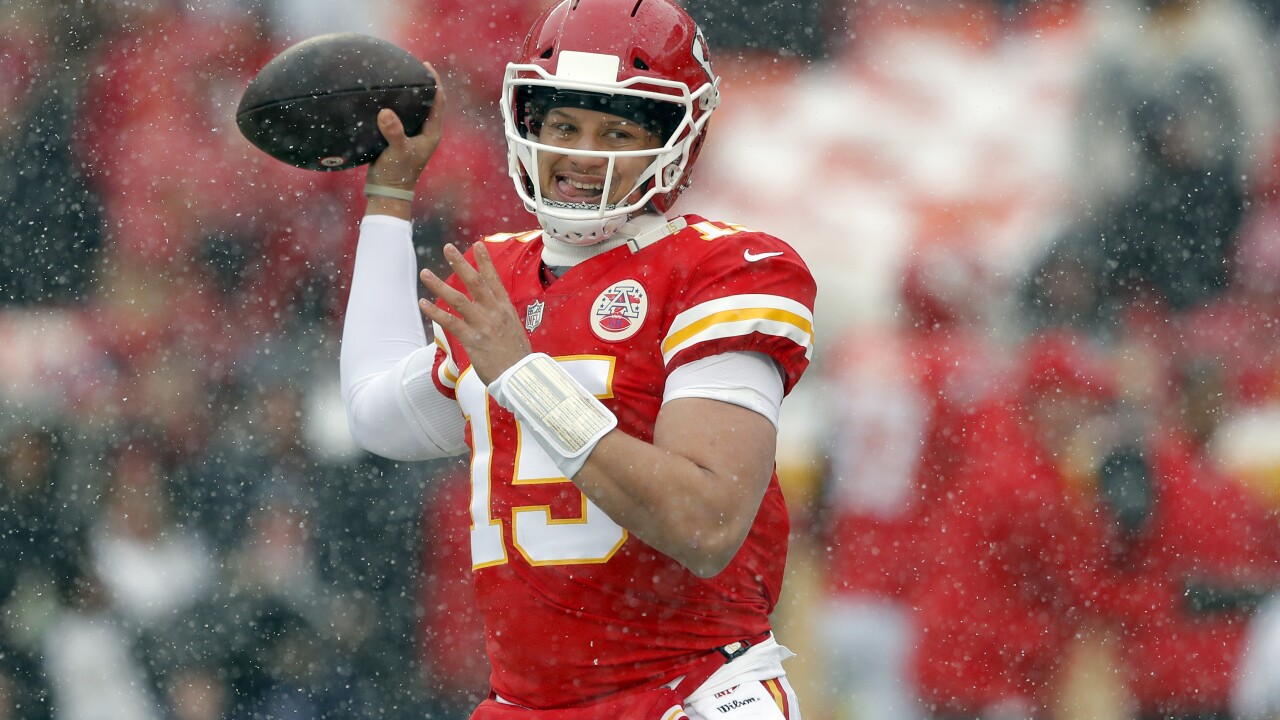 KANSAS CITY, Mo. (AP) -- The Chiefs are missing safety Eric Berry and running back Spencer Ware and the Colts are without safety Malik Hooker for their cold, snowy divisional playoff game at Arrowhead Stadium on Saturday.

Berry missed most of the season with a heel injury, then appeared to be working back into game shape when it recurred. He was inactive for Week 17 and did not participate in practice this week.

Ware has not played in a month because of a hamstring injury.

The Chiefs do have wide receiver Sammy Watkins available for the first time since early November, when he went down with a foot injury. He had been listed as questionable.

Hooker was questionable for Indianapolis with a foot injury. His loss becomes even more impactful after backup safety Mike Mitchell was placed on injured reserve with a calf injury earlier this week.

The Kansas City Chiefs are hoping this is the year they will finally beat the Indianapolis Colts in a playoff game.

The Chiefs are 0-4 against the Colts in the postseason heading into this afternoon's matchup at Arrowhead Stadium.

The Colts are on a roll, having won nine of their last 10 games after a 1-5 start. But the Chiefs boast an offense that has scored 565 points this season behind quarterback Patrick Mahomes, who has thrown 50 touchdown passes.