Broncos running back Melvin Gordon charged with DUI in Denver 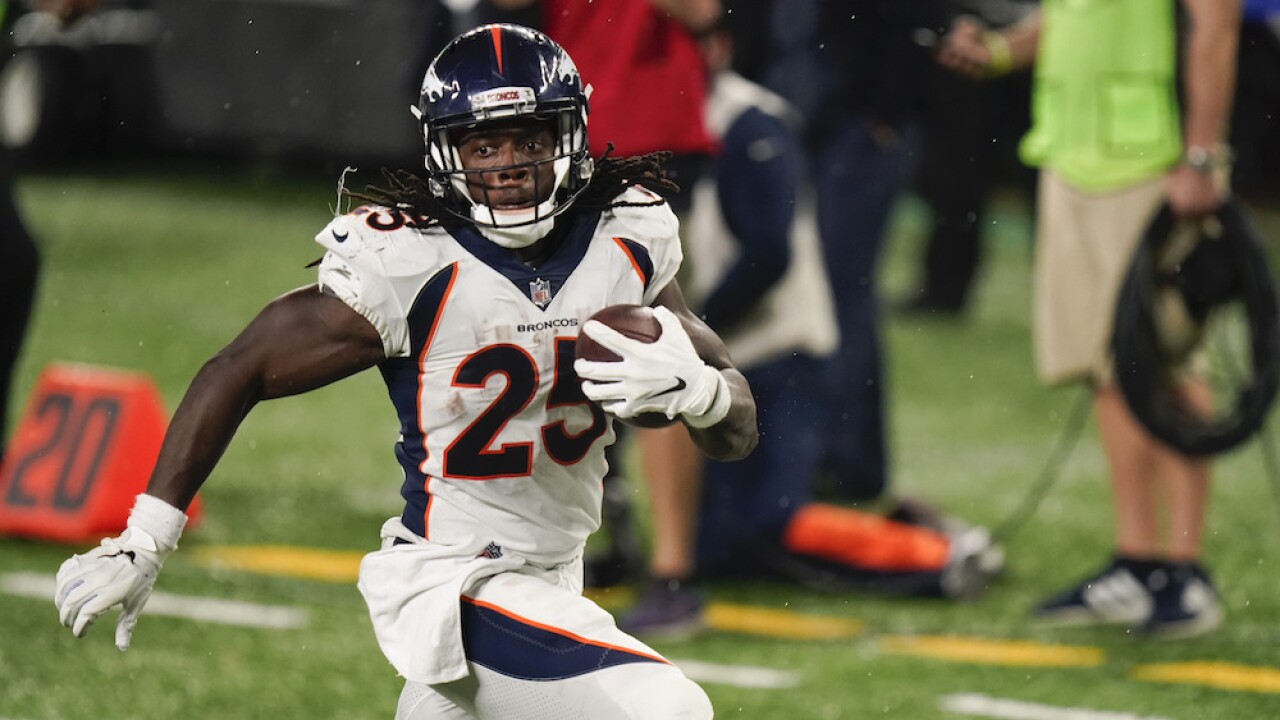 Seth Wenig/AP
Denver Broncos running back Melvin Gordon (25) runs for a touchdown during the second half of an NFL football game Thursday, Oct. 1, 2020, in East Rutherford, N.J. (AP Photo/Seth Wenig)

Denver Broncos starting running back Melvin Gordon was charged with a DUI and speeding of 25-39 mph over the limit Tuesday night in downtown Denver, according to court records.

“We are aware of the situation involving Melvin Gordon. Our organization has been in communication with him and is in the process of gathering more details,” the team said in a statement on Wednesday.

Gordon, 27, was cited at 5th Avenue and Speer Blvd., according to court records. Based on NFL precedent, he is facing a likely 2-to-3 game suspension.

Broncos safety Kareem Jackson was suspended for the final two games of last season for violating the NFL policy and program on substances of abuse stemming from a Sept. 19, 2019 DUI arrest.

Gordon is coming off his best game as a Bronco, eclipsing 100 yards in a victory over the Jets on Oct. 15. He became the full-time starter in Week 2 following Phillip Lindsay’s turf toe injury in the season opener. Both are expected to play this week.

Court records indicate Gordon has an arraignment scheduled for Nov. 13.

The Broncos are scheduled to return to practice Wednesday morning in preparation for Sunday’s road game at New England.

This story was originally published by Troy Renck on KMGH in Denver.