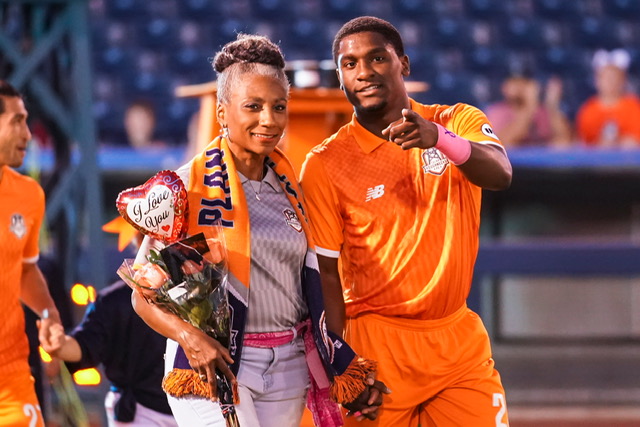 On Monday, Bourgeois signed a multi-year contract with Tulsa's USL Championship team, where he played in 2017 (the then Tulsa Roughnecks). Bourgeois spent two seasons with Nashville SC before coming back to Tulsa. He was a two-time All-Conference First Team player in 2014 and 2015 at the University of Tulsa. Bourgeois was a freshman on TU’s historic C-USA champion 2012 team that advanced to the Sweet 16 of the NCAA Tournament. He then was a starter in 2014 and ’15 when the Hurricanes won back-to-back American Athletic Conference championships, making two more NCAA Tournament appearances.