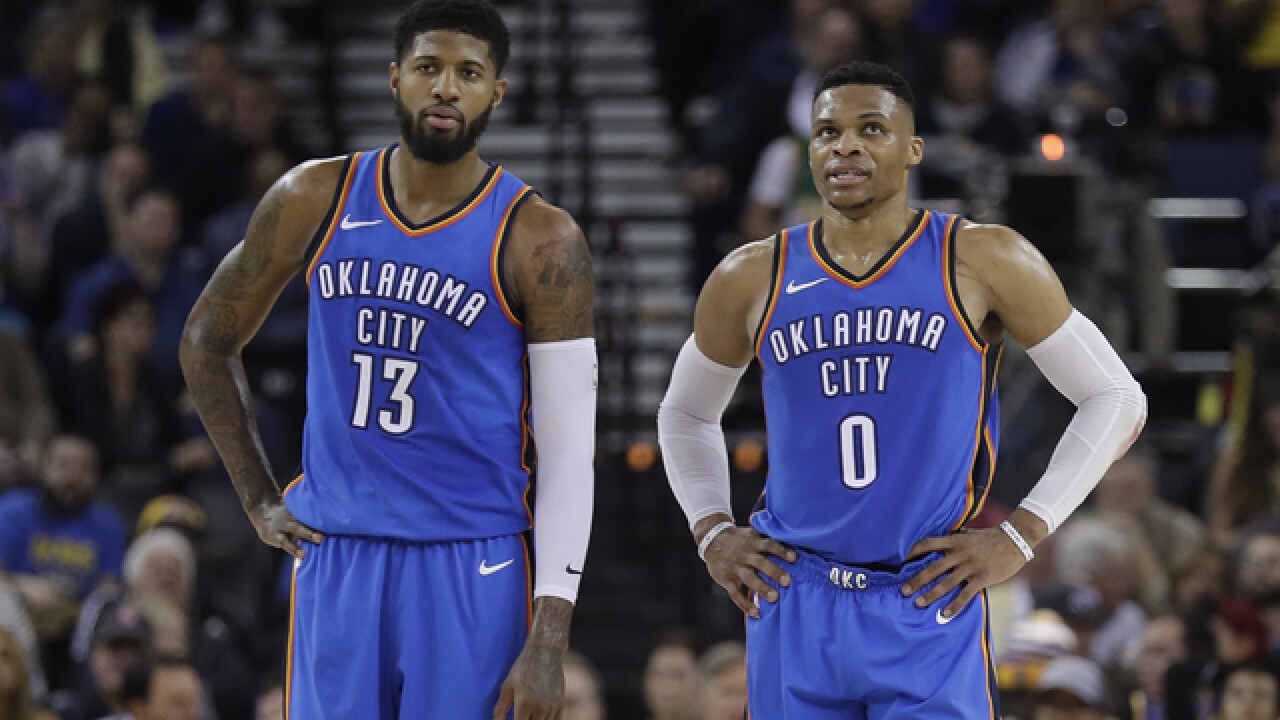 It marked the seventh time Westbrook has been selected to an All-NBA team, and the the fourth time for George.

Oklahoma City was one of three teams to feature multiple All-NBA players. The Thunder were eliminated in the first round of the NBA playoffs by the Utah Jazz.