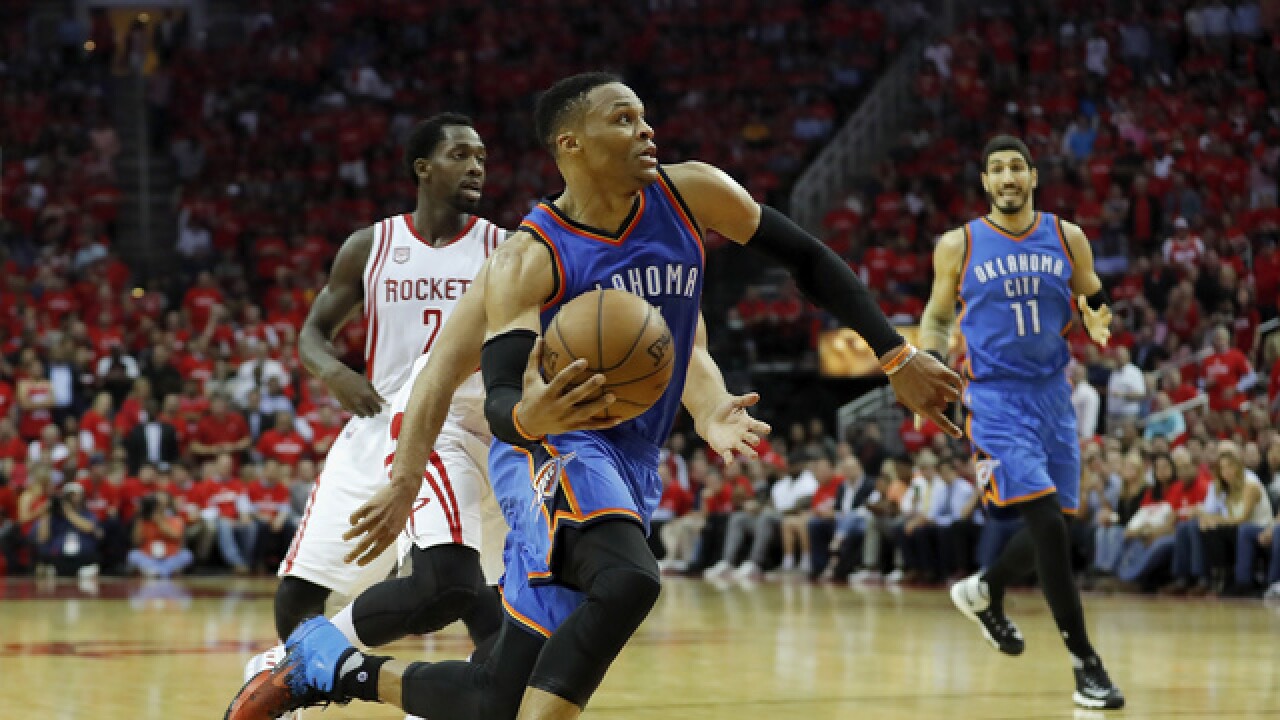 Russell Westbrook will average a triple-double for the second straight season.

The Oklahoma City guard came into Wednesday needing 16 rebounds against Memphis to average 10.0 boards this season -- and got there in the third quarter of the Thunder's game against the Grizzlies.

Westbrook has no issue outdueling teammates for rebounds, and grabbed 16 of the Thunder's first 27 rebounds on Wednesday.

It's only the third time in NBA history that someone has averaged a triple-double. Westbrook did it last year, and Oscar Robertson did it in 1961-62.