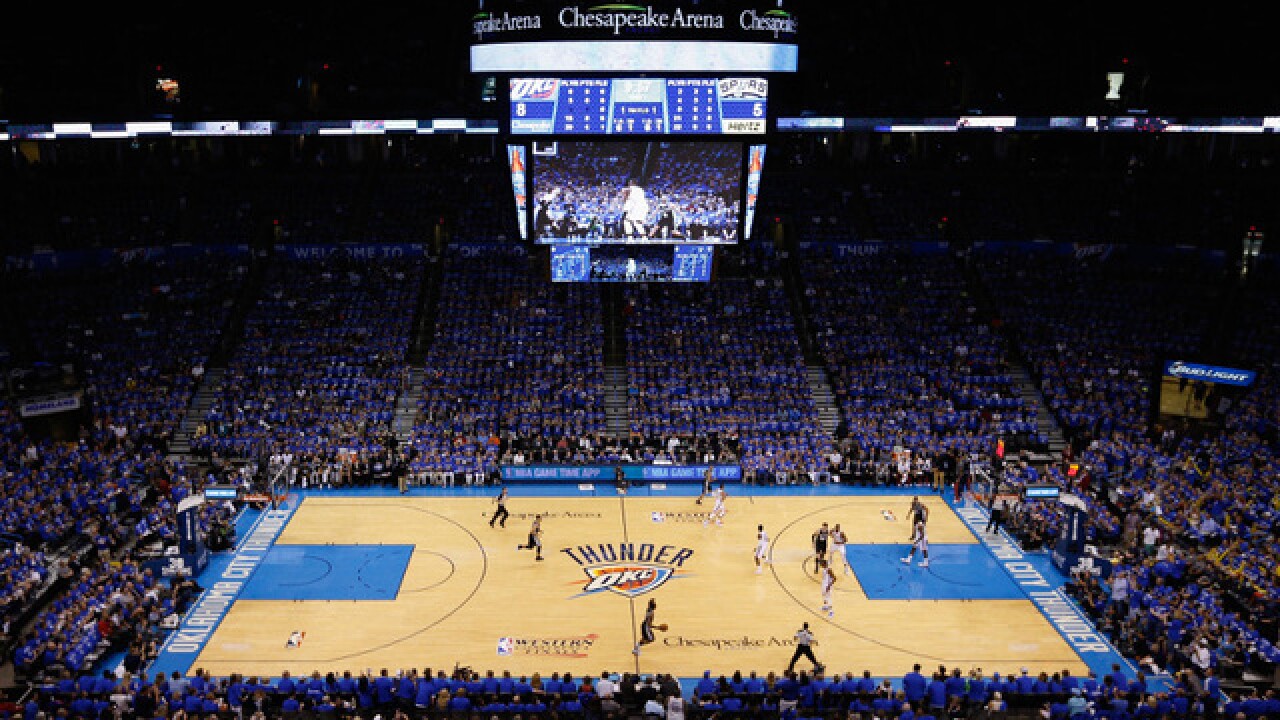 <p>A general view of action as the San Antonio Spurs play the Oklahoma City Thunder during Game Three of the Western Conference Finals of the 2014 NBA Playoffs at Chesapeake Energy Arena on May 25, 2014 in Oklahoma City, Oklahoma.</p>

Mark Bartelstein, the agent for Gibson and McDermott, confirmed the deal in an email to The Associated Press on Thursday. He said the Thunder sent Cameron Payne, Joffrey Lauvergne and Anthony Morrow to Chicago. The Bulls also will send a 2018 second-round pick to the Thunder.

Gibson adds the athleticism and experience to the front line that the Thunder lost when they traded Serge Ibaka in last year's draft. McDermott improves the Thunder's shaky outside shooting.

Payne was a promising backup to Westbrook but had missed much of the season with a foot injury. Morrow, primarily a 3-point shooter, lost playing time to rookie Alex Abrines this season.