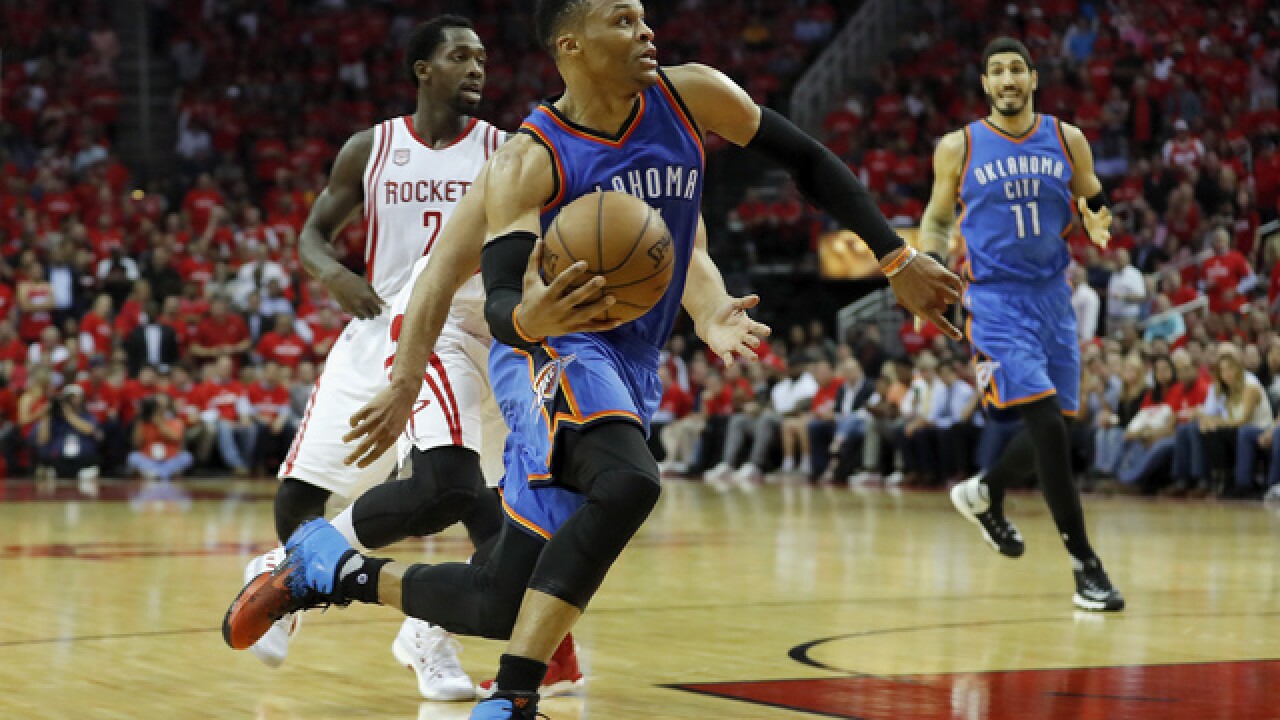 OKLAHOMA CITY -- Oklahoma City Thunder guard Russell Westbrook has agreed to a five-year, $205 million extension with the team, according to an ESPN report.

Westbrook is now under contract with the team for six years, and for a total of $233 million, which makes it the largest contract in NBA history.

The Thunder star released the following statement about the contract:

“I’ve said it before, and I’ll say it again, there is no place I would rather be than Oklahoma City,” said Westbrook. “I am so honored to have the opportunity to continue my career here with the Thunder. From day one the support that Mr. Bennett, Sam, Troy and the entire organization have given me and my family has been incredible, and we are so grateful. When you play in Oklahoma City you play in front of the best fans in the world, I’m looking forward to bringing everything I’ve got, for them, this city and for this organization. WHY NOT?”

Westbrook also posted a celebratory photo on Instagram after the deal was announced.

"We recognize and deeply appreciate Russell’s rare and unique abilities as he leads the Oklahoma City Thunder, but also understand his presence and impact on our community will be felt for decades to come. On behalf of the entire Thunder organization, our ownership group and all of Oklahoma, I want to express my deepest appreciation to Russell and I know that the very best days for the Thunder are yet to come.”

Westbrook, the reigning NBA MVP, signed the extension after the Thunder acquired All-Stars Paul George and Carmelo Anthony during the offseason, wihch established the team as a contender in the NBA's Western Conference.

Westbrook has been with the Thunder organization since being drafted in 2008.