Another baseball fan was injured by a sharply-hit foul ball on Sunday, this time at Dodger Stadium

At least the fourth injury since May 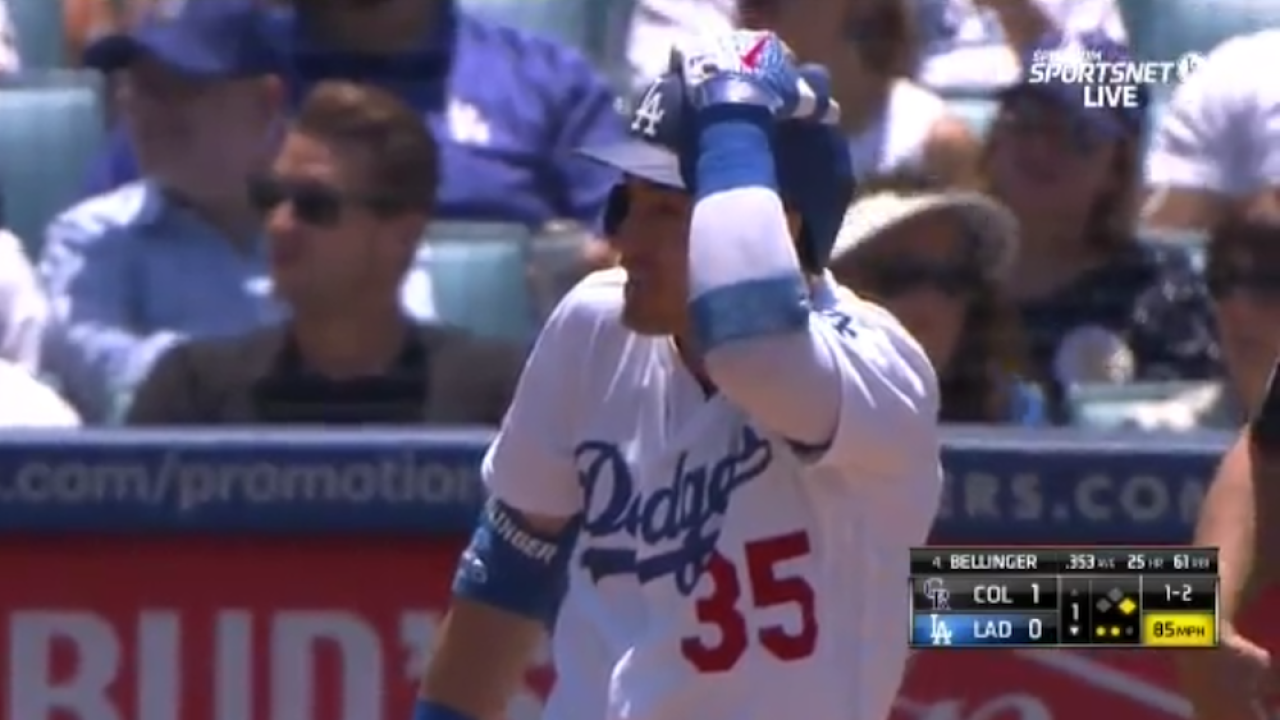 Another scary scene unfolded at an MLB park on Sunday.

A fan at Dodger Stadium was struck in the head by a foul ball off the bat of the Dodgers' Cody Bellinger in the first inning of Los Angeles' game against the Colorado Rockies.

The woman, who was sitting just beyond the protective netting that extends to the end of the dugouts, initially stayed in her seat and was given an ice pack. She later was taken to a hospital for precautionary tests, according to the Los Angeles Times .

"I saw it literally hit her face,'' Bellinger said. "It was tough."

Bellinger -- who was visibly upset during the at-bat -- said he went to check on her between innings.

"I went over the next half-inning just to make sure," he said. "She said she was alright and gave me a thumbs-up. Obviously, it was a scary situation."

Last month, a sharply hit foul ball struck a girl during the Houston Astros' game against the Chicago Cubs, prompting calls for increased safety measures at ballparks. The girl was hospitalized; her family earlier this month requested privacy.

The same day the girl was hit in Houston, a fan was struck by a foul ball at Dodger Stadium along the first-base line in a game against the New York Mets. TV footage showed the fan, a man, dabbing a red spot on his head with a napkin, remaining in his seat as he talked to people near him.

On June 10, when the White Sox were hosting the Washington Nationals, a female fan was struck by a foul ball during an at-bat by Chicago outfielder Eloy Jimenez in the bottom of the fourth inning. The White Sox said the fan was conscious and coherent when transported from the ballpark to a hospital, where she was later released.

Last year, Major League Baseball announced that all 30 ballparks were extending protective netting to at least the far ends of both dugouts -- that is, the ends farthest from home plate -- intending to enhance fans' safety. Some franchises go beyond those dimensions.

Recently, the White Sox and Nationals announced they will be extending the netting down to the foul poles.