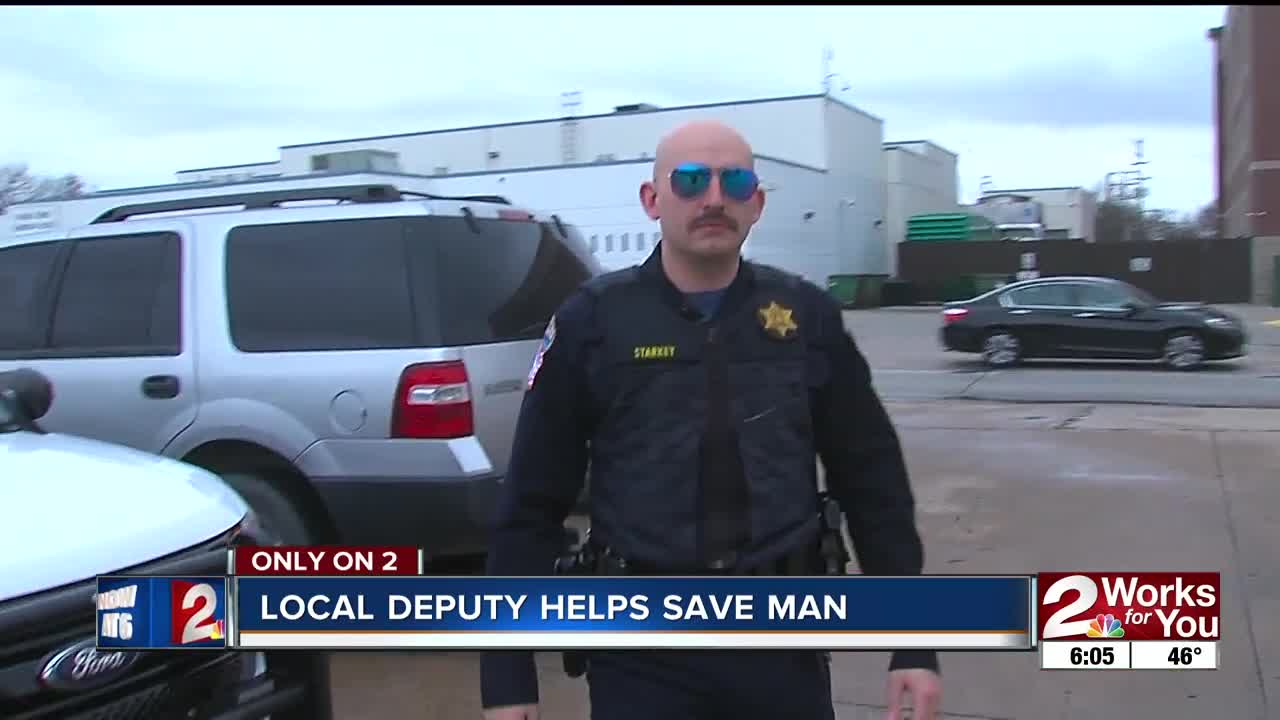 CLAREMORE, Okla. — An act of compassion made by a Rogers County Sheriff’s deputy during a traffic stop potentially saved a man’s life.

Protect and Serve. It’s an oath Deputy Zachary Starkey holds to the highest regard.

“It’s different every day,” Starkey said. “We are always here trying to help somebody.”

Starkey’s daily routine is to patrol the streets, keeping the public safe while also working a department grant that enforces seat belt safety.

It was near the end of a long shift and Deputy Starkey was finishing his patrol when he saw a driver without his seat belt.

“It was your normal routine stop,” Starkey said. “I advised him he needed to wear a seat belt and I’d be right back with him.”

When the deputy returned to give the man a warning, the reaction wasn’t what he expected. The driver was in tears.

“That’s not typical behavior of somebody that just got a warning, so after a little bit of investigation he told me that he doesn’t have a whole lot going for him and not a whole lot of people care,” Starkey said.

The driver told the deputy he was on his way to harm himself.

“I told him we’ll get you some help, and I told him I cared,” Starkey said.

The deputy then offered a struggling citizen his kindness. He was able to get the man in touch with his family and some professional help.

“Somebody has got to make a difference,” Starkey said. “You see so much bad all the time, so just to shine a little bit of light on some good every now and then brightens your day.”

This member of law enforcement is now recognized for his compassion and ability to give a man going through a tough time a second chance.

“I’d like to know where he is now and catch up with him and see that he got his help,” Starkey said. “There’s always somebody that needs help, you just never know who it could be.”

This member of law enforcement is now recognized for his compassion and ability to give a man going through a tough time a second chance.

If you’re going through a hard time and contemplating suicide, please reach out to the National Suicide Prevention Lifeline at 1-800-273-TALK (8255).