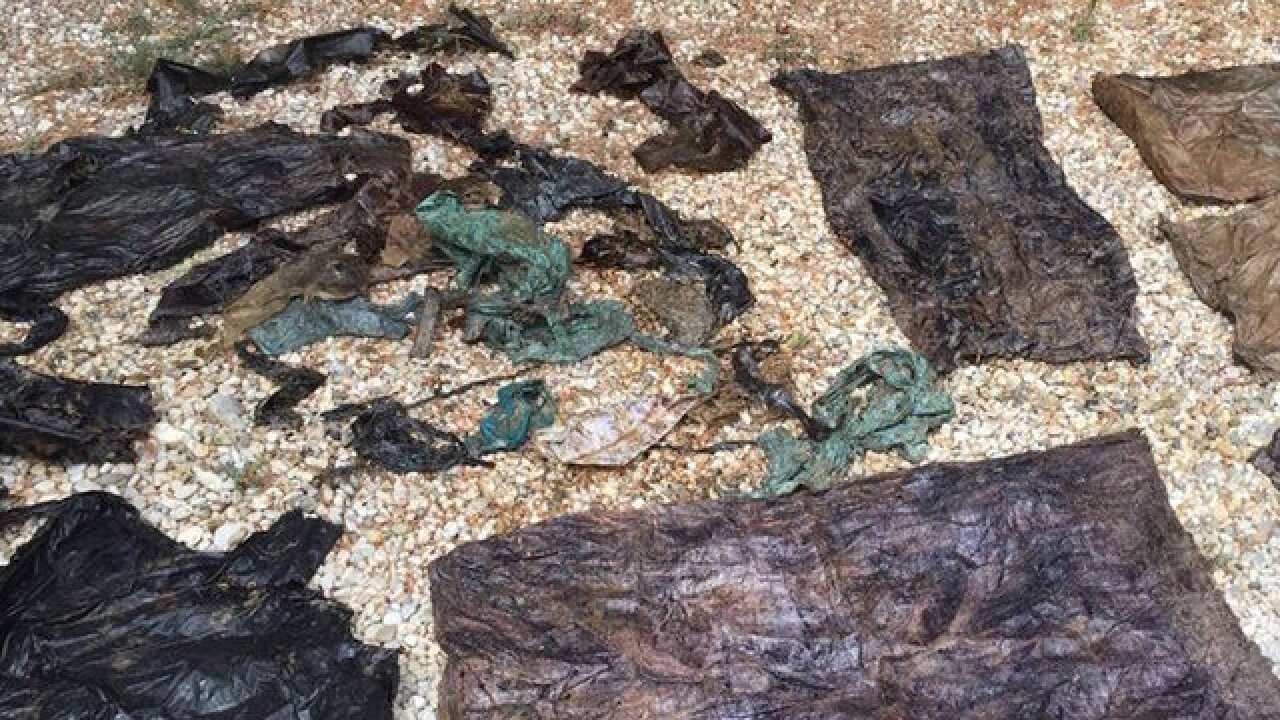 Copyright 2018 Scripps Media, Inc. All rights reserved. This material may not be published, broadcast, rewritten, or redistributed.
SEE CAPTION FOR FULL CREDIT
When a young sperm whale washed up on a beach in southern Spain, scientists wanted to know what killed it. They now know: waste -- 64 pounds of it. Most of it plastic, but also ropes, pieces of net and other debris lodged in its stomach. Credit: Department of Tourism, Culture and Environment of Murcia, Spain 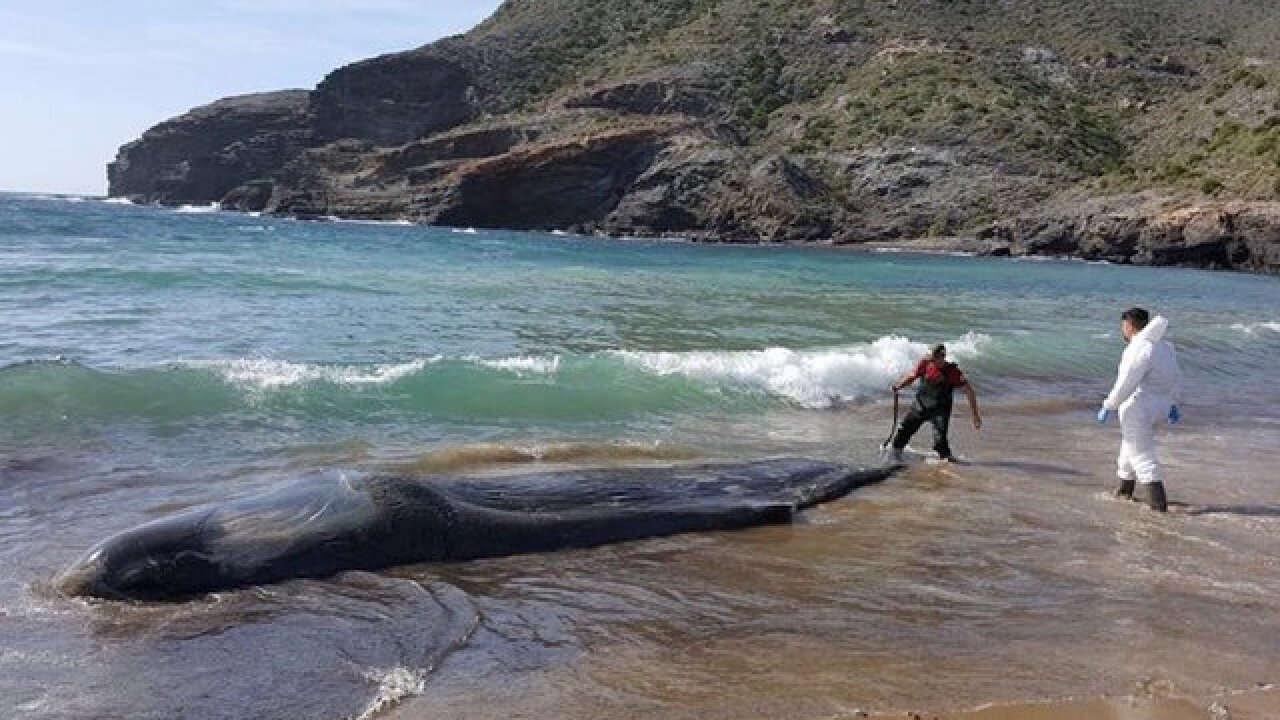 When a young sperm whale washed up on a beach in southern Spain, scientists wanted to know what killed it. They now know: waste -- 64 pounds of it. Most of it plastic, but also ropes, pieces of net and other debris lodged in its stomach.

The discovery has prompted authorities in Murcia, Spain, to launch a campaign to clean up its beaches.

"The presence of plastic in the ocean and oceans is one of the greatest threats to the conservation of wildlife throughout the world, as many animals are trapped in the trash or ingest large quantities of plastics that end up causing their death," Murcia's general director of environment, Consuelo Rosauro said in a statement.

A sperm whale's diet is usually comprised of giant squid. But the 33-foot long mammal that washed up on the beach of Cabo de Palos on February 27 was unusually thin.

The necropsy results, released last week, listed just some of the items scientists found stuck in its stomach and intestines: plastic bags, pieces of net, a plastic water container.

Officials said the whale died of an abdominal infection, called peritonitis: It just couldn't digest the waste it had swallowed, causing its digestive system to rupture .

This, say officials, is a concern not only because sperm whales are endangered, but also because it's another grim reminder of just how much plastic waste is being dumped into the ocean.

Around 150 million tons of plastic are already floating in our oceans -- with an additional eight million tons entering the water each year, according to the World Economic Forum .

A report, released last month , found 70% of marine litter is non-degradable plastic. And that figure is expected to triple within a decade.

Plastic has been found to choke marine wildlife, and has also entered the ocean food chain -- exposing marine life to toxic chemicals that can end up in the food on our plates.

Murcia's new campaign will include 11 events to clean the beaches. Jaime Escribano, spokesman for Murcia's environmental department, said the region will use both regional funds and assistance from the EU for the campaign.