Strong earthquake strikes off the coast of Indonesia 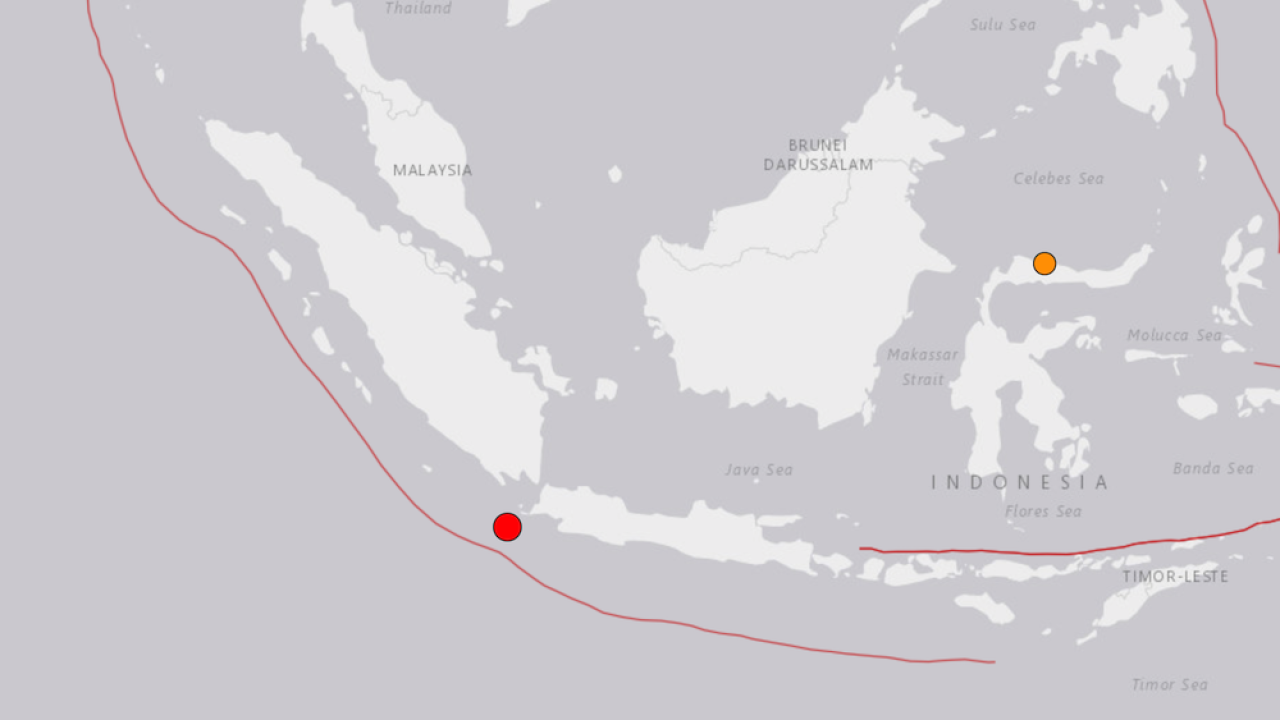 A strong earthquake has struck the west coast of Indonesia Friday, according to the United States Geological Survey.

The USGS said the 6.9-magnitude earthquake struck just after 8 a.m. ET. It said the epicenter was in the Sunda Strait, 65 miles from the city of Tugu Hilir in the province of Banten, on the island of Java.

The shaking was felt in Indonesia's capital city of Jakarta, 240 miles from the epicenter, prompting people to run out of their homes. The earthquake lasted around 40 seconds.

The agency lifted the alert just after 10 a.m. ET after there was no change in the sea water level.

The quake also caused some blackouts, plunging some of the affected areas into darkness.

The Indonesian National Board for Disaster said it was working with local authorities to evacuate people living on the coastline. The board told people in the affected areas to evacuate to higher places.

According to USGS data and the Indonesia Tsunami Early Warning System, there was no tsunami threat to other countries along the Indian Ocean.