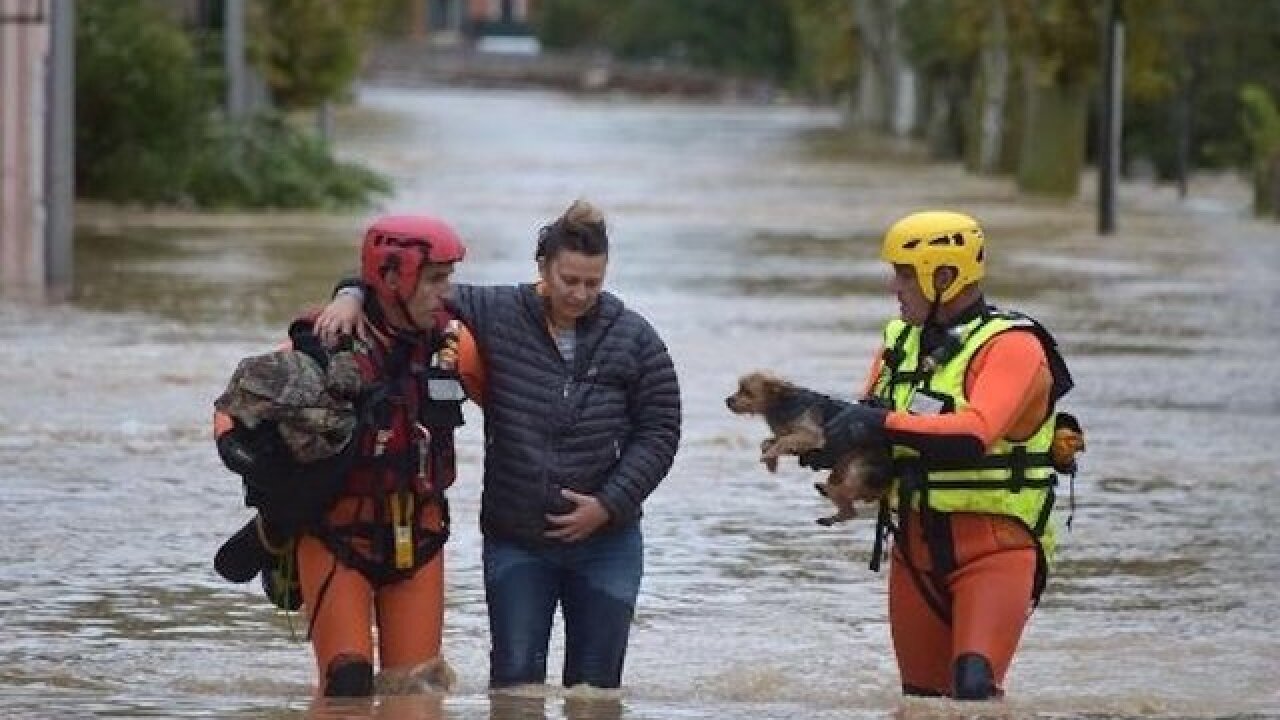 Roads were cut off and cars overturned after three months' worth of rain fell in six hours overnight Sunday into Monday, causing rivers to flood.

An 88-year-old nun was killed after water swept through a nunnery in Villardonnel, while four people died overnight in nearby Villegailhenc.

The death toll was lowered by the Ministry of the Interior, after initially being placed at 13. Another person is missing and five are seriously injured, officials said.

Seven hundred firemen and seven helicopters have been mobilized in response to the flooding, which has reached unprecedented levels in the Aude valley, according to France's flooding watchdog, Vigicrues.

The commune of Pezens has been evacuated and all schools in the department were closed Monday. Local residents have been told to remain indoors. The Central Hospital of Carcassonne had to switch to its emergency generator after flooding hit its electrical system, Alain Guimant, the hospital's communications director, told CNN.

"The water is receding now but access to the hospital is partly blocked because there is a lot of water on the road. We are telling patients due to come in to stay at home and those already in hospital to stay put," he said.

In Villegailhenc, where at least one small bridge has collapsed, local resident Hélène Ségura told AFP: "There's water everywhere in the house. Everything is flooded. When I look out the window, I can only see water and mud everywhere. It's sad when you're 70 years old like me and you need to redo your house, change the furniture and all the upholstery."

The commune's mayor, Michel Proust, told CNN affiliate BFMTV: "People were given shelter by neighbors, by friends...We have set up an emergency unit at the local authority level -- but the advantage a little village has over big cities is that solidarity exists and everyone knows each other."

Rescue operations are also underway in several other departments. The river in the commune of Conques in Aveyron swelled by six meters, making it difficult for emergency services to reach the area.