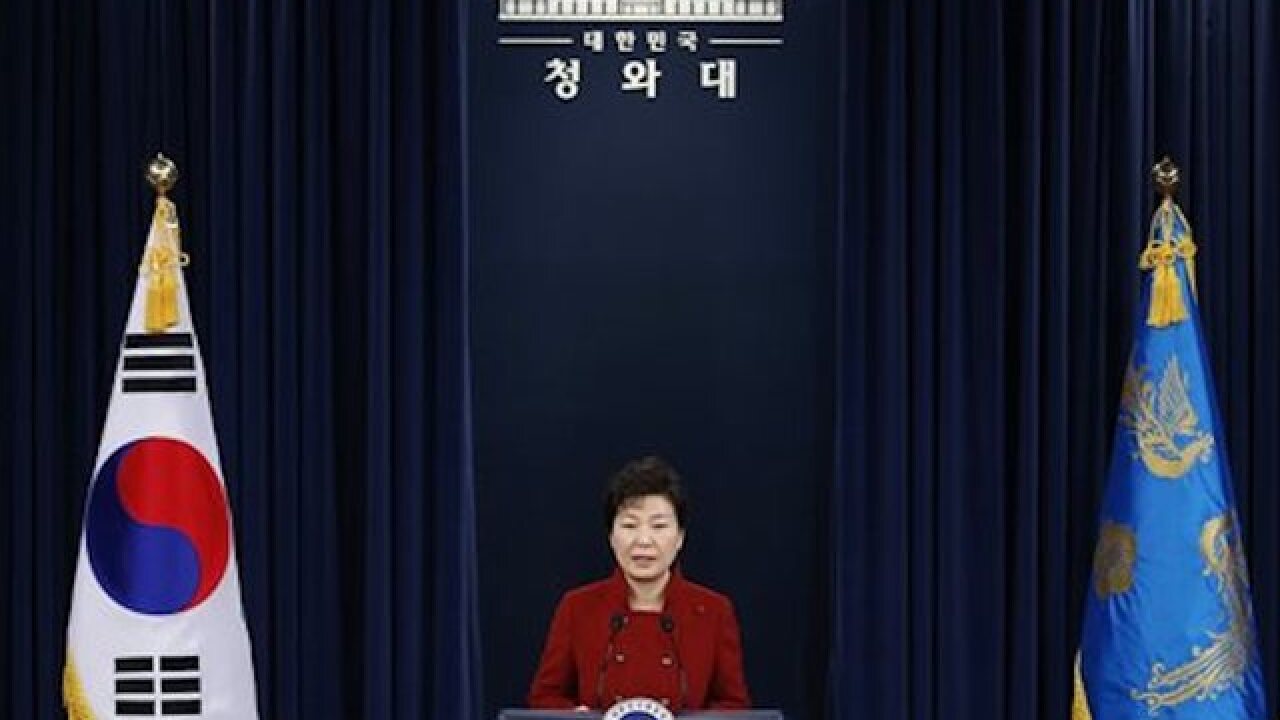 The North Korean drone was flying dozens of meters (yards) south of the border and turned back to the North after the South fired shots, South Korean defense and military officials said, requesting anonymity because of office rules. The shots did not hit the drone.

North Korean drone flights across the world's most heavily armed border are rare, but have happened before.

In 2014, Seoul officials discovered what they called several North Korean drones that had flown across the border. Those drones were crude and decidedly low-tech, but were still considered a potential new security threat.

Animosity has been high since the North's claim on Jan. 6 that it had tested a hydrogen bomb. There is widespread skepticism over the H-bomb claim, but whatever the North detonated underground will likely push the country closer toward a fully functional nuclear arsenal, which it still is not thought to have. The North previously conducted atomic bomb tests in 2006, 2009 and 2013.

Since Friday, South Korea has been blasting anti-Pyongyang propaganda and K-pop songs from huge speakers along the border. The North, which calls the broadcasts an act of war meant to threaten its system of government, is using speakers of its own in an attempt to keep its soldiers from hearing the South Korean messages.

Seoul said Wednesday that North Korea had also flown balloons with thousands of leaflets across the border, some of them describing South Korean President Park Geun-hye and her government as "mad dogs."

North Korea's propaganda machine is using the nuclear test to glorify Kim's leadership and describing it as a necessary step to fight against what it calls a U.S.-led attempt to overthrow the North's system.

Pyongyang's state TV on Wednesday aired photos showing a smiling Kim awarding commendations to scientists and other workers involved in the test and shaking hands with them at a Workers' Party building. Kim called the scientists and workers "nuclear combatants" and "the heroes of heroes" who evoked fears to the U.S. and its allies, according to the state news agency.

Park on Wednesday urged North Korea's only major ally, China, to help punish Pyongyang for its nuclear test with what she called "the strongest" possible international sanctions that can force change in the North.

Diplomats at a U.N. Security Council emergency session last week pledged to swiftly pursue new sanctions. For current sanctions and any new penalties to work, better cooperation and stronger implementation from China, the North's diplomatic and economic protector and a veto-wielding permanent member of the Security Council, are seen as key.

"Holding the hands of someone in a difficult situation is the mark of the best partner," Park said at a news conference, referring to China and South Korea's need to punish the North. "I trust that China, as a permanent member of the Security Council, will play a necessary role."

Beijing has recently shown signs that it is losing patience with North Korea over its repeated provocations. But China is still seen as reluctant to clamp down on the North in part because of fears that a toppled government in Pyongyang would see millions of desperate North Koreans flooding across the border with China and a U.S.-backed South Korean government in control of the Korean Peninsula.

Responding to the North's test, U.S. Secretary of State John Kerry has urged China to end "business as usual" with North Korea. But in a telephone conversation with his South Korean counterpart last Friday, Chinese Foreign Minister Wang Yi made it clear that Beijing supports dialogue to resolve the nuclear standoff. His reported remarks sparked speculation in Seoul that China has no intention of joining in any harsh punishment against the North.

Top nuclear envoys from South Korea, the U.S. and Japan met in Seoul later Wednesday to discuss sanctions against the North. On Thursday, South Korea's nuclear envoy is to fly to Beijing for talks with his Chinese counterpart, according to Seoul's Foreign Ministry.

Park said Wednesday that South Korea will continue its loudspeaker campaign, calling it "the surest and most effective psychological warfare tool."

She said past broadcasts helped frontline North Korean soldiers learn the truth about Pyongyang's authoritarian rule and defect to South Korea. "The most powerful threat to totalitarianism is the power of truth," she said.

The North Koreans leaflets found earlier Wednesday included such messages as "Let's knock down the Park Geun-hye group like we do mad dogs," and "The U.S. must immediately stop its anachronistic hostile policy on North Korea."

Similar North Korean propaganda leaflets were discovered on a South Korean border island between late 2013 and early 2014. Still, such leafleting by the North is rare, though South Korean activists occasionally send anti-Pyongyang leaflets in balloons across the border.