Roger, the beefcake kangaroo who became an internet sensation, dies at the age of 12 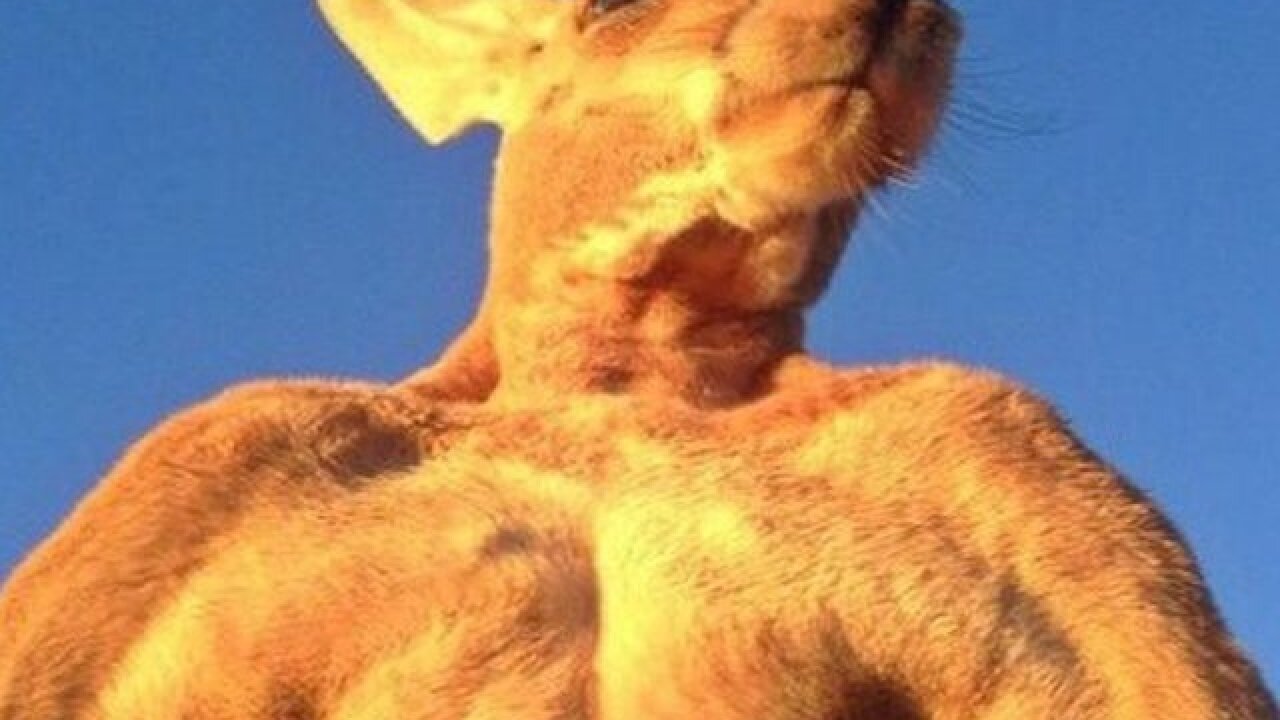 © 2018 Cable News Network, Inc.
The Kangaroo Sanctuary
<p>Roger, the 6 foot 7 inch, nearly 200 pound burly kangaroo whose buff physique shot him to internet fame has died at the age of 12.</p>

A burly kangaroo whose buff physique shot him to internet fame has died at the age of 12.

"We have lost our beautiful boy, Roger," Chris Barnes, owner of the Kangaroo Sanctuary in Australia, announced on Saturday on Facebook.

Roger, who was 6 foot 7 inches and weighed nearly 200 pounds in his prime, was rescued by Barnes as a joey after his mother was killed on a highway.

In a video tribute to the marsupial, Barnes said he was inspired to set up the 188-acre sanctuary in Alice Springs to house the famous kangaroo and his growing harem of wives.

"I built it so they had a place to live," he said. Roger was the sanctuary's alpha male for many years, Barnes added. "He grew up to be a kangaroo that people from all over the world have grown to love as much as we love him too."

Roger's death led to an outpouring of grief on social media. Australian singer Natalie Imbruglia called him "such a proud strong boy" in an Instagram post, while the Australian government's tourism agency described him as a "true icon."

The beefcake kangaroo became an internet sensation in 2015, when a picture of him crushing a metal bucket with his bare paws went viral on social media.

"As a man kangaroo if you want to have a wife you are going to have to fight for her," Barnes told CNN at the time. "Now you try and get your opponent in a big bear hug basically and wrestle them, and Roger did that to the bucket."

Despite his bulging biceps, the kangaroo could not defeat the aging process, suffering from a loss of vision and arthritis in later life.

But Barnes assured fans in a 2016 video that Roger was loving retirement. "[Roger is] taking it easy, not chasing anyone anymore, not mating the girls," Barnes said as he filmed the kangaroo lying on his back. "(He's) just enjoying his time lying around like this."