Putin: We know who the Novichok poisoning suspects are, and they're not criminals 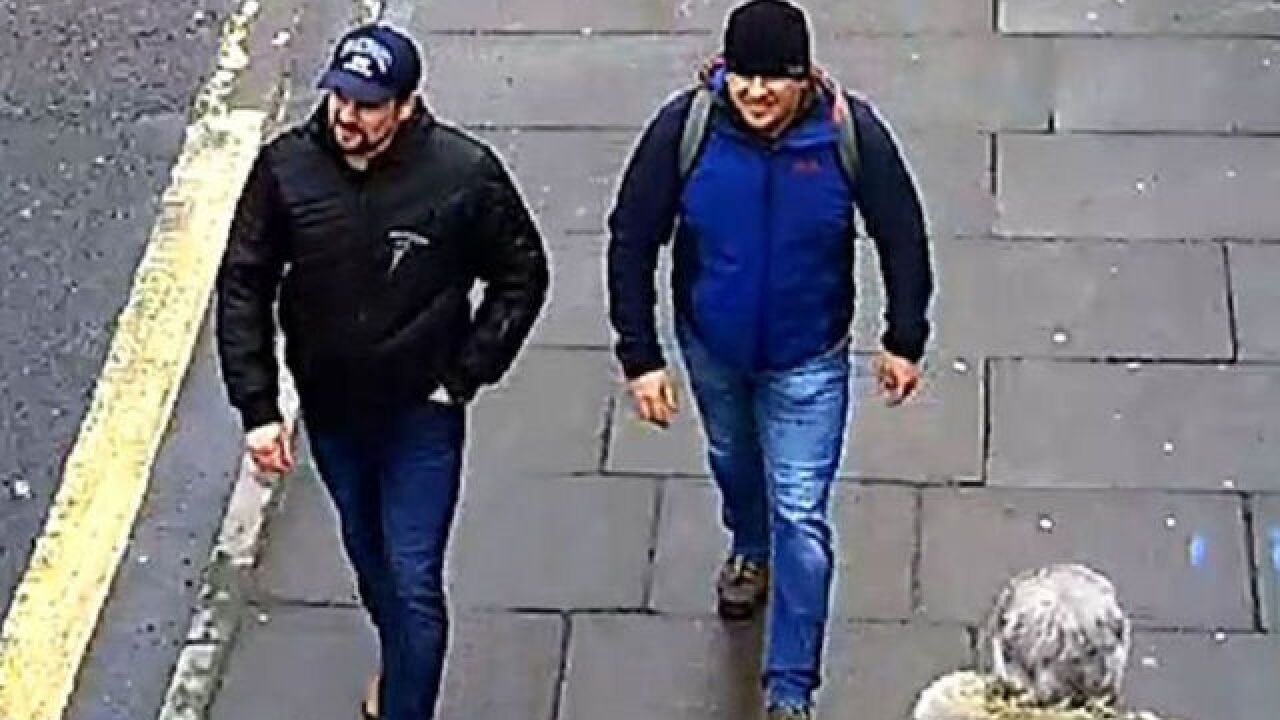 Image copyright 2018 Getty Images. All rights reserved. This material may not be published, broadcast, rewritten, or redistributed.
Handout
<p>In this handout photo issued by the Metropolitan Police, Salisbury Novichok poisoning suspects Alexander Petrov and Ruslan Boshirov are shown on CCTV on Fisherton Road, Salisbury at 13:05hrs on 04 March 2018, released on September 05, 2018 in London, England. Two Russian nationals using the names Alexander Petrov and Ruslan Boshirov have been named as suspects in the attempted murder of former Russian spy Sergei Skripal and his daughter Yulia March, 2018. </p>

Putin said Russia had identified the pair -- named by the UK's Crown Prosecution Service as Alexander Petrov and Ruslan Boshirov -- and found no evidence of criminal activities.

"We, of course, looked at what kind of people they are, and we know who they are, we found them," Putin told an audience at the Eastern Economic Forum in the eastern Russian city of Vladivostok. "There is nothing unusual or criminal there, I assure you."

Putin appeared to suggest they should tell their story publicly. "Let them come out somewhere, to you in the media," he said, describing the men as "civilians."

Skripal and his daughter, Yulia, were found slumped on a park bench in the southern city of Salisbury on March 4.

According to British officials who have been combing CCTV footage in subsequent months, the two Russian nationals were captured arriving at London Gatwick Airport on March 2 before being spotted in Salisbury on March 3 and 4.

Just before midday on March 4, UK police say the suspects were spotted on CCTV in the vicinity of Skripal's home. They believe the men went on to spread the Novichok nerve agent on the Skripals' door handle, although this moment was not captured on CCTV.

Final images show the men leaving from London Heathrow Airport on what is believed to have been a commercial flight in the wake of the attack in the evening of March 4. British officials say they believe their names to be aliases.

The Skripals spent weeks in hospital. A police officer who found them was also hospitalized. All three have now been discharged.

Dawn Sturgess -- who along with her partner Charlie Rowley from Amesbury, near Salisbury was exposed to the military-grade nerve agent later -- died on July 8. Authorities have said they do not believe the couple were deliberately targeted but were exposed after touching a contaminated item left behind by the perpetrators of the attack on the Skripals.

UK Prime Minister Theresa May has said the UK believes the two suspects are officers of the Russian military intelligence service, the GRU.

"The GRU is a highly disciplined organization with a well-established chain of command, so this was not a rogue operation, it was almost certainly also approved outside the GRU at a senior level of the Russian state," she said in a statement to the House of Commons last week.

The UK has said that it has sufficient evidence to charge the men but will not seek extradition of the suspects and instead will apply for a European arrest warrant.