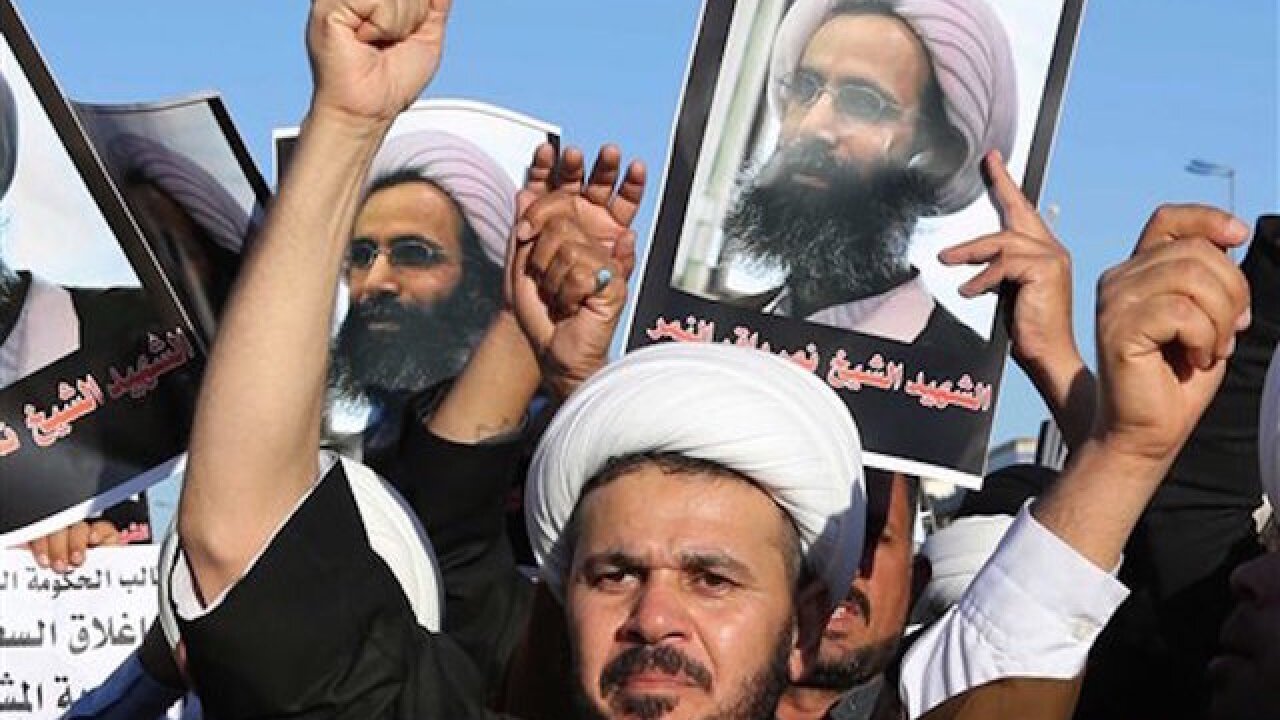 Karim Kadim
<p>Iraqi Shiite protesters chant slogans against the Saudi government as they hold posters showing Sheikh Nimr al-Nimr, who was executed in Saudi Arabia last week, during a demonstration in Najaf, 100 miles (160 kilometers) south of Baghdad, Iraq, Monday, Jan. 4, 2016. Demonstrations against the al-Nimr execution and Saudi Arabia are also being called for in the predominantly Shiite southern cities on Monday. (AP Photo/Karim Kadim)</p>

The attack struck the Imam Reza Mosque in the neighborhood of Mehasin, an area popular with Shiite workers of the state-run Saudi Arabian Oil Co., the world's largest oil-producing firm.

One attacker detonated his explosives, while the other opened fire, the Interior Ministry said in a statement carried by the state-run Saudi Press Agency. The other attacker was stopped from blowing himself up, it said.

The Interior Ministry said the attack killed two. Security officials, who spoke to The Associated Press on condition of anonymity because they weren't authorized to discuss the attack before the announcement, said three were killed. The discrepancy could not be immediately reconciled.

In the attack's chaotic aftermath, Saudi police fired assault rifles into the air to drive away an angry mob that surrounded a police car holding a suspected attacker, according to video shot from the scene.

Shiites in Saudi Arabia make up some 10 to 15 percent of the ultra-conservative, Sunni-ruled kingdom's population. The minority group, many of whom live in the country's oil-producing east, previously have been targeted in attacks by the Islamic State group, which views Shiites as heretics. No group immediately claimed Friday's attack.

Earlier this month, Saudi officials executed prominent Shiite cleric Nimr al-Nimr, who comes from the east of the country, raising tensions in the area. The cleric's brother, Mohammed al-Nimr, was a witness of the attack and told the AP he believed the death toll from the attack likely was higher.