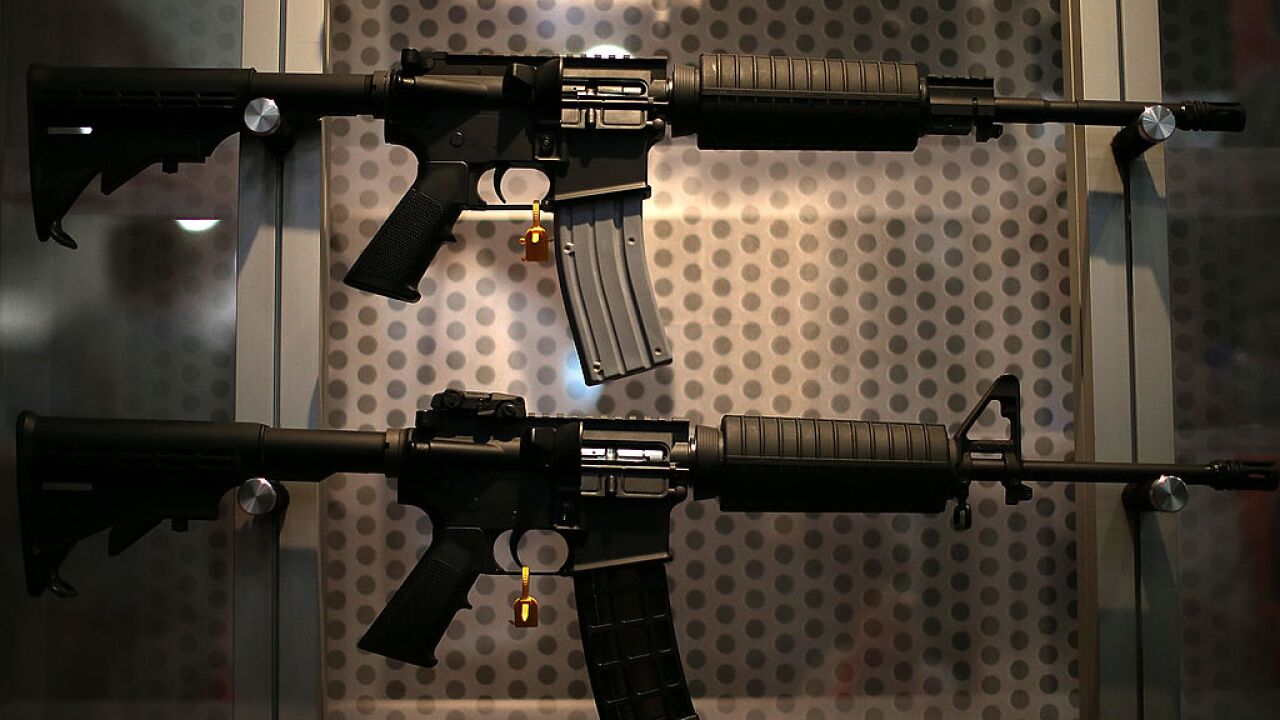 "On 15 March our history changed forever. Now our laws will too. We are announcing action today on behalf of all New Zealanders to strengthen our gun laws and make our country a safer place," Ardern said at a press conference in the capital Wellington.

The announcement came after the country's cabinet agreed to overhaul the law and ban military-style semi-automatics and assault rifles 72 hours after the Christchurch attacks.

"Every semi-automatic weapon used in the terror attack on Friday will be banned," Ardern continued, adding that she hoped the law would be in place by April 11. "This legislation will be drafted and introduced in urgency."

An estimated 1.2 million guns are in circulation in the country, according to New Zealand Police -- one for every three people. Ardern said the buyback scheme could cost between $100 million to $200 million.

Later on Thursday, New Zealand Police announced all 50 bodies from the shootings had been identified. "This means that all victims are now able to be released to their families," Police Commissioner Mike Bush said in a statement.

Arden said a "nationwide reflection" for the dead would be held on Friday -- one week after the attack.

The gun reform proposal will be introduced to Parliament in the first week of April. For it to come into effect, lawmakers need to vote on amending the existing legislation, the Arms Act 1983.

In the interim, New Zealand Governor General Patsy Reddy has signed an order to reclassify some semi-automatic weapons as "military-style".

As a result, many people who legally owned certain firearms will no longer be able to possess them on their existing license conditions.

An amnesty will be put in place for weapons to be handed in from Thursday. Cabinet has directed officials to develop a buyback scheme, and Ardern said that further details would be announced "in due course."

Bush said gun drops would be set up at police stations so citizens could safely hand in guns.

"I can't emphasize enough that in the current environment it is important you do not take your now-unlawful firearm anywhere without notifying police," Bush said. "It is absolutely vital that we manage the safe and organized transport of all firearms into police custody."

Ardern pointed to similar measures taken in Australia following the 1996 Port Arthur massacre as an example for New Zealand to follow, including certain "exemptions for farmers."

Police Minister Stuart Nash said the bill would include "narrow exemptions" for the police and the defense forces, as well as "legitimate business uses" such as professional pest control.

"Some guns serve legitimate purposes in our farming communities," he added, noting that exemptions had been made for .22-caliber rifles and shotguns used for duck hunting.

Immediate action would be taken to prevent people from stockpiling weapons ahead of the change in law and to encourage gun owners to surrender their weapons, he said.

After Australia implemented a similar ban, the country destroyed more than a million weapons, and additional gun buybacks and amnesties have been conducted since. Last year, more than 57,000 weapons were handed in , including a rocket launcher and a World War II machine gun.

Philip Alpers, founding director of GunPolicy.org and a University of Sydney academic, said the buyback "has a good chance of delivering the same life-saving public health benefit as that which followed the 1996 Australian buyback."

There had been a groundswell of support for tougher legislation, with almost 70,000 New Zealanders signing petitions calling for gun control reform, according to TVNZ. On Thursday, crowds gathered outside Parliament in Wellington to deliver those petitions to lawmakers from across the political divide.

New Zealand's Police Association welcomed the planned law changes, congratulating the government for "demonstrating the courage to take decisive action and ban the firearms that have inflicted so much harm in New Zealand."

"I hope that the moves immediately attract cross-party support because it is important for New Zealanders to know that their political leaders are all on board with this extremely important move," association president Chris Cahill said in a statement.

Lobby group Federated Farmers issued a statement backing tougher gun laws but acknowledged that many of its members would not support its decision.

"This will not be popular among some of our members but after a week of intense debate and careful consideration by our elected representatives and staff, we believe this is the only practicable solution," Feds Rural Security spokesperson Miles Anderson said.

"We are trying to tread a responsible path. The wrong guns can't be allowed to get into the wrong hands."

"The terrorist attack in Christchurch last week has changed us as a nation," the party said in a statement. "National has been clear since this devastating attack that we support changes to our regime and that we will work constructively with the government."

The country's Council of Licensed Firearms Owners said in a Facebook post to members that it will "consider these implications and make a statement very soon," adding that it is working "incredibly hard to understand and manage this set of circumstances."