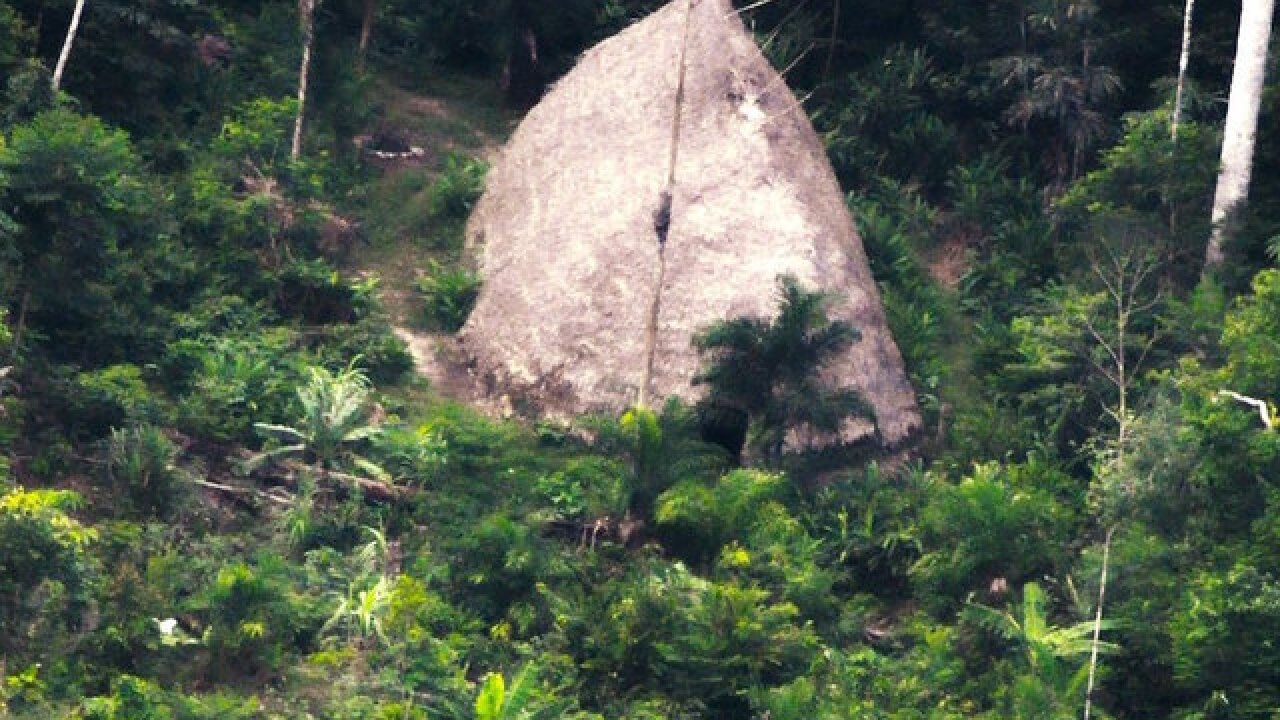 An isolated Amazon tribe with no known contact with the outside world has been spotted by a drone flying over the Brazilian jungle, according to the country's National Indian Foundation.

Footage released this week shows several people walking through a wide clearing made in a patch of dense jungle in the Javary River valley, near the border with Peru.

One of the figures is carrying a spear or pole of some kind, while four or five others stand near what look like thatched structures.

None of the people spotted by the drone appear to notice their observer, which is flying high above the trees surrounding them.

The foundation, known as Funai, is tasked with protecting the interests of indigenous tribes living in the Brazilian Amazon, many of whom have seen their homes devastated by colonialism and foreign diseases, as well as ongoing logging and mining operations.

"It is the only government department in the world which is dedicated to the protection of indigenous peoples who have little or no contact with national society and other tribes," according to Survival International, an NGO dedicated to tribal peoples' rights.

Funai was founded in 1910 by Brazilian marshal and explorer Candido Rondon, famous for his philosophy on interacting with tribes in the Amazon: "Die if necessary, but never kill."

In a statement, Funai said that for the latest survey its team had traveled more than 180 kilometers (112 miles) by boat, truck and motorcycle, before a further 120 kilometer (75 mile) trek through the jungle.

The Javary River region is home to eight contacted tribes, and 11 confirmed isolated tribes, Funai said. "This is the largest quantity of records confirmed groups of isolated indigenous peoples in the country," the agency added.

According to Survival International, there more than 100 tribes around the world living in isolation. While colonial governments often forced contact and integration on tribes they discovered, experts now advise against making contact, and allowing tribes to decide their own fates.

"Imposing 'development' on tribal peoples just doesn't work. Even the new healthcare, even in the richest nations, is never enough to counter the effects of introduced diseases and the devastation caused by land theft. As many tribespeople tell us repeatedly, the new clinics fail to cure them of illnesses that they never knew before," the NGO said in a recent report.

In July, a measles outbreak which hit the semi-isolated Yanomami tribe -- who live in the Amazon on the border of Venezuela and Brazil -- hospitalized dozens of tribespeople and put hundreds more at risk due to the lack of widespread vaccination or resistance to the disease.

As well as the health risks posed by contact with industrialized societies, many tribespeople wish to maintain their traditional ways of life, and have no interest in changing them.

Such appears to be the case for the lone survivor of a tribe in northwest Brazil, who has been monitored by Funai and author pro-tribespeople groups for decades. While NGOs work to protect the man, and occasionally leave him supplies, he has not chosen to make contact and continues to live his life as he has done since birth.

This is perhaps understandable given the fact the rest of the man's tribe is believed to have been murdered by loggers, the unfortunate fate for many tribespeople who live in areas with valuable natural resources, even those with legal protection..