Merkel in Turkey for migrants talks 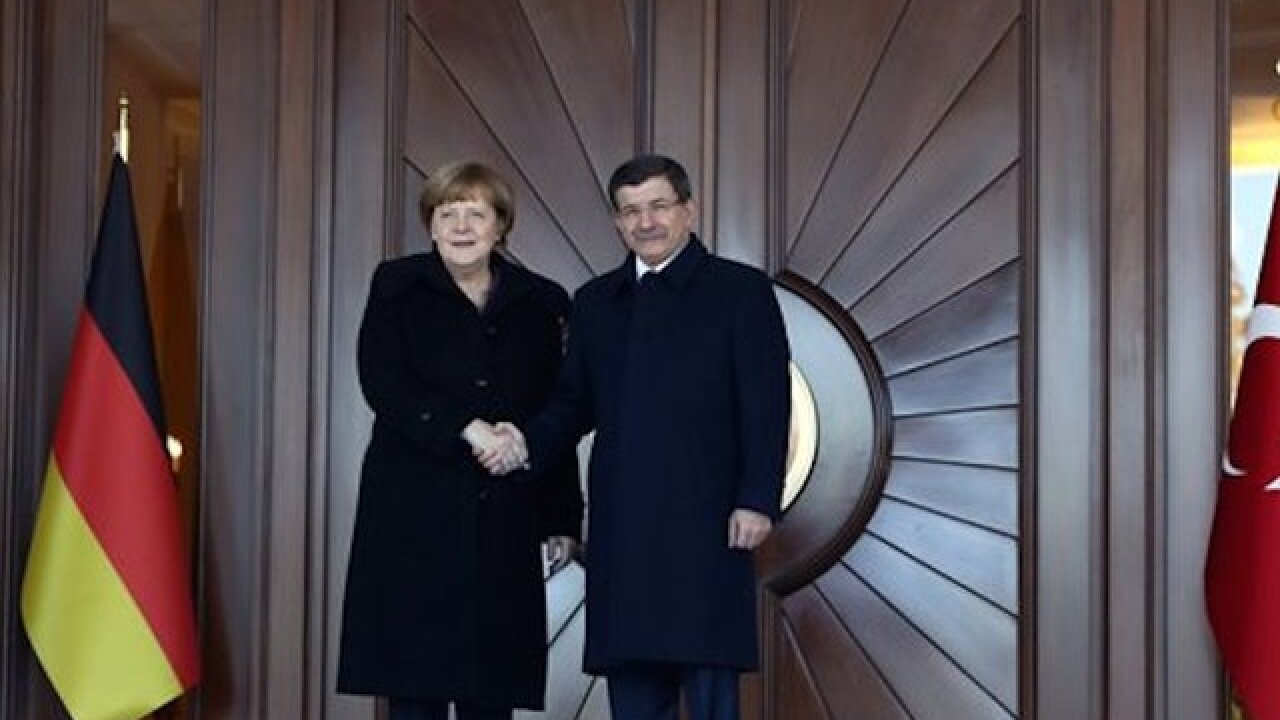 ANKARA, Turkey (AP) — German Chancellor Angela Merkel held talks in Ankara Monday on how to reduce the influx of people into Europe as reports emerged that another 33 people died off Turkey's coast attempting to reach Greece.

Turkey's coast guard said 22 migrants died after their boat capsized in the Bay of Edremit, while four people were rescued. Further south, another 11 people died in a separate boat accident, according to the private Dogan news agency.

The coast guard has launched a search-and-rescue mission, including helicopters, to try to find 14 migrants who are reported to be missing.

The International Organization for Migration says 374 refugees and other migrants have died so far this year while trying to reach Greece. Turkey, a key country on their route to Europe, is central to Merkel's diplomatic efforts to reduce the flow. Germany saw an unprecedented 1.1 million asylum seekers arrive last year, many of them fleeing conflicts in Syria, Iraq and Afghanistan.

In her weekly video message on Saturday, Merkel said European Union countries agree that the bloc needs to protect its external borders better, and that that is why she is seeking a solution with Turkey. She added that, if Europe wants to prevent smuggling, "we must be prepared to take in quotas of refugees legally and bear our part of the task."

"I don't think Europe can keep itself completely out of this," Merkel said.

Her talks in Ankara come as Turkey faces pressure from the EU to open its border to up to 35,000 Syrians who have massed along the frontier in the past few days fleeing an onslaught by government forces.

Turkey, home 2.5 million Syrian refugees, says it has reached its capacity to absorb refugees but has indicated that it will continue to provide refuge.

Turkey agreed in November to fight smuggling networks and help curb irregular migration. In return, the EU has pledged 3 billion euros ($3.3 billion) to help improve the condition of refugees, and to grant political concessions to Turkey, including an easing of visa restrictions and the fast-tracking of its EU membership process.

Turkey has since started to require Syrians arriving from third countries to apply for visas, in a bid to exclude those who aim to continue on to Greece.

Turkey has agreed to grant work permits to Syrians as an incentive for them to stay in Turkey. Ankara has also announced plans to increase coast guards' capabilities and designate human smuggling as a form of organized crime — which would bring stiffer punishments.