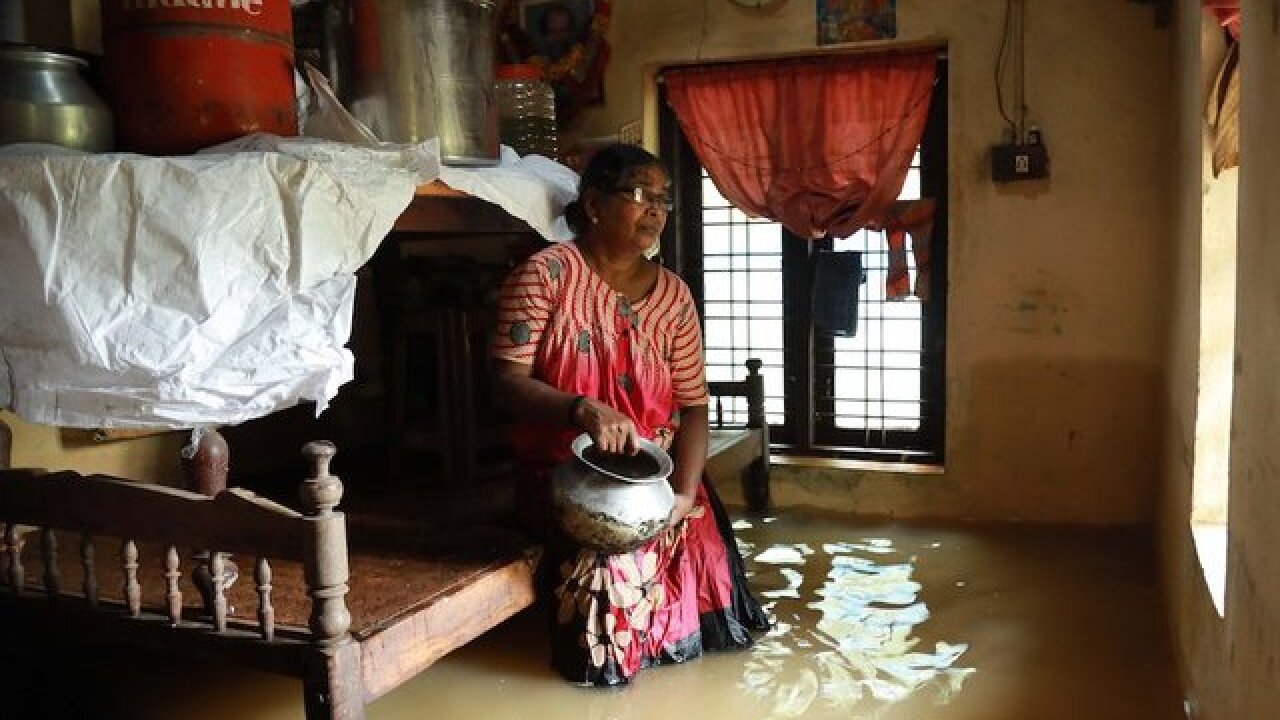 Dozens of people have been killed, and tens of thousands more evacuated, after "unprecedented" flash flooding in a tourist hotspot in southern India.

The area, located on the tropical Malabar Coast, is famed for its network of idyllic waterways.

Another 40,000 people living in low-lying areas have now been evacuated to 350 relief camps, as the downpour caused landslides and overflowed reservoirs.

Monsoon rains are to be expected in India this time of the year. But after days of abnormally heavy rains, authorities on Friday opened the shutters of water reservoirs in an effort to prevent potentially disastrous breaches.

"Our state is in the midst of an unprecedented flood havoc," explained Kerala chief minister Pinarayi Vijayan, in a statement Friday.

"For the first time in history, 27 dams in the state had to be opened. Never before has the state witnessed a calamity of this scale," the minister added.

Over 400 rescue workers from the National Disaster Response Force (NDRF) have been deployed to help with the relief effort, according to the Indian Home Ministry.

More members of the army, navy and coast guard have also been sent in to assist.

While the rain has eased in recent days, more heavy rains are expected, according to Indian Meteorological Department.

A number of tourists were also caught up in the flooding, including 54 holidaymakers who were rescued from the Plum Judy private resort on Friday.