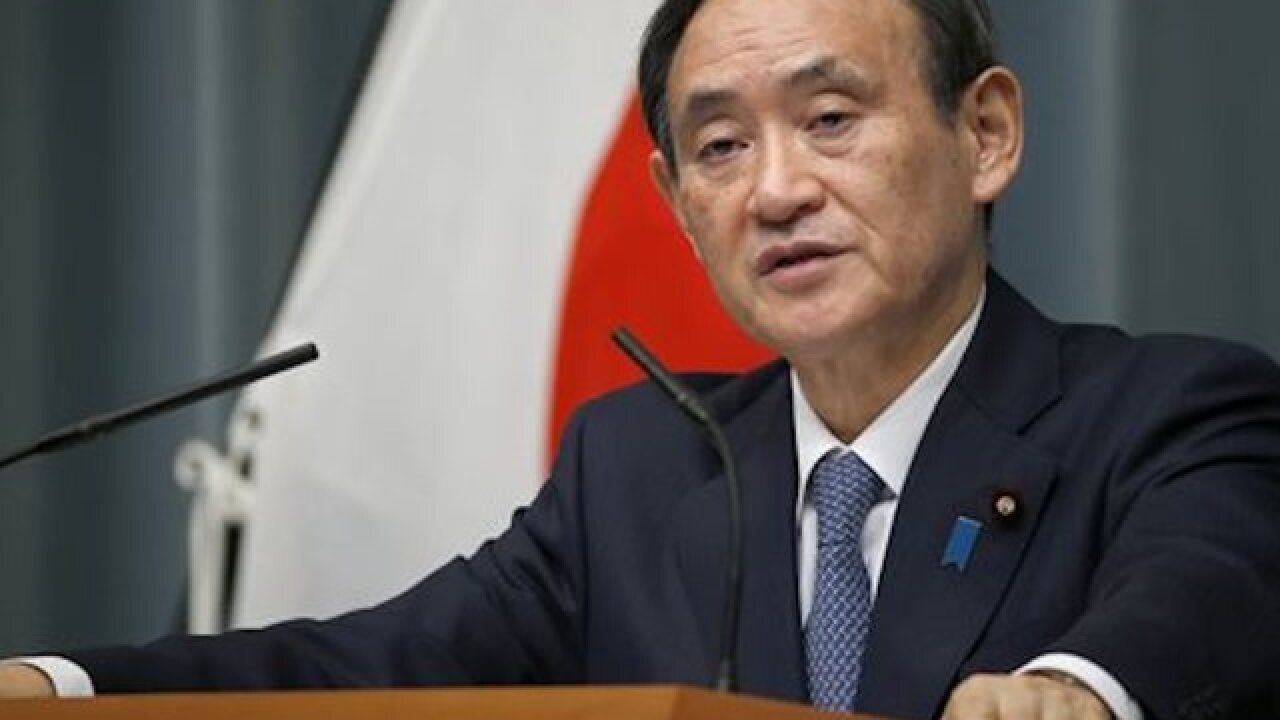 TOKYO (AP) — Japan announced Wednesday that it will impose new sanctions on North Korea to protest a rocket launch seen as a test of missile technology.

The sanctions will include expanded restrictions on travel between the two countries and a complete ban on visits by North Korean ships to Japanese ports, Chief Cabinet Secretary Yoshihide Suga said at a news conference.

"Despite our repeated requests to stop nuclear tests and missile development, (North Korea) pushed ahead with the launch. It has a direct impact on Japan and we need to show our strong determination," Suga said. He said, however, that Japan will keep a door open for dialogue to resolve the still-outstanding issue of Japanese citizens who were abducted by North Korea decades ago.

Suga said the sanctions would be approved by the Cabinet later, and would also require legislative changes in parliament.

Japan in 2014 eased some earlier sanctions on North Korea in exchange for its pledge to reinvestigate the fate of the Japanese abductees. Wednesday's measures go slightly beyond the restoration of the previously eased measures.

The ban on port entry extends to any foreign ships coming to Japan after visiting North Korea. The travel ban will also be broadened to include any foreigners with nuclear and missile expertise who visit North Korea. All money transfers, except for those below 100,000 yen ($880) for humanitarian purposes, will be banned.

Experts say Japan's steps will have little impact except to demonstrate the country's determination, because Tokyo, which has no diplomatic ties with North Korea, has limited relations to begin with and the sensitivity of the abduction issue.

Hideshi Takesada, a North Korea expert at Takushoku University in Tokyo, said Japan has already severed trade and most other exchanges with North Korea, and there is not much left to do. He said there is more room for tougher sanctions elsewhere, including South Korea, where North Korea still earns foreign currencies.

"Japan has a dilemma," he said. "North Korea's missile development poses a serious threat to Japan's national security, but Japan has the abduction issue and it doesn't want to lose its communication with the North."

North Korea launched a long-range rocket Sunday carrying what it said was an Earth observation satellite into space. The launch, which came about a month after the country's fourth nuclear test, was quickly condemned by world leaders as a potential threat to regional and global security.